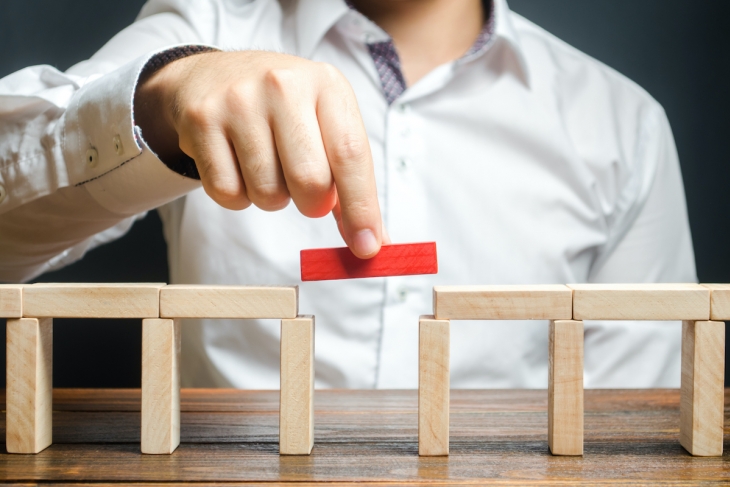 Before the coming of the pandemic, pre-K was a hot topic. It was seen by many as an efficient and reliable way of making sure that our youngest learners—especially those from less-privileged backgrounds—were ready to hit the ground running when their time for kindergarten arrived. And while research generally backs up the notion of a readiness boost, especially as compared to children starting kindergarten without the benefit of formal pre-K, many studies have found that the pre-K advantage tends to fade, even evaporate, during the early years of elementary school. New research from a team led by Ohio State University professor Arya Ansari aims to find out whether this phenomenon is the result of fadeout—that is, pre-K students losing ground starting in kindergarten—or a result of students new to formal schooling catching up with their peers.

This study looks at a sample of low-income kindergarten students in a large, unnamed school district in an anonymous mid-Atlantic state. The total sample comprised 2,581 children whose family income made them eligible for publicly funded preschool in the year prior. Within the sample, there were 1,334 children who had previously attended pre-K (called “attenders”) and 1,247 “non-attenders” whose first experience in formal schooling was kindergarten. Sixty-two percent of the total sample was Hispanic, 12 percent was Black, 11 percent was White, and 15 percent were another race or ethnicity. This diversity was not representative of either the district or the county and should serve as a flag on at least part of the methodology. While both groups in the sample were eligible for preschool, we have no information on why those who chose to avail themselves of it did so, nor why the others did not. Families of 59 percent of students reported speaking Spanish at home, 17 percent reported speaking English, and 24 percent reported speaking another language. Perhaps those non-English speakers who opted for pre-K were looking for language immersion as much or more so than they were looking for an intro to fractions and sharing.

All students were evaluated across a battery of surveys and tests in both the fall and spring. All children were assessed in English unless they failed the language screener. Significantly for this heavily-Spanish-speaking sample, fall tests for those failing the language screener were conducted in Spanish. However, all children were assessed in English in the spring, regardless of language proficiency score at that time. Students’ academic achievement was measured via Woodcock Johnson III. Executive functioning was assessed via established tests of working memory, inhibitory control, and the like. Teachers answered questions on conduct and peer relationships to measure social-emotional skills. The children were also surveyed on their individual kindergarten classroom experiences, including how they felt about their teacher, their classmates, and their general enjoyment of school.

Consistent with previous research, Ansari and his team observed stronger academic skills and executive function among pre-K attenders at the start of the kindergarten year, as compared to their non-attending peers. But there was also clear evidence that both of these gaps narrowed by the end of kindergarten. All children in both groups demonstrated improvements in their academic and executive function skills. However, attenders made smaller improvements than did non-attenders. By spring, attenders’ initial advantage had been cut by more than half in academic skills and nearly half in executive functioning. Pre-K attenders also lost ground in social-emotional skills, although the differences between the groups was very small in both fall and spring. Overall, the researchers conclude that this gap-closing is primarily a result of non-attenders catching up, not attenders slowing down. They also determined that just one-quarter of this gap-closing was being driven by factors inside the classroom—namely, that many of the skills being learned in kindergarten were easy for non-attenders to pick up once instruction got started for them—and that factors outside the classroom and out of their realm of study must be responsible for the other three-quarters.

However, selection bias, as noted above, cannot be ruled out as a contributor to the findings. While a random assignment study of this type is likely difficult to create, it would be the best way to truly investigate the factors at work here. More rigorous studies have shown that, while low-income students will typically start kindergarten below their higher-income peers—in terms of readiness—with or without pre-K “treatment,” fadeout of the type observed here is not inevitable. One such report in 2017 identified several schools across the state of Florida, which bucked that trend with a vengeance. Success is likely down to the classroom and the individual teacher, and the “special sauce” has proven elusive. Perhaps the teachers in this study simply ignored the readiness level of the attenders and started at the beginning for every child. That could explain both the convergence of academic skills and the observed lowering of social-emotional skills and “elevated levels of conduct problems” among attenders.

Giving kids a great start in kindergarten is too important an endeavor to leave to chance. We cannot simply blame outside factors when we know that kindergarten (and pre-K for that matter) works for some kids and not for others. If the evidence of pre-K fadeout is found in the kindergarten classroom, that is where it must be defined and combatted.