Use pandemic recovery funds to empower both schools and families 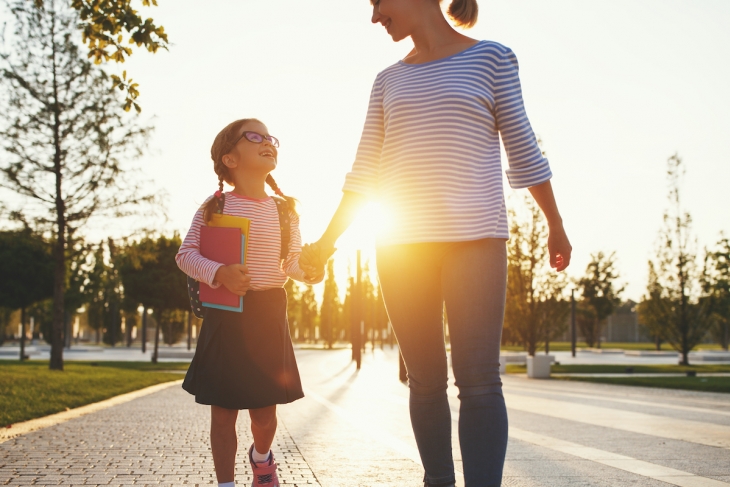 Nearly every parent of school-age children had to create from scratch a home learning environment using online technology and rebundling school services to meet their needs.

Most parents accepted whatever education services their district offered, supporting their child’s learning as best they could. But others sought new learning options.

A study from Tyton Partners calculates that, during the 2020–21 school year, 15 percent of parents changed their child’s school, a rate 50 percent higher than pre-pandemic levels. Overall, 2.6 million students exited district and private schools, enrolling in charter schools, home-schooling, micro-schools, and other options. Thirteen percent of families also enrolled their children in small learning pods, supplementing what was provided by their traditional schools.

In doing so, these parents exercised their agency to work with like-minded community members, many of whom were outside the current K–12 system—call them civic entrepreneurs—to create new organizations or expand existing ones to meet this demand.

There is now an unprecedented amount of K–12 federal dollars—around $190 billion and counting from three new pandemic-related programs—for people and programs to remedy the huge academic, social, and emotional toll that Covid-19 imposed on young people and their families. Ninety percent of that huge sum, $171 billion, is going to school districts—which, says the Congressional Budget Office, may not exhaust the stimulus dollars until 2028.

As John Bailey, an American Enterprise Institute nonresident senior fellow, points out, this doesn’t include other flexible federal recovery benefits going to state and local governments that can be used for many purposes, including education. He counts in this the American Rescue Plan’s Child Tax Credit, now going to 35 million families and totaling some $15 billion. He notes that 10 percent of families reporting that they’re using these funds for education, including tutoring, tuition, afterschool programs, and school supplies.

How should K–12 stakeholders and other community members think about using this unparalleled flood of new dollars to support students and families?

I believe that states and localities have two ways to mobilize their local communities, beginning now and continuing into the future. The first way may be termed bureaucratic mobilization, the second family mobilization.

The first approach focuses on the usual K–12 stakeholders—e.g., state departments of education, local school districts, superintendents, teachers unions, etc. They’re programmed to do what they usually do, especially in a time of crisis, when they get additional money: preserve their vested interests.

The Center for Reinventing Public Education says as much in its review of initial plans for Covid emergency relief spending in one hundred districts: “Districts appear to be doubling down on what they know: more time [on task for students], more staff, more capital spending.”

The second approach has some of the traditional stakeholders, but many more who are not—for example, parents seeking new schooling alternatives, nonprofit and community leaders, as well as other concerned citizens. They are driven to do something different to achieve a common goal. They’re mostly K–12 outsiders who come together voluntarily to expand or develop new capabilities and capacities, either through an existing organization or by creating a new one. And sometimes what they do is messy and coordinated badly, if at all, with the traditional K–12 bureaucracy.

A new analysis by Bellwether Education Partners gives initial insight into one category of these civic actors, the parents of what it calls “the overlooked”: an estimated 10.8 million students—one in five of the nation’s school children—whose families didn’t get what they wanted from their children’s schools over the last eighteen months. These comprise three distinct groups, dubbed the movers, the missing, and the muted. In short, these are, respectively, parents who moved a child to a new schooling option; chose not to enroll a child in formal schooling, making them missing from school; or were muted because they couldn’t access the educational setting they preferred.

Covid-19 shock threw longstanding arrangements among home, school, and community institutions into disarray. As states and communities begin to use their new federal resources, they should employ both mobilization approaches as they work to support families and students. This effort reflects a distinctive American understanding of politics: local civic engagement across the entire community supporting collective action for the common good.

This opportunity is not lost on K–12 leaders. Deborah Gist, superintendent of schools in Tulsa, Oklahoma, says, “None of us...ever wanted to go through this. [But] we have a chance now to make it something that will change teaching and learning forever for the better.”

Editor’s note: This is a lightly edited version of an essay that was first published by The 74 Million.