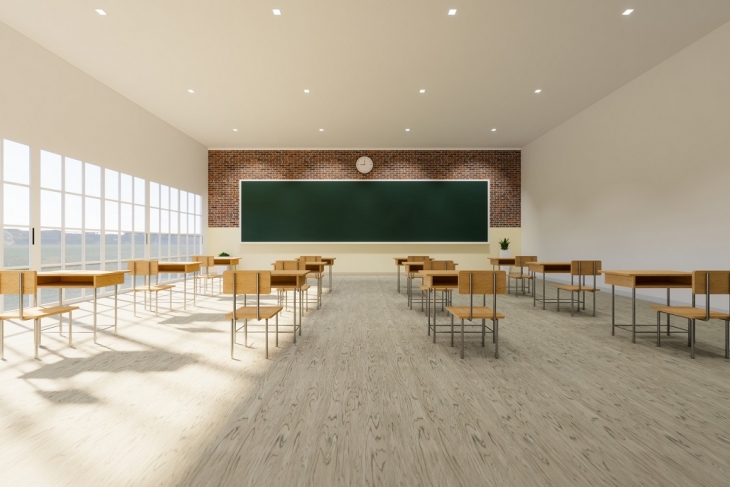 With all of the sniping back and forth about if or how schools will reopen this fall, the outlook for the coming school year is looking rather grim. Many school districts find themselves in a political pressure cooker, full of tensions about to bubble over as the resumption of school draws nearer. Educators remain caught in the tug of war between economists and epidemiologists. The result being that schools have resigned themselves to—absent a vaccine—various degrees of bad.

Indeed, the low spirits seem warranted, but what if—unbeknownst to the defeatism in our midst—schools are backing into something of a silver lining? Since time immemorial, the education establishment has sung the praises of smaller class sizes, despite the limited evidence. Teachers, the argument goes, would be able to provide more individualized attention and students would be able to learn faster and perform better. Because of the enormous costs involved, the class size debate has historically been fought at the margins—going from maximums of say 25 students in a class to no more than 21 students.

In the Covid era, such numbers are bush league. To keep students six feet apart, what schools have been talking about for months now are class sizes of twelve or fewer children. For New York City’s 1.1 million students, those that return could see class sizes fall from the typical thirty to no more than a dozen, and that’s including teachers and aides. It’s a move understandably born out of necessity, but rather than viewing social distancing purely as a thorny equation to be solved, what if schools also saw it as a serendipitous reason to drastically reduce class sizes?

At first glance, it might seem like a stretch. Given how bizarre and varied this coming school year will be, almost everything will have an asterisk next to it. It remains to be seen whether twelve or fewer students per class is even possible at scale as no state allots sufficient classroom size for six-foot-spacing in the average 21-student primary or 25-student middle school classroom. Moreover, the ratio of distance to in-person person learning could nullify any class size effect if students are in the building less than full-time because of rolling closures or staggered scheduling.

Even so, it’s not hard to imagine schools being able to sustain both smaller class sizes and being open five days a week for all students if upwards of forty to sixty percent of parents continue to elect homeschooling. And if more money is made available, enterprising leaders could also seize on this moment to employ college students and recent grads to lower class sizes even further vis-à-vis large scale tutoring programs. Either way, this will be class size reduction at a scale we haven’t previously seen—and likely won’t see again post-Covid—as once overcrowded classrooms become sparsely populated overnight. Without minimizing all of the challenges schools and teachers will face when the schoolhouse doors swing open once again, this seems like a unique opportunity to be taken advantage of if schools know what to do with it.

The most obvious goal would be to seize this window to prove what’s possible when class sizes are exponentially lowered. It’s one thing for union apparatchiks to argue for more money and staff in a vacuum; it’s quite another to have one year’s worth of hard data to illustrate the difference. This would mean going ahead with state testing in 2021, something that the forces of resistance and repeal have already started to scramble. But if they can manage to get out of their own way, the upcoming experiment in class size reduction could be a win for students and status quo sympathizers alike.

Of course, loosening the restrictions on classroom density (e.g., reducing the six-foot requirement to three) or a mass resignation of upwards of twenty percent of teachers would make it difficult to keep classes so small, to say nothing of the improbability of face-to-face schooling in areas where the virus is spreading explosively. Yet most students will assuredly return to school in some fashion this fall, and even if it’s not full-time, the chances are good that most classrooms will be significantly de-densified.

The irony in all of this is that after years of lobbying to bring down class sizes, teachers unions are about to get their wish, albeit not under the circumstances anyone would have imagined or preferred. To be sure, lower class sizes probably won’t lead to meaningful academic gains if schools approach the teaching and learning of twelve students the same way they approach thirty. By the same token, student improvement at a time when few are expecting much from our schools would speak volumes on the need to keep classes small long after the fog of pandemic has lifted.