The underwhelming effects of stereotype threat on standardized tests 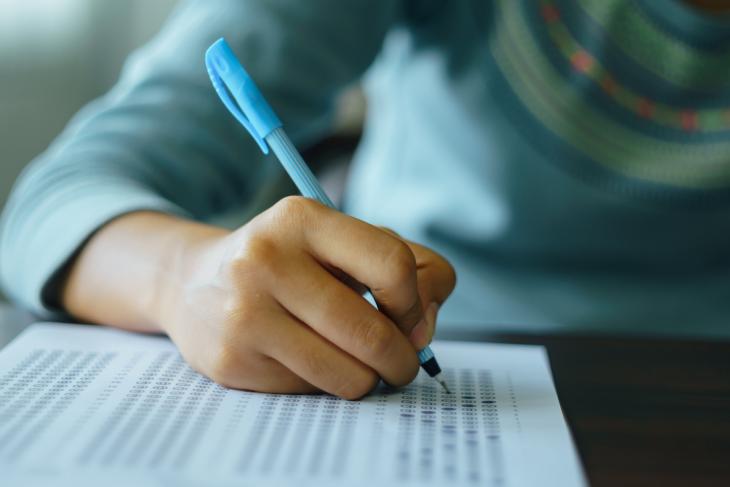 Stereotype threat is when people inadvertently conform to negative stereotypes about a group they are in, for example their race or gender. A recent meta-analysis on the effects of stereotype threat has important implications for equity in the education system, the validity of standardized tests, and for teacher preparation.

Researchers from the University of Minnesota—Twin Cities analyzed the results of 212 lab experiments of the effect of stereotype threat on test scores. Although numerous studies have shown that, for example, telling female students that females generally perform worse on the a test immediately before they take it makes them do worse than if they take the test with no advance priming or prompting, these researchers divide the studies into those that are more and less realistic to test-takers.

They find that the effects of stereotype threat are much lower, even nonexistent, under conditions that are most realistic for actual students, and that the best studies—for example, those with the largest sample sizes—had the smallest impact, including null effects in some cases. So that idea about telling students before they take a test that their group generally underperforms on that type of test? No actual teacher would ever do that. The more practical scenario, where, for example, a student fills out some demographic information about themselves before taking a test, has, at worst, a very small negative effect.

The researchers also looked at the impact of stereotype threat in higher-stakes environments, like the SAT, where we would be most worried that it could invalidate the results of tests. When they looked just at studies where participants were given cash incentives for performance on the exam—which obviously makes participants take the experiment more seriously—there was no clear effect of stereotype threat at all.

The researchers conclude that the burden of proof should shift to those who think that stereotype threat has any substantial effect on standardized test takers, although, of course, the implications of this research go well beyond just standardized tests.