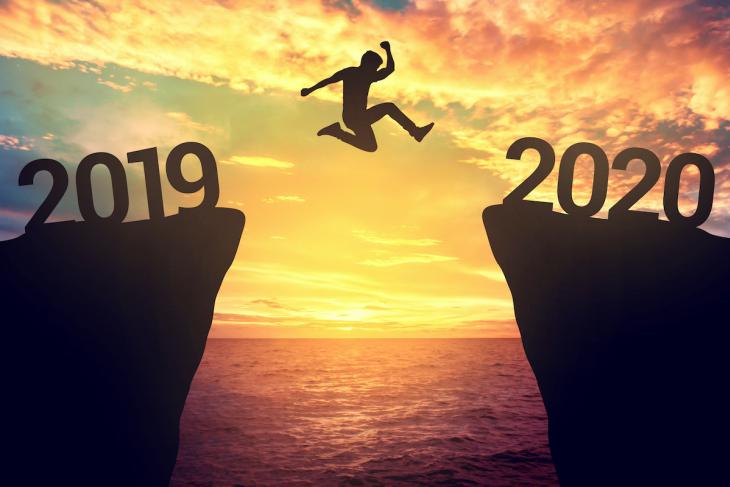 2019 was quite a year for education reform. We saw many conversations about what conclusions to draw from NAEP scores, how to help accelerated learners, the ineffectiveness of restorative justice practices, and what it would take to bring research-based literacy instruction into our classrooms. To mark the end of a decade, and the end of 2019, here’s a countdown of the year’s nineteen most popular posts:

19. “Instructional coaches: The heroes of the Golden Age of Educational Practice,” by Michael J. Petrilli. Mike is glad that more and more teachers have access to instructional coaches, especially those in high-poverty schools. He puts more stock in the effectiveness of “social learning” to shape instruction than in imposing rewards and punishments on teachers, and makes the point by showing how healthcare workers in Bangladesh used a person-to person education campaign to improve practices there.

18. “Even more social engineering in New York schools,” by Chester E. Finn, Jr. The New York City Council decided that every school in their community school districts would have to develop a desegregation plan, making a complicated school admission system more complicated. What’s worse, Checker explains, is how this decision threatens the quality of selective schools that already have a strong record of helping underserved students succeed.

17. “At least encourage the crazy ones: How to reward our highly motivated students,” by Frederick M. Hess. With all the attention going to closing the achievement gap, many accelerated students get little attention in the education reform movement. Rick offers a solution inspired by The Concord Review: Use guided essay writing to let motivated students explore topics they’re passionate about.

16. “To help students who are several “grade levels” behind in reading, focus on building—and assessing—students’ knowledge,” by Natalie Wexler. You can’t improve literacy without teaching content knowledge. Natalie expands on how an approach based on this fact would help educators prevent students from falling behind and identify those that have.

15. “Evidence-based products won't sell themselves,” by Michael J. Petrilli. It seems that the whole “If you build it, they will come” mantra doesn’t apply to education products. Mike explains how crucial good marketing is to getting these products in the classroom. He warns that even the best ones may perish if they can’t compete.

14. “Practicing humility when it comes to evidence-based practice,” by Michael J. Petrilli. Despite the zeal of reformers, even the best reforms might not work everywhere or as intended. With this in mind, Mike encourages education advocates to keep in mind the limits of existing education research, and the gaps within in it, when making recommendations.

13. “Rampant grade inflation is harming vulnerable high schoolers,” by Brandon L. Wright. Grade inflation doesn’t just hurt struggling students, writes Brandon. He shows how even high school valedictorians who make it to elite colleges suffer when they arrive on campus unprepared. He urges states to focus on efforts to check for grade inflation and stop risking the future of their students.

12. “Knowledge is power: Why our students need less of Franklin's wit and more of Madison's wisdom,” by Dr. David Steiner. David draws a contrast between Benjamin Franklin’s focus on practical skills and James Madison’s focus on theoretic wisdom and how it applies to our education system. The error of the former created today’s problem where students are taught “critical thinking skills” but no common base of knowledge to draw from. He believes it’s time to give all students access to a common trove of wisdom.

11. “Restorative justice gone wrong: One mother’s horror story,” by Julia Carlson. Julia shares her nightmare experience with flawed discipline practices. Her son was bullied for a month—without consequences for the bullies—because his school decided to embrace restorative justice practices. School leaders did little when she confronted them, causing her to pull her son from the school and reconsider her previous support for its practice.

10. “Ed reform’s lost decade: Twilight of the technocrats,” by Robert Pondiscio. Robert believes the 2010s were marked by the misguided optimism of reformers who viewed good standards and accountability policies as a panacea for education ills. But they were wrong, and he hopes reformers in the next decade shift the movement’s center of gravity to on-the-ground changes inside classrooms rather than big structural changes outside of them.

9. “Reading between the lines: What states can do about America’s literacy challenge,” by Joanne Weiss. What if states took the initiative in supporting student knowledge-building? Joanne pitches this as a solution that would help educators know what content to teach and which texts to use so that their students can read on grade level.

8. “The worst news from NAEP,” by Max Eden. The release of NAEP scores this year sounded many alarms for education reformers. One concern Max points out is that reform efforts failed to deliver for African American students. But he also asks which policies are to blame for this outcome.

7. “Dear teachers, most of the popular lessons you found online aren't worth using,” by Amber M. Northern and Michael J. Petrilli. The market for instructional materials for educators is so vast that even Amazon wants a piece of the pie. The bad news, write Amber and Mike, is that while teachers turn to the internet for quality content to use in teaching, “the sites they’re turning to are often providing subpar versions of it.”

6. “Curriculum advocates: Prepare for a long, hard struggle,” by Robert Pondiscio. Robert likes the reform movement’s recent attention to curriculum. He even imagines a future where entire states adopt high-quality, knowledge-rich curricula—and still see no improve improvement in NAEP scores. That’s because curriculum adoption is only half of the battle. He hopes reformers turn their attention now to implementation.

5. “Staying on the shelf: Why rigorous new curricula aren’t being used,” by David Steiner. David paints a picture of your average, motivated middle-school teacher told to switch to a new curriculum after one day of training. Left alone to juggle multiple contradictory instructions from state standards, her principal, and her previous training, she gives up and returns to her old curriculum. This lack of teacher support and incentives will have to change to raise learning outcomes.

4. “When a school is improving, stay out of the way, warns an important new book,” by Robert Pondiscio. Robert reviews Eric Kalenze’s book, What the Academy Taught Us, and draws insights from its sad but enlightening ending. It tells of an effective teacher-led intervention system that began lowering dropout rates—until the district decided it had “better” ideas.

3. “How much knowledge is necessary for comprehension?,” by Robert Pondiscio. What does a game of Jenga have to do with teaching reading comprehension? Pull out just enough blocks, says Robert, and the tower falls, much like how the meaning of a lesson can hinge on an essential vocabulary word or concept. Here he reviews a study that has some implications along these lines.

2. “Restorative justice isn't working, but that's not what the media is reporting,” by Max Eden. Max reviews a RAND school discipline study that runs counter to the narrative of restorative justice advocates. But, he notes in frustration, the study’s authors—and subsequently the media—framed the results in a way that obscures the concerning findings.

1. “The scourge of education malpractice,” by Dale Chu. Emily Hanford’s radio documentary lays the problem of kids being poor readers at the feet of inadequate—even harmful—teaching practices. Dale, in what was Fordham’s most read article of 2019, took this knowledge to his own daughter’s reputable kindergarten to ask about their approach to literacy, only to find that it relied on such practices. Children with invested parents will learn to read well regardless of this, he writes, but what does that mean for less fortunate students? 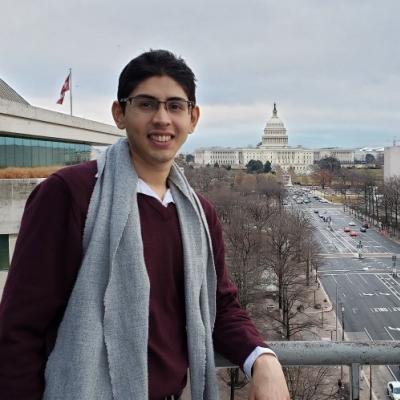 Pedro Enamorado is a production and staff associate with the Thomas B. Fordham Institute. He produces Fordham's Education Gadfly Show podcast, and oversees report production. He is a Miami native and holds a bachelor’s degree in history from Yale University. He also holds an associate’s degree in political science from Miami-Dade College, a primarily two-year institution from which he transferred to Yale. Prior to working…