When a school is improving, stay out of the way, warns an important new book 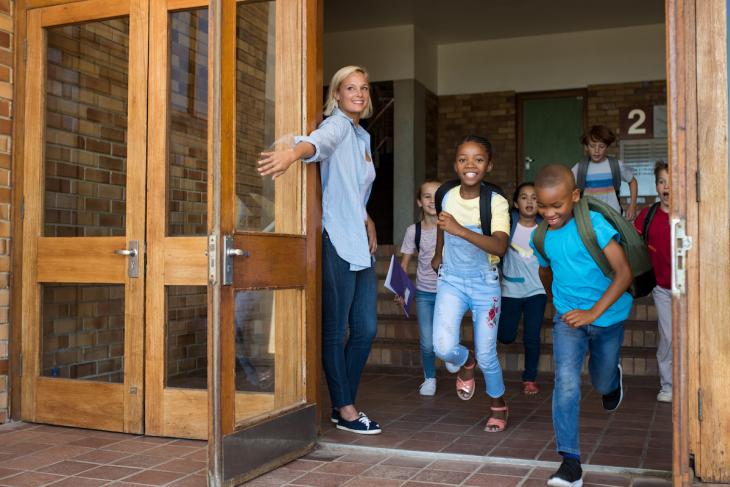 There’s a not-so-secret tension that separates frontline educators from ed reformers, policymakers, and even district office poobahs. This tension, and the cost of top-down initiatives disrupting what’s working on the ground, form the through line of Eric Kalenze’s important new book, What the Academy Taught Us. I’ve made no secret of my admiration of Kalenze and his work as the American face of England’s ResearchED movement. His book shows off his gifts to good effect: He’s one of the few working educators who isn’t reflexively hostile to school improvement and education reform efforts—even when those efforts go sideways.

The academy of his book’s title is “Sophomore Academy,” an initiative circa 2004 at Osseo Senior High School in suburban Minnesota, just north of Minneapolis, where Kalenze taught English. A few years into his tenure, his principal, Dr. Robert Perdaems, approached Kalenze about an issue he’d noticed while studying the school’s data. “Dr. Bob” recognized that kids who dropped out or failed to graduate on time had all ended their sophomore year behind in credits. “In essence, every incoming sophomore class contained a group of invisible dropouts,” he writes. “Kids who were on their way to dropping out but didn’t know it yet.” The book also details how Dr. Bob built other school-wide improvements, turning much of the design and execution work over to a nucleus of teachers—a kitchen-cabinet group called “CSI” (for “Continuous School Improvement”)—which brought greater focus to each year’s improvement plans and played a key role in building staff buy-in and participation.

Kalenze describes how teachers on the CSI team, which he was enlisted to join, worked together, set priorities, and carried them out to create a sense of “individual belonging and shared community” among at-risk students, moving them academically from “stable to able.” In his telling, Kalenze and his colleagues all gained as professionals through this “bottom-up” teacher-led initiative. And it bore fruit. “Within the structures that Dr. Bob created when he commissioned the Sophomore Academy—not an off-the-shelf, comprehensive program—we were given the freedom to make a real difference when it mattered most,” Kalenze writes.

But it’s not a story with a happy ending. The book morphs into a cautionary tale of “how educational leadership is now done across much of the U.S. and how the already challenging job of continuous school improvement has become incredibly constrained and difficult.” A few years into its run, CSI and Sophomore Academy suffered deaths by a thousand cuts—not just budget cuts, but the inability to protect the initiative from the effects of “transformational system change,” detailed in a chapter drily titled, “The District Knew Best.” School improvements that actually work, Kalenze writes, “are never quite sexy or bold enough to attract the same degree of attention” as personalized learning, education technology, or even yoga breaks.

The district’s vision and goals were “decidedly disruptive,” Kalenze writes. Its word-salad strategy was “to create transformational system change to ensure equitable student achievement.” In sum, the district “had clear ideas about what needed transforming, and they ordered these ideas up for everyone,” including standards-based grading practices, a “digital-learning plan” featuring iPads for everyone, and standardized behavior practices “informed by racial-equity focused professional development.” None of these “had strong enough evidence to justify their adoption,” Kalenze writes, but “all of them had large impacts on schools’ operations, required high costs to enable, and kicked up considerable animus from the districts practitioners and parents.” Predictably, none of them did much to improve student achievement.

To his great (and bewildering) credit, Kalenze tells all this without resentment, but the upshot is clear enough. Losing the “bottom-up” improvements midwifed by Dr. Bob “eroded the overall professional culture” at Osseo High School. “Over time, teachers went from feeling that their impact was not valued to suspecting district leadership did not trust them, period.” Kalenze’s purpose is to offer some clarity around continuous school improvement before it becomes the Next Big Thing that everyone talks about but nobody does (or even understands) very well. He concludes with a list of basic improvement principles that he notes would fit onto a single PowerPoint slide, including identifying problems accurately, matching the right people to each improvement initiative, giving those people active roles in those improvements’ design and communication, and respectfully building and maintaining school-wide harmony. Kalenze’s valuable book is intended to rescue “continuous improvement” from cheerleaders and champions in the world of think tanks and Ted Talks. But it is equally useful as a cautionary tale. When something is improving, continuously stay out of the way.

SOURCE: Eric Kalenze, What The Academy Taught Us: Improving schools from the bottom-up in a top-down transformation era (John Catt Educational, 2019).