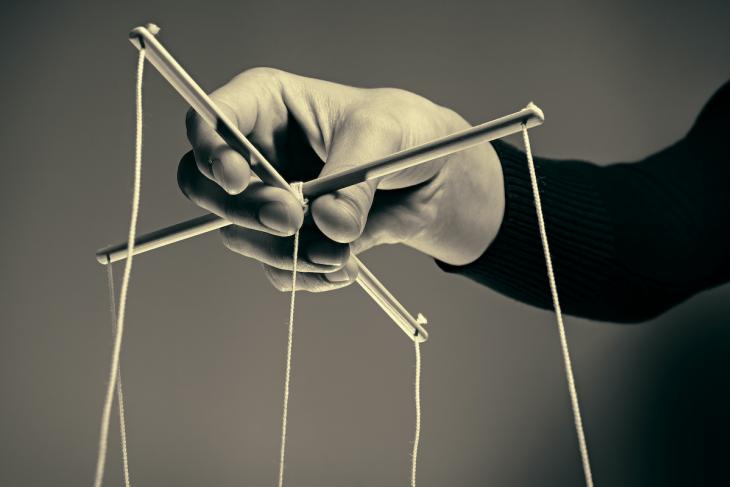 When the New York City Council moved the other day to require every one of the city’s thirty-two community school districts to develop a school desegregation plan, it was advancing a major initiative by Mayor Bill de Blasio, his schools chancellor Richard Carranza, and a sprawling advisory panel, all of them committed to rooting out every form of selectivity and “disparate impact” in the offerings of the country’s biggest public school system. Yes, that’s the same gang that’s been applying “disparate impact” reasoning to admissions to the city’s famous “exam schools”—places like Bronx Science and Stuyvesant—and seeking to replace test-based entry with something that would yield pupil populations more akin to Gotham’s complex demographics. And, yes, that’s the advisory panel that recently recommended ending the city’s sparse (and much sought) gifted-and-talented classrooms in earlier grades.

The city council was also following the lead of several of those community districts, which have implemented or are developing “diversity plans” of their own. One such district, #15 in Brooklyn, has been in the news lately. Located not far from the borough’s eponymous bridge and incorporating Prospect Park, as well as neighborhoods that are probably more varied, both racially and economically, than any of New York’s other thirty-one districts, it contains eleven middle schools.

How kids end up in which schools in New York is truly complex, not to say byzantine, both for those of us attempting to describe the process and—far more so—for families having to navigate it. For the most part, elementary pupils attend their neighborhood schools, if they don’t enroll in one of the city’s well-regarded charters or myriad private and parochial schools, although there are ways to gain access to more distant schools, particularly if one is gifted, disabled, or limited in English proficiency. At the high school level, which operates as a city-wide system rather than under the community districts, families have city-wide choices and every eighth grader is expected to rank order his or her top dozen out of more than four hundred options, many of which are specialized, often have prerequisites, and also get to rank-order their applicants! The upshot is that thousands of teenagers travel (usually by public transportation) to faraway schools that have something they want, while many more thousands end up in all-purpose high schools not far from home.

The middle school part involves choices and rankings, too, but generally within the community district where one resides, which for those living in District 15 ordinarily means one of the eleven middle schools. Over the years, according to the Washington Post, “criteria set by each school played a big role in deciding who went there. Certain middle schools required high test scores and excellent behavior ratings from elementary schools, and affluent families gravitated to them. Over time, various schools won reputations for excellence, and with each passing year, their incoming classes grew whiter and wealthier.” Conversely, other schools wound up with mostly poor and minority pupils.

Unlovely student distributions of that sort occur from time to time throughout the world of school choice, especially where the good stuff is limited and rationed, competition for it is intense, and families therefore must strategize, game the system, and pull strings to produce satisfactory placements for their daughters and sons. That, of course, is a major reason for encouraging the creation of lots more quality charters and voucher programs (which New York doesn’t have) so as to boost access to more excellent classrooms for more kids, particularly poor and minority youngsters. District 15 contains eleven charter schools, of which several serve the middle grades—and have exceptionally diverse pupil populations. But instead of creating additional quality options, state lawmakers have capped the creation of charters in Gotham, and the leaders of District 15—and now the entire city—have opted to rejigger the admissions process so as to distribute kids “more equitably” across the schools that exist, be they good, bad, or indifferent.

This is fairly termed social engineering, and it has been reenergized by today’s political environment, which not only celebrates diversity over quality and mandatory over voluntary, but in the K–12 space is also pressed by desegregation hawks for whom just about the worst thing that can be said about a school is that it’s racially or socioeconomically homogeneous.

The early returns in District 15 have generally pleased the hawks and engineers. The city council was informed that when school opened this fall, eight of those eleven middle schools “met targets of having 40 to 75 percent of its students from low-income families learning English as a new language or living in temporary housing—up from just three schools last year,” and the district’s overall population of white students remained stable. But the new rules didn’t work for everyone: Of the forty-five children that the rejiggered system assigned to Charles O. Dewey middle school, which has long been almost entirely minority (mainly Hispanic), and which gets a rating of 3 out of 10 from GreatSchools, most never turned up there. They evidently shifted into charter or private schools or moved out of District 15 altogether. Meanwhile, reports the Post, “the percent of kids from priority groups enrolled in Dewey’s sixth grade class went from 95 percent last year to 92 percent this year.” Bottom line: not much integrating, early signs of middle-class exit.

It’s not fair to conflate today’s “managed choice” with “forced busing,” but some similarities bear noting. Both are social engineering schemes devised by experts and officials confident that they know what’s best for kids and that manipulating who goes where to school is a way to bring about their vision of a better society. In neither case are parents trusted to know what’s best for their kids. But because, in a free society, no family can ultimately be compelled to do something it views as bad for its daughters and sons, those with the means and savvy to foil the social engineers will do so—and in my view should. The only policy sin is not to equip many more families with the means to do so. In consequence, the engineers are most successful in working their will on those with the least.

Even then, they face limits. One of the most imaginative of the engineers, Richard Kahlenberg, estimates that just nine of New York’s thirty-two districts have sufficiently diverse populations that shrewd assignment algorithms could ever yield significant integration. Middle schoolers in the other twenty-three districts would have to travel far afield.

I’m no fan of free-for-all school choice. Experience has shown that many parents will settle for inferior schools so long as they’re safe and convenient, that many schools of choice offer less than quality education, and that adroitly navigating a complex set of varied choices is daunting for lots of families.

That said, many families don’t like being manipulated and will go to great lengths to evade the manipulators, particularly when they believe—for whatever reason—that the manipulators’ goals and priorities are not in the best interest of their own children.

Sometimes those reasons are less than admirable. Yesterday’s mandatory busing triggered a lot of white flight (and some middle-class black flight) from local public school systems, sometimes just because of distance, time-on-bus, and family hassle, but often because parents really didn’t want their daughters and sons to attend school with more of “those” kids. Some of that may be going on today in Brooklyn, too, but it’s at least as likely that the middle-class families opting out of District 15 are doing so because the schools the engineers would have their kids end up in aren’t as good as the schools the parents seek for them. If that means exiting the system’s schools in favor of charters, private schooling, home instruction, or schools in other parts of the city or in the suburbs, many of those who can will.

Elsewhere, some mayors, superintendents, and chancellors organize their manipulations to retain as many middle-class families in town and children in their schools as possible. Daley did this in Chicago and Bloomberg in New York. San Diego’s Kevin Faulconer is on a similar quest today. They have good reasons to do so—sustaining the tax base, retaining jobs, retaining tranquil neighborhoods, retaining the many amenities and services that middle-class families gravitate to—and retaining demographic diversity, too. It’s ultimately a way to avoid segregation. But it does invite gentrification—another of today’s taboos. And it nearly always requires the existence of good schools, the kinds that college-educated, middle-class parents are apt to insist on, enough such schools that they’re both geographically accessible and relatively easy to get into, while accepting the inevitability that enrollments in those schools are not likely to end up mirroring citywide demographics.

Klein created more exam schools, encouraged gifted-and-talented and Advanced Placement programs, fostered city-wide high school choice, broke up vast and dysfunctional units into more manageable and focused schools, assisted in the birth (and housing) of many first-rate charter schools, gave successful principals greater control of their schools’ staffs and budgets, supplied parents with clearer information on school performance, sought out curricula with evidence of success, boosted teacher quality and pay (and expedited the entry of more talented people into classrooms), in effect outsourced a number of schools to solid organizations such as the Urban Assembly, and did his best to close the very worst schools when he could not transform them.

The de Blasio team has moved in very different directions on almost all of these fronts. (Not all. They’re doing a creditable job of pushing AP into many more high schools, a welcome combination of equity and acceleration.) In seeking to undo what they view as elements of elitism and exclusivity, buying into a “disparate impact” view of just about everything, and opening themselves both to identity politics and social engineering, they can be expected to continue dismantling the kinds of programs and schools that draw middle class and upwardly mobile families while re-engineering access to what remains. Though hizzoner has lately seemed more attentive to pursuits far beyond Gotham, two years remain in his mayoral term. That’s plenty of time for a lot more mischief in education, as well as innumerable other realms.