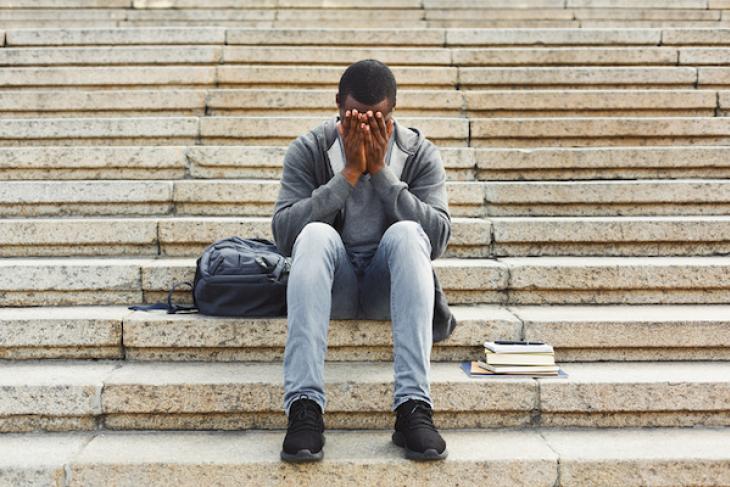 “Being valedictorian, it didn’t mean anything,” said Shanika Bridges-King about her time at Bryn Mawr to the Boston Globe last month, as part of a series of exposés. Reporters spent a year tracking down the city’s public high school valedictorians from the mid-2000s to learn how their lives had turned out. “I didn’t understand anything I read. I didn’t know how to write. I felt like I was disabled in this elite environment.”

Bridges-King graduated at the top of her class at The English High School in Boston. Her statement is upsetting, yet not really surprising, due to an all too common problem at low-income high schools nationwide: inflated grades that wrongly and harmfully signal to graduates—even valedictorians—that they’re ready for college.

“I felt like I wasn’t prepared to be there,” echoed Jose Barbosa, who attended Boston University after he finished at the top of his class at the Jeremiah E. Burke High School, also in Boston. “I was massively unprepared,” said Abadur Rahman, valedictorian of East Boston High School and recipient of a full scholarship to Northeastern University, who added, “Folks were at a different quintile than we were in terms of how much material they had [already] comprehended and internalized.” “I felt like Hyde Park High School did nothing, really, to prepare you for a school like Boston College,” said Michael Blackwood, valedictorian of The Engineering School in the Hyde Park Education Complex.

The fact that America’s high school education is broken is not new. Over the last year, stories have cast doubt on the stratospheric graduation rates reported in several states, including Alabama, California, Georgia, Florida, Maryland, Minnesota, New Jersey, Texas, and Washington, D.C. Pressure to boost those rates, often due to school accountability policies, plays a role—but so do complex motivations like empathy and concern for kids’ future well-being. It’s these latter impulses that lead folks to believe that easing expectations, at least for disadvantaged and struggling students, is a victimless, thoughtful, and maybe even noble act. Though it does young people no real good to be awarded unearned diplomas.

The harm done by lowered expectations doesn’t just befall the kids who are barely making it through high school. As illustrated by those profiled in the Globe, a disservice is being done to their high-achieving peers—not young people at risk of not graduating at all, but those who leave high school at the top of their class and under the impression that they’re fully ready for college, including elite schools like Bryn Mawr, B.U., and B.C. They discover—with surprise, pain, angst, embarrassment—that they’re nowhere near ready. The culprit is grade inflation, which occurs when subjective course grades exceed objective measures of performance.

According to a September 2018 Fordham study of the problem, “rising high school grade point averages have been accompanied by stagnant SAT, ACT, and NAEP scores.” That’s true just about everywhere in America. In North Carolina, the focus of the study, the median grade in affluent high schools in 2016 was a B; in less affluent schools, it was a slightly lower B-. In Kentucky, my colleague Adam Tyner found much the same thing using data compiled by the Bluegrass Institute: in 2016, the average GPA in rich schools was 2.95, and 2.93 at lower-income ones.

Standardized tests, however, indicate far wider gaps—and a much more dire situation for disadvantaged teens. More than seven out of ten affluent twelfth graders in North Carolina were proficient on statewide assessments, but barely four in ten of their low-income peers cleared that bar. ACT scores in Kentucky are considerably higher at richer schools than poorer ones. Back in Boston, the 53 percent proficiency rate on MCAS among tenth graders in the city’s public schools, most of which are low income, falls well short of the statewide rate of 74 percent. And this phenomenon isn’t new: A 1994 U.S. Department of Education study found that A students at high-poverty schools had the same average English and math scores on tests administered as part of the National Education Longitudinal Study of 1988 as C and D students at affluent schools. These kids’ dreams are being killed by kindness.

Grade inflation causes many problems, but two are especially harmful. The first, aptly explained by Seth Gershenson, a professor at American University who conducted the Fordham Institute analysis, is complacency that stunts kids’ potential: “When a student thinks he has already mastered material that he has not, the student will not invest the extra effort and time necessary to truly learn it. Likewise, parents will not recognize the need to help their child catch up. In this case, the complacency is not due to lack of desire or ability, but rather faulty information about the student’s academic standing.”

The second problem is that inflated grades allow students to progress through high school and then into colleges for which they aren’t actually prepared—a problem known succinctly as “overmatching.”

When reality hits—especially if students are disadvantaged and therefore lack the familial safety net and support of their more privileged peers—this combination of faulty information and academic ill-preparedness can be devastating. Consider, again, the valedictorians featured in the Globe series. Jose Barbosa reported feeling disappointed in himself and withdrew from Boston University after three semesters, though he later graduated from Mount Ida College. Abadur Rahman got to a point where “Maybe you’re not who you think you are. Maybe you’re not good enough. Maybe you’re not meant to be in school.” He had to leave Northeastern’s honors program and switch to a less challenging major. Scariest of all is Telma Taveres, whose 4.76 GPA made her the 2005 valedictorian at the John D. O’Bryant School of Mathematics and Science, one of the city’s three prestigious exam schools. In her third year at Smith College, one of America’s top liberal arts schools, she suffered a panic attack so severe that she ended up in a psychiatric ward and was told to take a year off. She never returned to Smith, though later was able to earn a degree at UMass Boston.

Of the ninety-three valedictorians the Globe checked in with, one in four failed to graduate with a college degree in six years. Forty percent earn less than $50,000 a year, while just one in seven has an annual income exceeding $100,000. One in four has an advanced degree. Four have been homeless.

If these are the outcomes of the top graduates of the city’s low-income high schools, one can't help but wonder what hope students with a 3.5 GPA have of succeeding, let alone those with 3.0 or 2.5. Their schools are lying to them about what they’ve accomplished. This most harms the most vulnerable among them—and it needs to change.

Yet the policy winds are blowing the other way. The easiest way to check inflated grades is via external exams, but states are rushing to get rid of those—and colleges are pushing to make admissions SAT-optional. That might help the children of privileged parents who are pushing for their children to look even better to the admissions teams at the colleges from which they’ll almost surely graduate. But it won’t help poor and minority kids like those valedictorians in Boston.