The top 10 EconTalk episodes on education 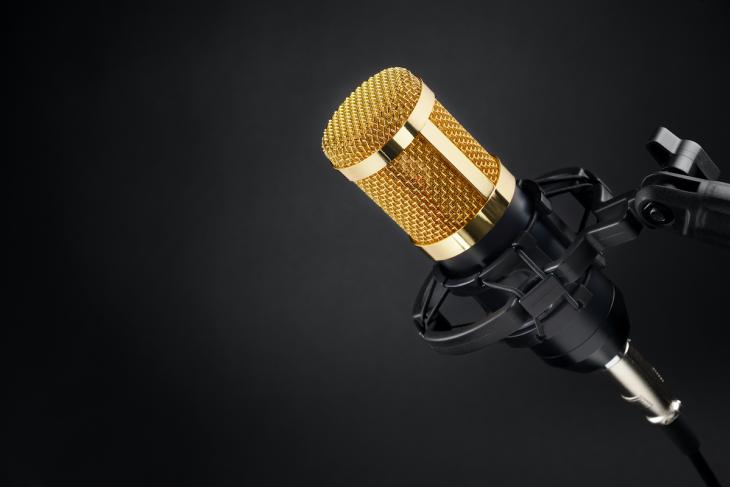 A few years ago, as I was wrapping up grad school (where my dissertation was about migrant workers in China, of all things), I came across a bunch of fascinating podcast episodes about education policy and school reform. Listening to these organic, long-form discussions with thinkers as sharp and varied as Arnold Kling, Diane Ravitch, Jiang Xueqin, and Lant Pritchett put me on all kinds of new ideas about technology, the future of work, and how the education system might change to better prepare students for twenty-first-century realities. There were interesting things happening in the education world, I realized, and I wanted to know more. Step one was to listen to more of these intense yet free-flowing conversations and to read some of the books I was now discovering through them. Now here I am, a member of the national research team at America’s leading education policy think tank.

In truth, my recent career trajectory all started with EconTalk, the popular podcast hosted by libertarian economist Russ Roberts. If you’re not a libertarian—or not interested in economics—don’t worry: Roberts thinks like an economist but is unfailingly honest and charitable with guests from across the political and methodological spectrums.

As we start the new year—a great time to find some new podcasts—I thought it was an opportune moment to recommend my favorite ten EconTalk podcasts for educators, ed policy wonks, and school reformers.

10. Eric Hanushek on education, skills, and the millennium development goals (2015)

The raspy-voiced king of value-added modeling himself discusses his book (with Ludgar Woessmann) The Knowledge Capital of Nations, explains how important education is to a country’s economic standing, gives the definitive take on Finland’s schools, and even briefly discusses one of my favorite topics: external exam systems.

Matushcak is a software engineer who wrote a provocative essay against books, but his point is really to emphasize the importance of more interactive ways to learn than books and lectures. Of course, passive knowledge “transmissionism,” as he calls it, could certainly be the result of too many podcasts, and now you can see why I’m (actively?) blogging about EconTalk episodes.

8. James Heckman on facts, evidence, and the state of econometrics (2016)

In this episode—by far the wonkiest on this list—Professor James Heckman drops knowledge on recent scholarly debates ranging from economics to epistemology. But for the Nobel laureate scholar of human capital and early childhood education, education policy is never far off, and researchers will certainly appreciate this sprawling conversation even if some others may skip it.

Sure, you might be thinking “a podcast about the founder of a MOOC platform is sooo 2014,” and you’d be right. But the questions about how education and technology interact and how that relationship will develop were being confronted with fresh eyes in the mid-2010s, and Dr. Koller is as sharp an analyst of these trends as anyone. Since those questions are not going away, these conversations are well worth going back to.

One of the few cases where I had already read the book before listening to the podcast (a decade after the episode’s debut), Willingham’s insights into memory, literacy, and the importance of building broad knowledge contribute to debates from the classroom-level all the way to national policy. And Professor Willingham’s examples and anecdotes are second to none.

Maybe you think “grit” has just become a meaningless buzzword, the epitome of the emptiness of fashionable “SEL” interventions, but no longer even all that fashionable. It might have a buzzword as the title, but this book—and this episode—is much deeper than that. If students are the ones who are ultimately responsible for doing their work, the world of education policy needs many more people who are thinking as hard about what motivates them as Professor Duckworth is.

There aren’t too many people who have ever lived who know as much about the American education system as Diane Ravitch, and everyone will learn something from this wide-ranging conversation.

For me, the best part of the episode with Uncommon Schools teaching guru Doug Lemov is his discussion of the theoretical basis behind his classroom practices, whether those are innovative practices, traditional ones, or some kind of hybrid. I was teaching the year I first listened to this and started using some of Lemov’s techniques in my classroom, with instant results.

I first heard of economist Arnold Kling on EconTalk, and he quickly became something like an intellectual hero to me. His amazingly weird personal website includes sections on books (he’s written eight), his biography (it begins, “I started out very sickly”), and Israeli dancing. His opinions on education policy are the thoughtful critiques of a genius outsider, interrogating basic assumptions and shibboleths about student learning, classroom dynamics, how technology will change the world, and why certain ed-tech trends probably won’t pan out.

This brief hour contains a wealth of new ideas about how we should think about schools from a systematic perspective and improve the incentives and signaling throughout all levels of the education system. Starting by exposing a fundamental problem at the heart of education policy, the equation of “seat time” with education, this episode (and the book on which it’s based) contains a bounty of fascinating theories and concepts—from the reason Mexicans have fewer Catholic schools than Guatemalans to the difference between “spider systems” and “starfish systems” to why poor children in India are so likely to attend private schools—that are sure to make you re-think some of your basic assumptions about education policy and beyond.

These are by no means all the worthwhile conversations on EconTalk about education, just my favorites. Roberts has spoken with Bryan Caplan about the signaling versus human capital debate, Elizabeth Green about teacher training, Doug Lemov on teaching students literacy, Terry Moe about why education reform has moved so slowly, and many others. And EconTalk obviously isn’t the only podcast covering big ideas in education. Fordham’s own Education Gadfly Show, Nat Malkus’s The Report Card, Conversations with Tyler (Cowen), the Education Next Podcast, and the unfortunately now defunct Higher Ed Happy Hour are all platforms for great conversations about schools and education policy.