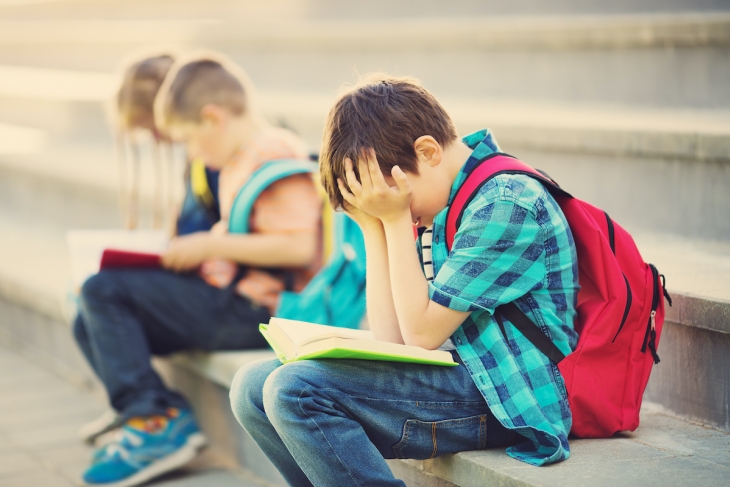 For those of us who still believe that results-based school accountability is an essential part of the education renewal that America sorely needs, not many things are looking great this week.

Before turning to recent developments that alarm me, however, and mindful that it’s self-promotion (as well as sound policy advice, of course!), the Hoover Education Success Initiative (HESI) has just released my own longish paper on the past, present, and future of school accountability, alongside a trio of excellent research papers on this topic by Tom Dee, by Paul Manna and Arnie Shober, and by David Steiner and Alanna Byorklund-Young.

In this paper, I look beyond ESSA to the next phase of school accountability—which should be pegged more to “readiness” than to “proficiency,” and should deploy both interventions and the school-choice marketplace as consequences for failing schools. Along the way, it suggests how states can make the most of ESSA, reviews the research evidence on results-based accountability as an effective reform strategy, and recounts the saga of how we got to where we are and today’s several challenges to this form of accountability.

Which brings me to the worrisome parts. I suspect that, in coming weeks, we’ll learn that the National Assessment of Educational Progress (NAEP) won’t be able to perform its ESSA-mandated biennial assessment of reading and math in 2021 due to the difficulty of testing a proper sample of U.S. students, not enough of whom will actually be in school during the testing window. I suspect they’ll try to reschedule for 2022, which would be a three-year interval since the last round.

Under normal circumstances, I’d say fine, three years (or even four) is generally enough to track slow-moving changes in kids’ reading and math prowess. Yet circumstances are far from normal. With all the Covid-induced shutdowns—some caused by actual disease spikes, some (as in New York City) by teacher unions—evidence is mounting fast that millions of kids have already experienced serious learning losses. We urgently need systematic NAEP-style data on achievement and achievement gaps, and we’ll need such data for years to come. But in addition to the data hole that postponing NAEP in 2021 will create, the federal example will encourage more states to suspend their own tests for another year and seek waivers from ESSA’s testing requirements. Education Week is already reporting much state-level pushback against standardized testing. Although Secretary DeVos has so far declined to grant a second year of such waivers, it’ll be harder for her to maintain that position through January 20 if she’s also asking Congress to defer NAEP. And even if she stands firm, President Biden’s education secretary will be pressed hard by the unions and (I assume) by many state and district leaders to waive the ESSA assessments this spring when he or she takes office.

That will leave a two-year data hole, which means no reliable external information on student learning and school performance since spring 2019 and—if nothing else changes—no more to be had until spring 2022. That’ll wreak havoc on value-added calculations and thus on school accountability, not to mention the millions of kids and teachers and local and state leaders who will be stumbling around without solid information on who has and hasn’t learned what. (Smart states might move their canceled spring 2021 tests to fall 2021 so that they can at least calculate achievement and growth during the 2021–22 school year.)

Can you handle more? Then join me in fretting once again about pending changes in the NAEP reading framework. The Assessment’s governing board (NAGB) met last week to review possible revisions in the draft framework that I (and many others) criticized a few months back. No final decision is to be made until March, but the revisions described to the board last week don’t solve the big problems that beset that draft. In some ways, they mask those problems.

Recapping the background: At the heart of every NAEP assessment is a lengthy yet little known “framework” document that sets forth in detail what’s to be assessed and how that’s to be done. Here’s how the National Center for Education Statistics (NCES) describes them:

Frameworks define the subject-specific content and thinking skills needed by students to deal with the complex issues they encounter in and out of the classroom. The NAEP frameworks are devised through a development process that ensures they meet current educational requirements. Assessments must be flexible and mirror changes in educational objectives and curricula. Therefore, the frameworks must be both forward-looking and responsive, balancing current teaching practices with research findings.

A framework is hefty—the current one for reading runs to seventy-three pages—and is always the product of much heavy lifting over several years by multiple committees, contractors, and reviewers prior to adoption by NAGB.

Frameworks need periodic updating as curricular emphases, pedagogical practices, and state standards evolve. But changing a NAEP assessment is harder than moving a cemetery. It takes years, costs lots, and requires endless palaver among people with divergent views of the subject. Remember, it’s a national assessment, yet (in some subjects) results are reported for every state and nearly thirty big districts, as well as both public and private schools. Since the same assessment will be taken by school kids in Oregon and Texas, in Cleveland and Miami-Dade, in Vermont and Wyoming, it’s no easy matter to reach agreement on what to test.

Moreover, changing a frameworks risks (in NAEP parlance) “breaking the trendline.” Inasmuch as NAEP is America’s most valued source of information about changes over time in student achievement, losing the trendline is tantamount to starting over. Yet if the new framework and the tests based upon it differ in big ways from their predecessors, that’s what usually happens. It’s akin to what happens every time the College Board “re-centers” the SAT or replaces an Advanced Placement framework. They try hard to deploy fancy psychometric techniques to equate the scores and “bridge” the trendline, but that is not always possible, not always credible, and even if it works OK during the first round of testing under the new framework, the equating doesn’t always endure.

For all these reasons, NAGB doesn’t often replace frameworks. But it’s well into a humongous effort to do just that in the most core of all core subjects, namely reading. The current reading framework dates to 2009, and the replacement effort aims to have a new one in place in time to guide the assessment in 2025 and thereafter.

That effort has been through one full draft (a whopping 149 pages), extensive public comment (mixed reviews there), and reconsideration of some of the most contentious elements by the NAGB committee with direct responsibility. The full board meeting the other day devoted ninety minutes to feedback from other members (though committee members and consultants spent much of that time explaining themselves and praising their own handiwork).

Much of the feedback was cautionary, to put it mildly, though it’s far from clear how the committee—and its myriad outside advisors—will accommodate that in the revised version that they’ll ask NAGB to sign off on in the spring. (Further delay would likely mean the new assessment can’t be ready in time for 2025—if indeed that remains a “NAEP year” after the 2021 disruption.)

Here are some of the main points of contention:

This sort of thing isn’t why Congress mandated the assessment of American students’ reading achievement via NAEP, and we must hope that somehow this gets fixed—or nixed—between now and March. Which probably means retaining—and perhaps lightly tweaking—the current reading framework for some years to come.

Of course, none of this will much matter if the United States gradually abandons on testing and results-based accountability!