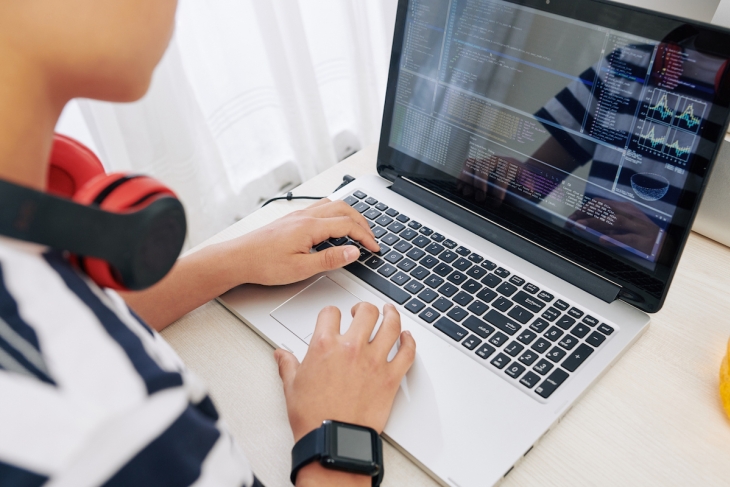 Results of a recent survey published by Amazon’s Future Engineer offshoot show several disconnects between the interests, experiences, and aspirations of U.S. students in regard to computer science. While many of the jobs that await today’s middle and high school students will likely be even more technology-focused than they are now, more specifics are required—beyond those illuminated here—to make sure that high-quality education and training is in place to leverage legitimate interest from young people and to properly connect them with the work they will ultimately undertake.

The survey was conducted electronically by Gallup in June 2021, with a total nationwide sample of 4,116 public and private school students. Just over 1,800 were high schoolers, the rest middle schoolers. Weighting adjustments were made to closer match the sample to national demographics of gender, grade, race/ethnicity, and school type per the U.S. Census Bureau’s American Community Survey for 2019. No breakout of responses between public and private school students was included.

Finally, having adult role models was strongly linked to students’ computer science career plans. Just over half of students reported having a role model in the field, although no definition of the term was provided by surveyors nor did students identify their role models. Responses were lower for female students (49 percent) and Black students (45 percent). Students in urban areas were twice as likely to report having a computer science role model than were their rural peers, which the analysts connect to a similar gap in access to classes, which likely means that students are generally thinking of classroom teachers when referring to a “role model in the field.” More than 60 percent of students who reported taking a computer science class at school said they have role models in the field versus just 45 percent of those who reported not taking a class.

The report makes no recommendations other than to boost the number of computer science classes in schools and the number of adult role models for students. This is okay as far as it goes, but focusing on teachers as high-tech role models seems less than ideal, and not thinking beyond the classroom walls is troublingly status quo–centric. Surely any such boosts within schools would favor the same areas and kids the current set up favors, and the rural and low-income schools that are lacking in computer science would continue to lag behind without specific efforts to widen access to technology education for the traditionally-underserved. It also entirely ignores the many and various free DIY online options available to anyone with sufficient bandwidth and some rudimentary knowledge, as well as non-profit organizations whose missions are dedicated to growing a diverse pipeline of future coders and computer engineers.

Policymakers and employers like Amazon can definitely make use of the statistics in this report, but here’s hoping that they look well beyond our nineteenth century school structure to build their high-tech future.

SOURCE: “Developing Careers of the Future: A Study of Student Access to, and Interest in, Computer Science,” Gallup and Amazon (October 2021).