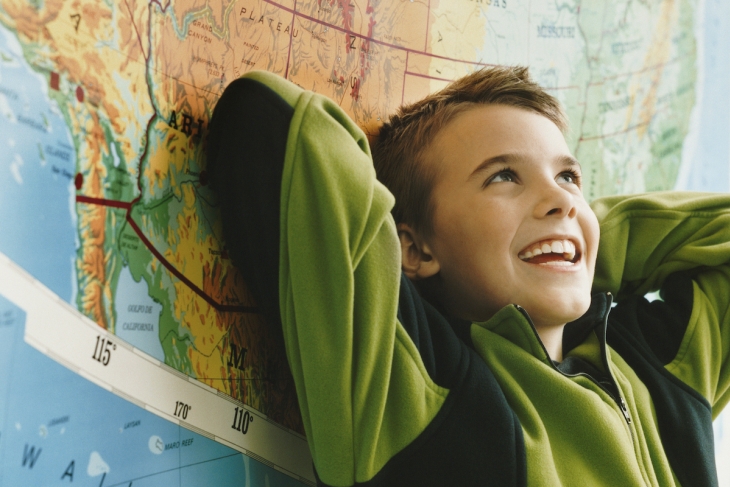 Gone are the days when we could all agree with Ben Franklin’s sunny admonition: “Indeed the general tendency of reading good history must be, to fix in the minds of youth deep impressions of the beauty and usefulness of virtue of all kinds.” Instead, we must cope with political polarization, schools preoccupied with the achievement gap, students who learn from social media, and adults who are too often disdainful of reason and facts (and who have lost confidence in American institutions).

In Fordham’s new report The State of State Standards for Civics and U.S. History in 2021, the foreword co-authored by Chester E. Finn, Jr. and David Griffith acknowledges these challenges, conceding that there is “disagreement as to how to tell the American story.” Echoing the foreword, the report emphasizes “consensus” and “compromise.” It also reminds us that standards matter insofar as they influence “teacher preparation and professional development programs” and serve as “the basis for specific curriculum decisions made by districts, schools, and individual teachers.”

Commendably, the report critiques the “broad, vague, and/or nebulous language” that characterizes many states’ standards. But not all is doom and gloom. Amid polarized debate, “many states have a reasonable handle on the issue of race and don’t downplay its significance.” Similarly, “coverage of early Native American history is reasonably strong in many states.”

The report emphasizes writing and argumentation based on evidence and argues that, in an age of alternative facts, it’s important “to think logically and communicate clearly.” As the review criteria suggest, skills development (cause and effect, explaining bias) is crucial and needs to accompany factual knowledge. Similarly, essential dispositions (respect for other persons and opinions) are important. To teach young people about “confirmation bias” is a worthy, if difficult, ideal and might indeed deter “the polarization and misinformation that plague American politics.”

The report probably cannot use the term “informed patriotism” as a goal for history and civics instruction. I will settle for “commitment to American institutions and ideals.” As the authors appropriately editorialize: “It’s incredibly important for students to internalize what it means to be an American from an early age.” We don’t have heroes, but the report does approve standards that include a long list of “historical role models.” But why role models only in the lower grades? Though the report doesn’t endorse “action civics,” it does approve of “active participation” and “successful-learning projects.”

In practice, not all of the “essential knowledge” the report identifies can be covered in the average classroom or remembered by the average student, so some instructors will argue for a “less is more” approach for “deeper learning.” Less credibly, some states will rationalize vagueness by saying it is up to the individual school district to fill in content, although the report convincingly argues that standards “can’t be vague, badly organized, or misleading” and that “without a clear destination and a map that shows the way, one’s journey is bound to be endless and probably fruitless....” Still, even if there is reasonable disagreement about the extensive knowledge suggested, there should be approbation for the many examples of skills to be acquired and essential dispositions to be demonstrated.

As the report indicates, the states with exemplary ratings have “admirably well-organized, clearly written, and user-friendly standards” that are full of specifics. For example, both the Massachusetts and California curriculum frameworks provide compelling introductions to American history, which other states could learn from.

Ultimately, the report is valuable because it is very deliberately impartial. Well-written and sprinkled with illuminating “sidebars,” commendations, and critiques, it should be read by policymakers, principals, and above all, by the teachers who are key to making history and civics central in K–12 education and encouraging the next generation to commit themselves to reasoned discourse and civic responsibility.