Schools brace for belt-tightening in the wake of coronavirus 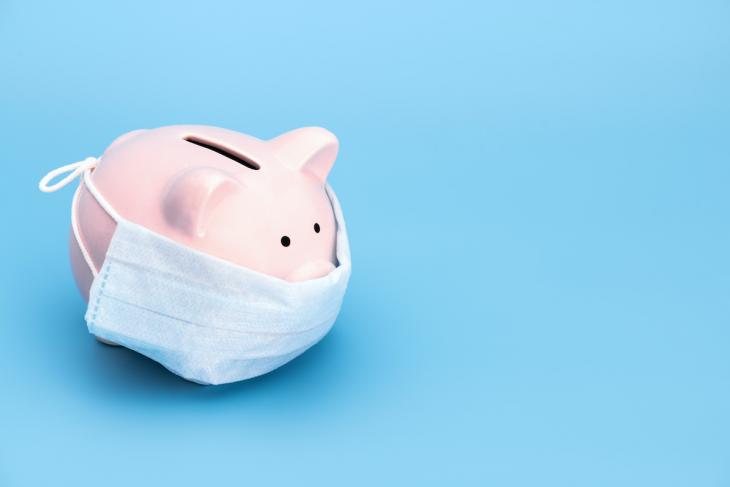 Before the Colorado legislature suspended its work last month amid the widening pandemic, Governor Jared Polis had been pushing an historic expansion of the state’s preschool program. This was coming on the heels of a broader focus on early childhood and the fulfillment of a key campaign promise a year ago: making free, full-day kindergarten a reality. Buoyed by strong revenues, that was then. Now in the time of virus, anything with a price tag is on the chopping block, including Colorado’s preschool expansion, which is dead in the water.

The financial fallout states must deal with is part of a triple threat facing schools this fall: (1) students who are far off track academically and socially; (2) a decline in state revenue that will result in severe budget cuts; and (3) rising costs in response to the pandemic. Needless to say, the cost-saving measures states will soon have to undertake won’t be pleasant. For example, as recently as February, Tennessee had planned a 4 percent pay raise for teachers and a $250 million mental health fund for schools. After the crisis emerged, the latter was eliminated and the proposed pay increase cut in half. Similarly, teachers in Indiana had the wind at their backs in pressing for more funding and higher pay before the coronavirus broke out. Now, the momentum has completely evaporated.

The silver lining—to the extent there can be one as schools and districts grapple with the immediate needs of their students and families—is that the financial pressure soon to be exerted upon America’s public education system could provide cover to enterprising leaders interested in tackling thorny issues (e.g., pension obligations) that might otherwise have gone unaddressed. Collectively, thanks to ESSA’s requirement that school-level financial information be tabulated and released to the public, we’ll also have the added insight of being able to assess the financial impact of these budget cuts by school. That’s about it though. There will be some differences around the edges, but schools are about to get punched in the mouth, and it remains unclear how far the feds will go to help cushion the blow.

Indeed, only a sliver of the recent $2.2 trillion CARES Act package was dedicated to education. The last big federal stimulus, the 2009 American Recovery and Reinvestment Act, was small by comparison, but it included much more money for schools to cope with the Great Recession. For this reason, there are a number of proposals circulating for more state stimulus. Education groups have asked for upwards of $200 billion in new aid, and governors have called on the federal government to allocate $500 billion. For sure, there’s a possibility that Uncle Sam will come to the rescue, though Congress is more focused for the time being on ratcheting up much-needed aid to small businesses and hospitals.

Because state revenue projections are still in flux (e.g., jobless claims continue to skyrocket), getting a good hold of all of this is akin to looking at a mountain through a keyhole. Through their peering and prying, Marguerite Roza and her team at the Edunomics lab have been reporting their findings on the ever-changing financial outlook via a series of webinars. While the magnitude of the impact upon schools is still unclear, we can glean insights from how states have previously responded when hurried state cuts were required (e.g., after the Great Recession). According to Roza, states typically follow a three-stage process.

The first is a “warning” stage. This is largely where states are now as many are signaling the need for broad budget cuts and walking back promised allocations. Case in point, Governor David Ige in Hawaii has proposed cutting salaries for teachers by 20 percent. Nothing is in writing at this point, and no decisions have yet been made, but the message being sent is loud and clear. States like Hawaii that are heavily dependent on sales tax or income tax revenue will see similar calls for deep cuts, as will states like Alaska that are more reliant on fossil fuel production.

The second is a “perimeter trimming” stage. Some states have started taking aim at recently added initiatives and programs, like pre-K and teacher pay as described previously. To wit, the director of Washington’s Office of Financial Management explained the recent nixing of a plan to hire 370 school guidance counselors, among other budget items, by saying, “At a time when we may have to be cutting billions out of the next budget, saving $400 million gives you $400 million. And two, you haven’t started something that you then have to cut.” Anything outside a state’s basic funding formula (e.g., CTE, afterschool) could be in jeopardy, though virtual learning—customarily in this bucket—will probably be protected as the national emergency continues to force schools online.

The third stage is where states turn to basic funding cuts (i.e., a state decides to fund only a portion of their basic formula). Keep an eye out for legislatures to reconvene for special sessions this summer to make some hard decisions. Incidentally, Utah just called for one last week in what could be the first in a series of special sessions in the Beehive State. NCSL has a bird’s-eye view (here and here) of how COVID-19 has impacted this year’s legislative sessions.

Longer term, states may consider looking at formula changes, though the political landscape for doing so was already difficult enough while the economy was surging. Relics of the past, state funding formulas are twenty years old on average (over fifty in Nevada!), and in my home state of Colorado, our twenty-five-year-old jalopy literally directs more state funding to wealthier school districts in a reverse Robin Hood effect. Debating the need to update it is a perennial event that shows no signs of abating, virus be damned.

Taken together, it’s a bleak picture made worse by the manner in which school districts typically budget as if they were insulated from economic shifts. Roza observes that, to districts’ detriment, they are often caught flat-footed during a downturn because of statutory and contractual obligations. From step-and-lane pay to seniority-based layoffs, inertia and existing processes, rather than strategy and priorities, will drive the impending labor reductions in many districts across the country.