The coming storm for financial transparency 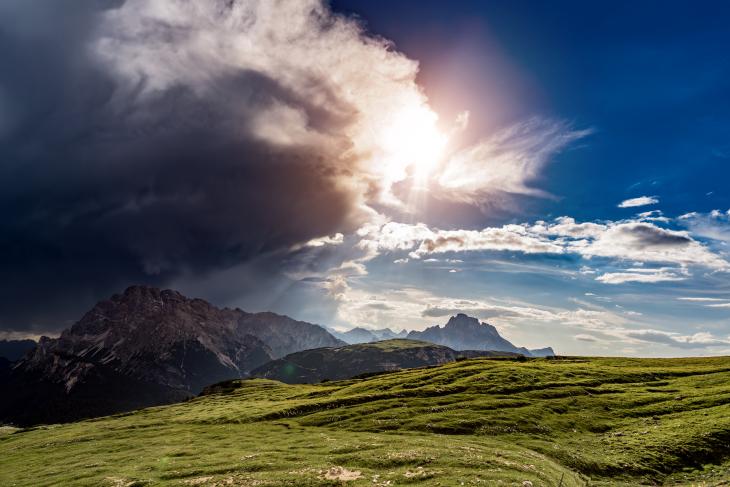 Next year, states will for the first-time report actual school-by-school spending as required under ESSA. This effort represents a quantum leap from the typical practice of tracking and reporting average district per-pupil spending, and is arguably the most complex piece of the law—so much so that states were given an extra year to comply with the new requirement. Marguerite Roza and her team at the Edunomics Lab have ably taken the lead on addressing the many policy related and technical questions involved, but there’s an even larger question of whether we are preparing ourselves for the political challenges that lay ahead.

As I see it, there are at least four of them.

First, some school districts are actually doing a decent job of spending more money on low-income students than on affluent ones. For example, this was generally found to be the case in the nation’s capital according to an analysis done by Fordham a few years ago. Perhaps surprisingly, this finding did not anger affluent parents in D.C. Instead, it was difficult to get anyone to pay attention to the data one way or the other.

If school-level financial transparency lands like the proverbial tree falling in the forest, this effort might be all for naught. To wit, about fifteen states have already released some school-level spending data, and the complaints thus far have been limited (e.g. more paperwork) and relatively benign. And while there’s been some national attention to this new mandate, local media coverage has been spotty, presumably because school finance—in spite of being inextricably linked to all major education policy decisions—is about as exciting as watching paint dry.

Second, in some districts, schools with affluent students are spending significantly more per-pupil than schools serving low-income students. In fact, the shortchanging of low-income and minority populations is what most advocates expect to find. When School A is spending $12K per pupil and School B located a few blocks down the road is spending double that amount, the local newspaper headlines won’t be the only thing that’s jarring. This data will also raise uneasy questions about how teachers are distributed across schools because 80 percent of school expenditures are personnel-related.

Consider a four-quadrant chart that visualizes actual school-level spending against student outcomes. For the first time, we’ll be able to see which schools punch above their weight (i.e. Q2: Lower spending, higher outcomes) and which ones leave more to be desired. Under this scenario, the arguments could become zero sum rather quickly, pitting communities against one another along the lines of both race and class. Educational gerrymandering could gain additional steam as one of several unintended consequences.

Third, while it’s still too commonplace to find low-income students getting the short end of the stick, it is largely because of spending differences between districts rather than within them. In states like my adopted home of Colorado, many agree that the state’s funding formula doesn’t do right by the state’s neediest districts, but the moment you get into the mechanics of redivvying the pie, hard feelings ensue and progress grinds to a halt before it can really get started.

Finally, the shadow of the recent wave of teacher labor unrest could cloud the illuminating potential of this effort. In today’s ethos of reflexive and unaffordable cash drops, it’s possible that politicians will be uninterested in improving the efficiency in how dollars are allocated. In fact, some might even see financial transparency as a Trojan horse whose true aim is to eliminate the traditional “step and lane” salary schedules that reward pedigree and perseverance over performance.

The forces of resistance and repeal have long regarded education reform as an attempt to blame the maladies of education upon unionized teachers and to provide justification for their replacement. Efforts to reform higher spending, lower outcomes schools could be taken in this vein with skepticism and suspicion. From there, things could go south very quickly.

Experience teaches us that stranger things have happened. Not too long ago, there was another putatively game-changing initiative that ended up going sideways: the Common Core State Standards. Before that train got off the rails, states had earnestly believed the biggest obstacle to success was a potential backlash to lower test scores as a result of the higher standards. In hindsight, those were the halcyon days of the rollout before the black helicopter theorists joined the fray, stirring up a hornet’s nest in the process. While states largely ended up with the standards, or a slightly modified version of them after the dust settled, it would be imprudent to assume a less rocky path for financial transparency.

As a silver lining of sorts, the anti-Common Core forces currently have their hands full with personalized learning and their sustained attacks on Silicon Valley. And on a note of encouragement, Roza has found that parents anecdotally understand why districts must spend more on students with greater needs. But we shouldn’t let down our guard on the laws of political physics when it comes to this potentially high-voltage issue. Money talks, but it remains to be seen if people will like what they hear when the data comes out next year—or whether they’ll be listening.