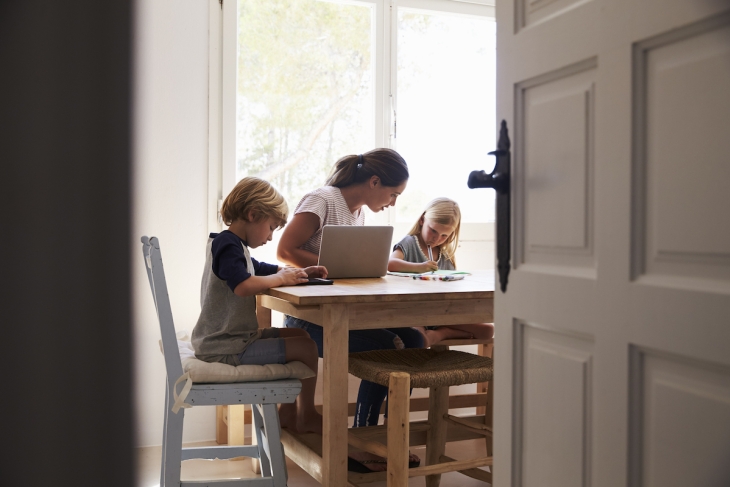 What parents are looking for in an ideal school choice scenario is often very different from what they settle for in the real world. Cost, distance, academic quality, safety, extracurricular options, and a host of other factors are all at play, meaning trade-offs are unavoidable. Recently-published research findings try to capture the matrix of compromises being made.

Data come from Kansas City, Missouri, from fall 2016 to spring 2017. School options were widespread in the city, including intradistrict opt-in among all twenty-six of Kansas City Public Schools’ (KCPS) general education buildings and nine magnet schools, along with twenty public charter schools and twenty-four private schools. At the time of the study, more than 8,500 students (23 percent of all K–12 students) attended private schools, over 6,500 students (18 percent of the total) attended charters, and over 4,100 (11 percent) attended magnets. Around 70 percent of the remaining students attending general education KCPS buildings opted for a school outside their neighborhood assignment zone. Aiding parents in their choices: a single application for any KCPS building, including magnets, and a second single application that covered nearly all of the city’s charters.

The Kansas City Area Education Research Consortium recruited parents through multiple avenues in 2016 and 2017 to answer survey questions regarding school preferences. The sample comprised 436 individuals, proportionally representing district attendance zones, racial makeup of the population, and socioeconomic distribution around the city. Approximately 33 percent of respondents had a college degree. While no breakdown exists for how many students attended which school type, all types were represented.

Respondents were first asked to rate, on a scale of one to five, how important each of nineteen school attributes was to them in choosing a school for their oldest child. Attributes included academic performance, afterschool programs, teacher and student diversity, curriculum, facilities, leadership, parent involvement, and safety. Most importantly, respondents were asked to rate their preferences “in the context of an ideal world where they were not bound by social, economic, or logistical constraints and concerns.” They were then asked to choose their top three based on their current real-world circumstances and with “personal constraints,” as well as any “systemic obstacles” they have encountered in mind. Finally, they were asked to rate on a scale from one to five how satisfied they were with their child’s school, and, on a reverse scale, to what extent their child’s school “[fell] short in things that would otherwise make a difference” in their education.

So how far was the ideal from the reality? It depended on the family. No one got everything they wanted because everyone’s ideal ratings put almost every school feature at the top of the list. While teacher quality was highest and social/medical services lowest, there were less than 1.5 ratings points separating them (4.82 out of five vs. 3.37) and all seventeen other features were crammed in between. Parents who were White, had any education level above high school, and earned over $50,000 per year were more likely to rank their child’s school very highly on their top three attributes than were their peers, marking what the researchers deem a state of lowest “preference compromise.” That is, their children were more likely to attend schools in the real world that ranked highly on the attributes that mattered most to them in an ideal condition. Parents outside those demographic categories were more likely to report attending schools where their highest-rated attributes are not present or present at a lower level than their peers, indicating a less-than-ideal choice. Hispanic parents were most likely to report compromising on their highest-rated attributes, with Black parents close behind. Parental satisfaction scores track with level of compromise—the bigger the gap between ideal attributes and real experience, the lower the reported satisfaction level. The researchers thus conclude that these families are least-well served by school choice in Kansas City, but that leap owes more to the ideal than to the real.

On the upside here, all families’ preferences were considered equal in the analyis, with no leeway to consider that parents with lower education or income levels might lack knowledge of important school attributes or available options. This is extremely positive and a better approach than many previous such studies. On the downside, the methodology assumes that all parents have already chosen—and are reporting their satisfaction with—their best possible option. This is nominally true, but the universe of options for a family with one working parent and two cars is likely to be different—and much larger in the real world—than for a family with two working parents and a single vehicle, even if their incomes are the same and even if they live in the same zip code. Given modern residential patterns and school zone boundaries’ correlation with historic redlining efforts, the gap beween the ideal and the real is already baked into school choice infrastructure in many cities—especially for familes with fewer resources. It is true that lower-income families or Hispanic families have less access to school choice, but the researchers’ conclusion that such a fact renders school choice problematic does not logically follow.

While not giving more families a free ticket into the ideal school of their dreams, KC did offer a fairly robust choice environment in 2017. The sheer number of students attending non-assigned district schools at the time is evidence enough of that. A majority of parents—from all walks of life—likely found for their children a choice they liked better than they would if they had been forced to send their child to their zoned school with no alternatives. And that’s a win.