Remote instruction is to blame for plummeting test scores 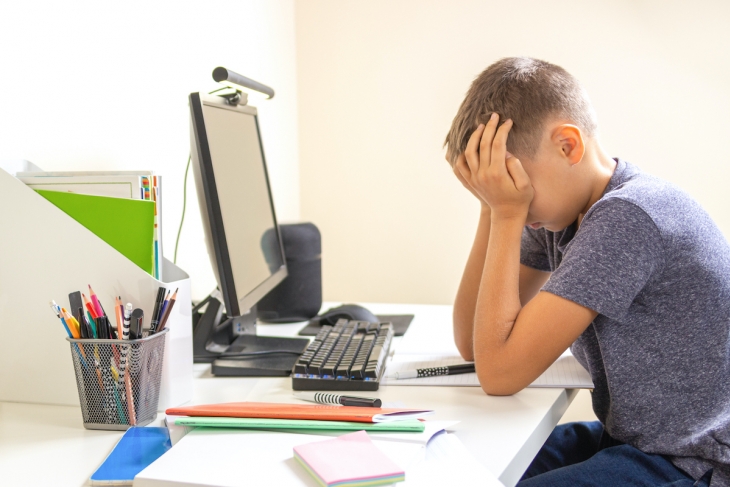 Texas recently became the first state to release state test score data since the pandemic hit. Student scores dropped across the board, but the massive declines in results from remote learners drove the downward trend. Just over a year of pandemic schooling erased most of the academic gains from the past seven years. Even more concerning, Texas offered more in-person instruction than most other states, meaning that results from other states will likely be even worse.

What should we make of these ominous testing data?

So far, the most common response has been sounding the alarm, prompting admonitions that schools should be implementing robust plans to address Covid-19 learning loss. But state test data’s checkered past has led some to push back on what they see as an inordinate focus on such scores, pointing out that test score myopia has, and can again, come at the expense of schools’ broader purposes.

Both views are right, to a degree.

Declining test scores in Texas, and the poor results that will undoubtedly be forthcoming from other states, are too important to ignore. But they should not be seen as the primary problem. Rather, they should be viewed, unflinchingly, as the most striking symptom of remote learning’s failure playing out on an enormous scale.

Falling test scores, for those who discount them, are aligned with many factors more closely linked to the students’ own experiences and underscore the pitfalls of remote learning.

A recent RAND report, for instance, showed that principals and teachers saw the same symptoms clearly. Nearly three-quarters of principals in fully remote districts estimated that their students were below grade level in math in Spring 2021, compared to under half of principals in fully in-person districts. A simple and compelling explanation for this disparity is that remote students received less instructional time. According to teachers, fully remote students received eighty fewer hours of math instruction than their in-person peers (360 hours compared to 440). And almost half of remote schools had shortened school days, compared to just one-sixth of in-person schools.

Another symptom of the shortcomings of remote learning is student engagement.

The same RAND survey found absenteeism and incomplete assignments increased across the board, but much more so in fully remote schools. More than a tenth of students were absent most days in the month in remote schools, almost twice the in-person rate. Similarly, one-quarter of remote students failed to turn in most of their assignments, compared to 14 percent of in-person students. Results in hybrid schools, for nearly all these trends, fell between those for remote and in-person districts.

The lack of engagement went beyond academics: It is taking a toll on the students’ mental health. The CDC documented that in 2020, year-over-year emergency admissions for mental health crises increased by 31 percent for adolescents and 24 percent for young children. As the chief psychologist at Children’s Hospital of Orange County remarked, “It’s almost like the pandemic threw gasoline on embers that were already glowing. We’ve never seen it this bad.” Evidence suggests remote schooling fueled those increases.

Plummeting test scores are not the point, but they do convincingly point to the failure of pandemic remote schooling.

It would be foolish to push schools to respond by narrowly prioritizing test score gains—and equally foolish to dismiss them as unimportant, because they starkly highlight the extent of the damage remote schooling has done.

Other districts are wisely minimizing remote options. New York City’s public schools will not offer them. New Jersey took the same stance, statewide. Washington, D.C., public schools will offer remote instruction, but only with a proven medical necessity. Those decisions might not be popular with everyone, but they directly confront the diagnosis that has plagued our students.

Fortunately, early evidence suggests most districts are making the right decision and leaving remote options behind.

The road to recovery will be a long one, but the shortest route for most students is in-person schooling.

Remote instruction should not be a default, or even an easily accessible option until districts are certain it can meet the needs of students across the board—and yes, in ways that will be reflected in test scores.

Editor’s note: This was first published by The Hill.

Nat Malkus is a senior fellow and the deputy director of education policy studies at the American Enterprise Institute.