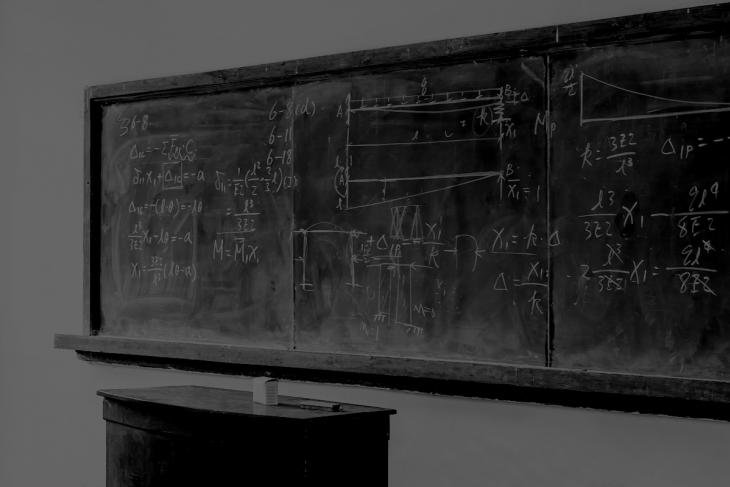 Three separate analyses were published last week on how the coronavirus might affect children’s learning. Echoing a piece I recently wrote, they all conclude that the current school closures could have a devastating impact on student achievement. Specifically, we’re going to see big declines in math, and modest ones in reading, unless schools and districts act swiftly and decisively.

The first analysis is by NWEA. Researchers Beth Tarasawa and Megan Kuhfeld used data from NWEA’s MAP Growth assessments to project achievement trajectories of a national sample of over five million students in grades three through eight. The crux of their study was a comparison of a typical school year sans learning disruptions with a forecast based on student learning loss patterns during a typical summer. Notably, the researchers did not include the potential effects of distance learning as part of their modeling, but it’s unlikely that would have made much of a difference in their gloomy projections.

To wit, NWEA estimates that students may return in the fall with less than half of typical learning gains in math and, in some grades, nearly a full year behind what would be expected during normal conditions. And this dour outlook doesn’t take into account the impact of joblessness, food insecurity, and other life circumstances that disproportionately afflict our most vulnerable families. Taken together, they paint an alarming picture of what could be in store.

The second analysis is by Paul von Hippel, writing for Education Next. An associate professor at the University of Texas at Austin, von Hippel also believes the prognosis for student achievement is dire. However, he thinks summer learning loss is a poor analogy for the present predicament facing schools because, among other reasons, the research on how students spend their summers is limited, and results from recent studies on the topic run counter to the prevailing wisdom that the summer slide is a material drag on performance. Moreover, von Hippel notes that students now are not on vacation, further rendering the comparison to summer learning loss inaccurate.

Another inequity that will be laid bare is the digital divide. According to von Hippel, students will probably learn more, on average, during the coronavirus closures than they did in previous school stoppages. From email and text messages to websites and videoconferencing software, online learning has never been easier to facilitate. However, students from low-income households are less likely to have reliable internet access, further exacerbating the gap between the haves and the have-nots.

The third analysis is by Josh Boots. The executive director of D.C. based EmpowerK12, Boots used NWEA MAP and PARCC data in grades three through eight to construct a predictive model, which included research of summer learning loss, natural disasters like Hurricanes Harvey and Katrina, and student growth by attendance rate. Comparing these outcomes with data specific to the nation’s capital, Boots expects overall PARCC proficiency to decline one percentage point for every week of lost instruction—with economically disadvantaged students and students with disabilities facing even bleaker prospects. However, unlike NWEA’s analysis, Boots’s study suggests students will take a harder hit in reading, perhaps because PARCC includes writing as part of ELA. His analysis also includes a calculator tool to help policymakers delve into the academic impact of school closure upon PARCC proficiency rates.

The upshot from all of this is that schools and districts need to get cracking. NWEA CEO Chris Minnich said, “The main message from this research is we’re in a moment. This won’t be back to school as normal. Figure out what you want school to look like in the fall now.” My colleague Robert Pondiscio agrees, and believes that the current attention to online learning, while understandable, has been a distraction. Rather than putting all of our energy into standing up a new education delivery system overnight, Pondiscio makes a compelling argument that our students would be better served if we focus mostly on what will be required of teachers this fall, and then do everything we can to make their herculean job as easy as possible. This could include extending the school year into the summer, starting earlier in the fall, or mandating summer school, though doing the latter in-person might not be feasible.

This presumes that the anticipated learning loss from COVID-19 turns out to be as bad as predicted because as unnerving as these analyses are, they are ultimately educated guesses. As it stands, schools won’t know which students need retention or remediation because teachers won’t have spring testing to inform their work, and they likely will not have seen students in person for half a year by the time we return to some semblance of normalcy. With state revenues heading into a tailspin, the appetite for administering standardized tests in the fall will be anemic, but it would make sense for states to direct the money originally earmarked for spring testing to some form of no- or low-stakes diagnostic assessment—perhaps administered virtually—in the fall.

In the meantime, schools and districts have an education recovery to prepare for. Policymakers need to take a step back to help prioritize what really matters, and educators would do well to continue focusing on their kids while steeling themselves for the unprecedented, large-scale remediation ahead. While many are doing their darnedest to keep student learning going, others are using the global pandemic to push their self-interested agendas. Let’s hope there isn’t too much of the latter as the loss of learning brought on by months of missed schooling carry real consequences that we have only just begun to grasp.