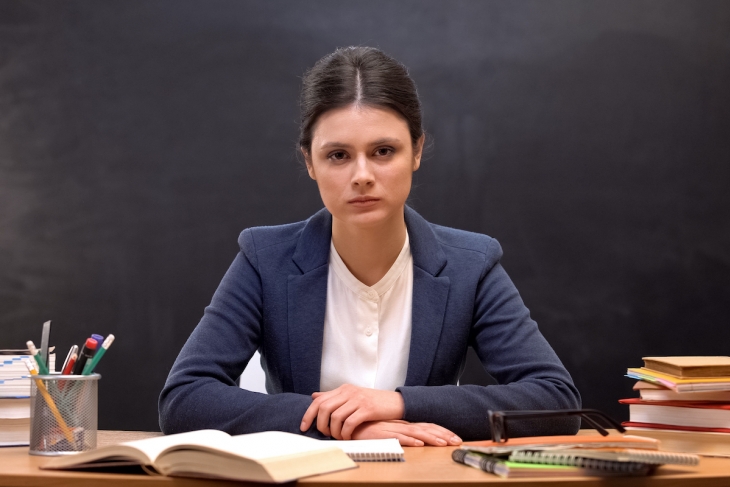 As the start of the school year rushes toward us, millions of teachers across America are girding themselves for their new role as “essential workers” during a persistent pandemic, looking ahead with trepidation to teaching while wearing masks, behind Plexiglas, and to students who will have been out of the classroom for six months or more.

As dreadful as all of that is, one group of teachers has it particularly rough: U.S. history instructors. They must also perform their duties during a full-scale culture war over how to tell the American story, especially on the central and complex issue of race.

True, questions about how best to teach American history have been fraught—and fought—for decades, certainly since the rise of the revisionists and the publication four decades back of Howard Zinn’s A People’s History of the United States. Particularly sensitive is how to handle America’s original sins of slavery and white supremacy. But with the New York Times’s controversial 1619 Project winning the Pulitzer Prize this year, youthful mobs toppling statues, and a series of counterpunches from President Trump, the debate has jumped from teachers’ lounges to the front pages.

This cannot be good for high school history courses, or for kids who are both required to study U.S. history and ought to understand it.

How things have changed from just five years ago, when Hamilton’s smashing Broadway success pointed to an inclusive, inspiring way to grapple with the contradictions at the heart of America’s founding. Jonah Goldberg summarized it beautifully in his chapter in our recently-published volume, How to Educate an American:

Only fools and bigots could belittle [slavery’s] evil. Yet slavery’s resonance in America comes not from its evil but from the founders’ hypocrisy. Since the Agricultural Revolution, nearly every civilization practiced slavery, but none also claimed to believe that “all men are created equal” and that they are “endowed by their Creator with certain unalienable Rights….” The staggering hypocrisy of slavery is regrettable in one sense, but glorious in another. Hypocrisy is only possible when you have ideals.

As Bret Stephens wrote this week, that’s the story of U.S. history as “gradually and imperfectly unfolding liberty.” But the revisionists—most notably, and recently, Nikole Hannah Jones of the 1619 Project—instead promote a story “of unbending oppression.” Or, as Goldberg puts it, “The Zinnian approach takes America’s sin of slavery and makes it an eternal blemish that never shrinks in the rearview mirror no matter how much progress we make.”

Making matters worse is when the revisionists stretch the truth to fit their narrative. Imagine how much better received the 1619 Project would have been among conservatives had Jones not propagated the lie—that really is the best word—that “one of the primary reasons the colonists decided to declare their independence from Britain was because they wanted to protect the institution of slavery.” (This was later amended by the Times to “some of the colonists.”) Jones could have simply laid out the gripping and troubling history of 1619 and argued that it should be studied by schoolchildren rather than swept under the rug. But instead she targeted the miraculous accomplishments of 1776 as well, and did it with dishonest attacks.

…our children are taught in school to hate their own country, and to believe that the men and women who built it were not heroes, but that they were villains. The radical view of American history is a web of lies—all perspective is removed, every virtue is obscured, every motive is twisted, every fact is distorted, and every flaw is magnified until the history is purged and the record is disfigured beyond all recognition.

And was it really so controversial when he argued that:

We must demand that our children are taught once again to see America as did Reverend Martin Luther King, when he said that the Founders had signed “a promissory note” to every future generation. Dr. King saw that the mission of justice required us to fully embrace our founding ideals. Those ideals are so important to us—the founding ideals. He called on his fellow citizens not to rip down their heritage, but to live up to their heritage.

Above all, our children, from every community, must be taught that to be American is to inherit the spirit of the most adventurous and confident people ever to walk the face of the Earth.

Americans are the people who pursued our Manifest Destiny across the ocean, into the uncharted wilderness, over the tallest mountains, and then into the skies and even into the stars.

We are the country of Andrew Jackson, Ulysses S. Grant, and Frederick Douglass. We are the land of Wild Bill Hickock and Buffalo Bill Cody. We are the nation that gave rise to the Wright Brothers, the Tuskegee Airmen, Harriet Tubman, Clara Barton, Jesse Owens, General George Patton, the great Louie Armstrong, Alan Shepard, Elvis Presley, and Mohammad Ali. And only America could have produced them all.

In fact, it sounds rather similar to what Joe Biden said in the aftermath of the George Floyd killing, in a speech I lauded as an example of how to teach a patriotic, if imperfect, version of American history:

We build the future. It may in fact be the most American thing to do.

We hunger for liberty the way Harriet Tubman and Frederick Douglass did.

We thirst for the vote the way Susan B. Anthony and Ella Baker and John Lewis did. We strive to explore the stars, to cure disease, to make this imperfect Union as perfect as we can.

We may come up short—but at our best we try.

In other words, both Trump and Biden seem to be saying, let’s tell our story like Hamilton does.

Yet Hamilton, less than five years old, is now considered “not woke enough” in some quarters. Doesn’t that strike folks as crazy? As Megan McArdle wrote several weeks ago in reference to the ongoing statue-cide, it’s critical to be able to draw lines, to make distinctions, to say when enough is enough. Otherwise the mob rules, and we sacrifice our precious inheritance—of history, of the Enlightenment, and of the truth.

So back to our beleaguered history teachers. It would be hard to fault them for trying to sidestep any and all controversies this fall, especially in light of recent injustices and racial tensions, or to take the edges off them with bland, antiseptic readings, such as those common in textbooks. But that well-traveled road leads to bored, disengaged students, and contributes to young Americans’ woeful knowledge of our nation’s history.

A better approach is one modeled by the new A.P. U.S. History curriculum, which, after some initial missteps, manages to tell the American story in all its fullness and glory without slipping into politicization or veering from the truth. Other courses could as well.

Let’s be honest though: Such an approach won’t make everyone happy; it might not make anyone happy. So we should remember to applaud our history teachers who show the courage to do it anyway, who give our young people the complete picture of America, not just one that fits the preferred narratives of the left or the right. Because the courage to speak the truth is part of the American story, too.