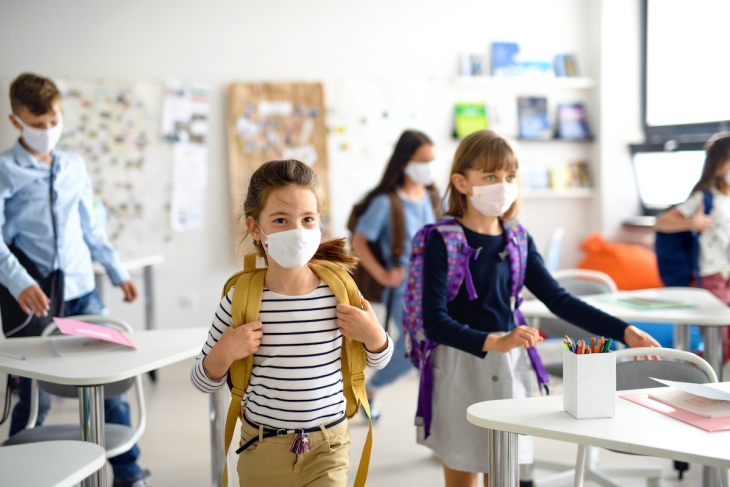 Last month, I weighed in on the renewed calls for civics education after January 6’s disgraceful assault on the U.S. Capitol. While teaching civics would be a good start, schools are critical institutions of civil society regardless of whether they teach civics well or at all. They are inherently stabilizing institutions, which is especially important given the polarization trends in the United States, as noted by authors Maggie Koerth and Amelia Thomson-DeVeaux in an insightful new analysis for FiveThirtyEight. The authors delve into how and why we got to the riot at the Capitol, what the dividing lines are, and whether there’s any hope for healing and reconciliation in the Biden era.

They’re not optimistic. “Everything is partisan now,” they write. “And all-or-nothingism has, accordingly, become the way politics is practiced.... That’s not just the result of increasing polarization—there’s a twisted mess of forces at work.” Sound familiar? That’s because education has been wrestling with its own Gordian knot of worrisome trends during the pandemic, shaped more by politics than evidence, due to the loss of social stability and cohesion offered by schools when they’re open.

As with the forces pulling Americans apart, the devastating consequences of keeping school doors shuttered is nowhere more evident now than in how teachers unions have dragged their feet to stay remote, putting the White House at odds with the CDC and in a tough political position, challenged to choose between the unions and a growing number of angry and frustrated families. “It’s fear-based,” laments one parent of the current state of play. “Like if it was science-based, fact-based, data-based, we could put out a metric or we could look at the data and decide when we get there and when it’s safe. But it has become an emotional conversation. It’s become a political conversation. And I don’t know where and how you end those.”

Those conversations become even more despairing when teachers jump ahead of the line to get vaccinated even as they refuse to return to classrooms. We’ve seen that in Fairfax County, Virginia, the same school district that was running empty school buses last fall to justify keeping their bus drivers on the payroll. Is it any wonder that parents there are at wit’s end? Or consider San Francisco, which has also been a flashpoint for this power struggle between parents and establishment interests.

To be fair, reopening schools doesn’t mean people won’t disagree, even heatedly, about what kids learn, the values schools impart, or for whom schools are named after. Merely that, when we invest in a shared civic space because our children are inside it, a virtuous incentive structure is in place to compromise, be more reasonable, and perhaps even less irritable.

Indeed, Koerth and Thomson-DeVeaux observe that a “meaningful minority” of Americans are angry, cynical, and suspicious, and the “partisan death spiral” the nation is in tends to reinforce itself. The result is a gradual erosion of trust that “makes compromise and de-escalation even less likely.” But thankfully, it’s not all gloom and doom:

Political science does offer some clues to what might calm the nation. The most powerful forces shaping our opinions are our friends, neighbors and the public elites we see as “one of us.” This means affective polarization also has power over the facts we believe and what, if anything, can be done to heal rifts between one side and the other. The transition to a new president seems like an opportune moment to change the zeitgeist, to get us “back to normal.”

Have you ever thought carefully about why you voted the way you did in the last election? How big a factor was your education?

How we were raised, where we grew up, where we live, where we work and, perhaps most influential, our closest friends’ views on politics are more important, I think, in making such decisions. We prefer to share the views of those we love. My wife and I have been together for 55 years so far. Somewhere in the middle of that time, we voted differently. The arguments weren’t much fun.

The human connections described by Koerth, Thomson-DeVeaux, and Mathews—and their unifying effects—have been severely and adversely impacted since schools shifted to a remote model. If the nation goes into another fall with schools still shut—as some districts have outrageously started to signal—the fury and cynicism across the country will ratchet up another notch, putting any semblance of normalcy that much farther out of reach.

If we’re to have a shot at leaving the acrimony and divisiveness behind, our nation needs the anti-polarizing effect of open schools. Once that’s had, there are some things within schools’ control. Local communities can begin by teaching their students how to find common ground with those they might disagree with, to foster genuine bonds of affection for one another, and to celebrate diversity in all its forms. As former President George W. Bush once said, “We have never been held together by blood or background. We are bound by things of the spirit, by shared commitments to common ideals. At our best, we practice empathy, imagining ourselves in the lives and circumstances of others. This is the bridge across our nation’s deepest divisions.”