Not everyone’s on board with turning schooling into therapy 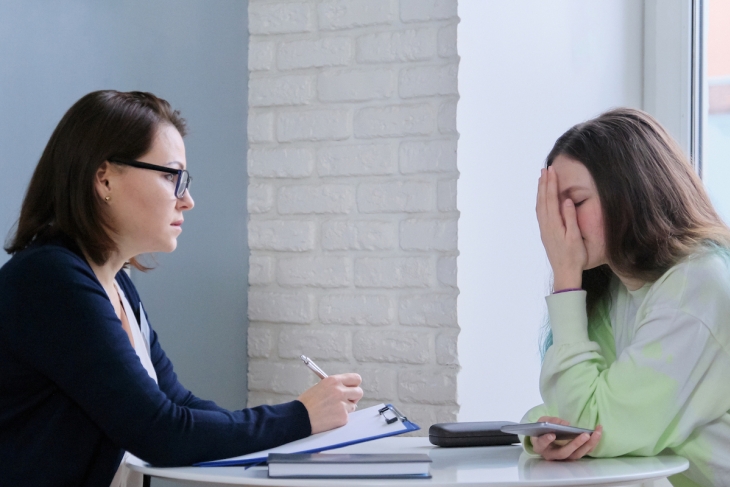 It should go without saying that schools have a role to play in attending not just to academics but to the overall well-being of children. This isn’t controversial. Schools have been concerned with character formation and values since Plato sat with students under an olive tree. Teachers have worried about the “whole child” at least since Dewey.

You know there’s a “but” coming.

Social and emotional learning (SEL) is consistent with that age-old impulse in schooling, but in this latest form and function it represents something different than its progenitors. In a new paper for the American Enterprise Institute on “the unexamined rise of therapeutic education,” I argue that SEL has drifted ever closer to the central purpose of schooling without a full and appropriate discussion of its priorities, role, and methods. It risks pushing teaching toward a field of work more akin to therapy, social work, or even the clergy, but with insufficient consideration of the potential downsides of doing such sensitive work haphazardly. Perhaps mindful of this under-examined expansion of its priorities, SEL has been promoted by its enthusiasts as intertwined, even inseparable, from the academic mission of school. But it actually risks heralding a significantly different vision for public education, one that blithely declares settled a century-old debate between traditional and progressive, or “whole child” approaches to schooling.

Former University of Arkansas professor Jay Greene, now at the Heritage Foundation, has argued persuasively that SEL represents an educational priority “as old as education itself,” but in its present form is estranged from the moral and religious roots that make it compelling and effective. By contrast to traditional notions about character education, SEL “seeks to appeal to elites’ secular and scientific preferences by using psychological concepts, attempting to validate psychological scales to measure those concepts, and then using those measures to centrally manage improvement in SEL goals,” Greene recently wrote.

Uprooting SEL from its classical and religious foundations pushes teaching inevitably, by process of elimination, into the realm of what a pair of British authors, Kathryn Ecclestone and Dennis Hayes, have dubbed “therapeutic education.” In a 2009 book, the pair described how ideas and techniques borrowed from popular psychology have aggressively inserted themselves into classroom practice along with the idea that “emotional well-being, emotional literacy, and emotional competence are some of the most important outcomes of the education system.”

Parental ambivalence—if not outright hostility—to such an approach to SEL is clear from Fordham’s recent report How to Sell SEL: Parents and the Politics of Social-Emotional Learning. On the one hand, Fordham’s poll shows strong support for anodyne SEL goals such as learning to set goals and achieve them, and believing in oneself. But on the other, nearly half (49 percent) of Americans surveyed agreed that schools “should focus on academics and leave social and emotional learning to parents and others.” As I note in my report for AEI, at some point concern for students’ emotional health and well-being, however well intended, can become too personal, intrusive, and sensitive to be a legitimate function of public school and thus the state. Many Americans appear to feel this way, too.

The line is more likely to be crossed when teachers are pressed into quasi-therapeutic roles that they are ill-prepared to play or that they may embrace reluctantly or reject entirely. As damaging to children as it might be for a teacher to perform poorly at teaching reading, math, or history, the effect of a teacher doubling as a poor (or poorly-trained) mental health professional can be even more dire.

One great danger, woefully under-discussed, is the potential to stigmatize children from disadvantaged subgroups, whom teachers may be encouraged to see as trauma victims, resulting in low expectations, not because of soft bigotry, but the quasi-therapeutic language of “trauma-informed” pedagogy, which asks teachers to keep front of mind how various forms of adversity may have impacted students cognitively. But as I’ve noted previously, “trauma” has come to be so promiscuously defined as to alarm even the public health experts who pioneered our understanding of “adverse childhood experiences” or ACEs. It is not just likely but nearly axiomatic that every student in a high-poverty school will be viewed as suffering the effects of trauma with little or no appreciation or allowance for the structures in their lives, such as supportive family relationships and community ties that mitigate against the effects of stress.

In sum, and with respect to my Fordham colleagues, the impetus to “sell” SEL is premature, however well-intended or earnestly one views it as a complement to a school’s academic mission. In too many places, social and emotional learning is not just an enhancement to teaching practice, but a potentially profound shift, one that raises questions about education’s role in society and the assumptions we make, with or without public and parental input, about the social, cultural, and economic roles a school plays—and is permitted or encouraged to play—in a child’s life.