Social and emotional learning is just character education and a thesaurus 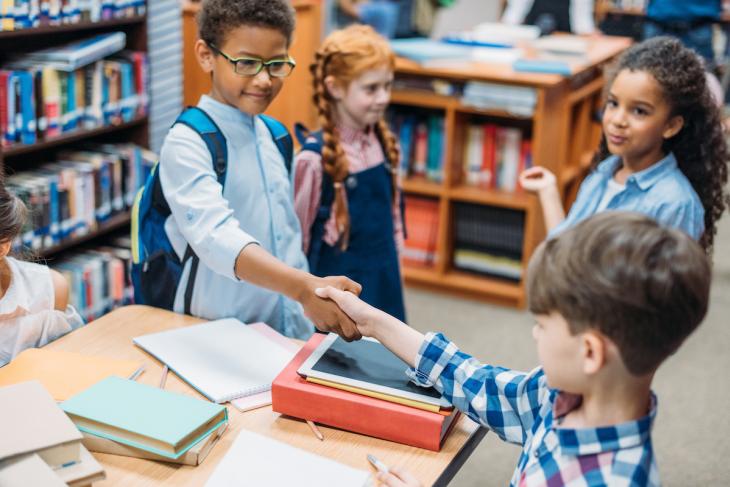 More than most fields and professions, education has a remarkably poor grasp of its own history. One of the reasons we are so susceptible to fads is because so few of us recognize that the Shiny New Thing is so often a recycled idea and a Ted Talk. (True story: I once witnessed a top editor of Edutopia stunned to learn that project-based learning was a one-hundred-year-old pedagogy, not the product of George Lucas’s fertile imagination). In education, there is very little new under the sun.

Jay Greene, bless him, knows his history. In a thoughtful and bracing new report for the American Enterprise Institute, Greene, the chair of the Department of Education Reform at the University of Arkansas, points out that social and emotional learning (SEL) is essentially character education and a thesaurus: contemporary concerns for impulse control, self-efficacy, empathy, teamwork, and problem-solving have roots “deeply enmeshed in moral and religious precepts” going back over 2,000 years. SEL enthusiasts are “entirely right that schools need to attend to these broader educational goals, just as they do to specific academic content,” Greene writes. “My concern is that they are likely to fall far short if they fail to acknowledge the moral and religious roots of SEL, do not consider how past efforts have managed to succeed, and attempt to reinvent those past efforts from scratch on a technocratic foundation that is at odds with what allows SEL to be effective.”

In other words, don’t expect much if you try to divorce SEL from the religious and moral foundations that make it meaningful, and which represent “a set of educational priorities that are as old as education itself.” Greene brilliantly connects the dots between SEL’s priorities and the cardinal virtues described by Socrates in The Republic (prudence, courage, temperance, and justice), which were subsequently incorporated into Christian theology. “There is nearly a one-to-one correspondence between the cardinal virtues and the core SEL competencies as identified by the Collaborative for Academic, Social, and Emotional Learning (CASEL),” Greene observes.

But what’s the harm in stripping character ed from its roots, if that’s the cultural and secular sugar required to make the medicine go down? That’s “neither possible nor desirable,” Professor Greene insists. SEL goals lose their potency and meaning as mere abstractions. Their success over millennia is attributable to “the alignment of the moral and religious convictions of the students and their families with the instruction they are receiving [in school].” Furthermore character education is “more likely to succeed if it is being reinforced, or at least not being contradicted, in students’ homes,” he writes. And I agree.

To his credit and surprisingly, Greene, a vocal school choice proponent, cautions that choice “would help but is not necessary for effective SEL.” The “voluntary community of shared value” borne of choosing to live in areas and neighborhoods among like-minded people of similar backgrounds and worldviews is “sufficient for effective SEL even absent school choice,” he notes. The greater threat is any attempt by a technocratic elite to manage SEL goals via “centrally measuring and incentivizing them.” Instead, secular technocrats and other proponents should “embrace the opportunity for local and voluntary communities to align SEL with their moral preferences.” SEL instruction can only be effective “if local communities authentically adopt and pursue it, which requires that they be allowed to put their own moral preferences into SEL abstractions,” Greene insists before observing in virtually the next breath that most of his advice “cuts against the grain of the modern education reform movement. “The main challenge with SEL is not how to do it, but what social and political conditions allow any approaches to be effective,” he concludes.

Greene’s paper is the third in a series of SEL papers from AEI. Last month, Mike McShane looked at hard lessons learned from the flawed rollout of Common Core that SEL advocates might profit from (reviewed on Flypaper today, as well); Fordham’s own Checker Finn and AEI honcho Rick Hess kicked the series off with advice to prevent SEL from becoming a distraction to “the centrality of academic instruction.” Collectively the papers are broadly respectful and supportive of the overarching goals of SEL enthusiasts, while offering important cautions. And history lessons.