No, this is not the new normal 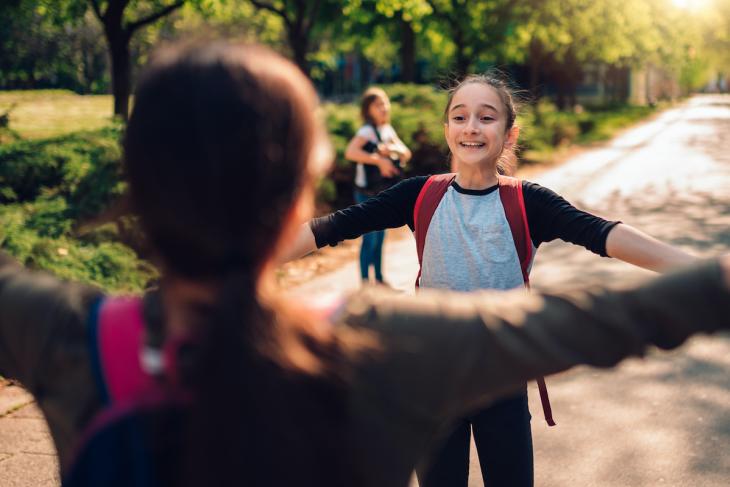 This is not the new normal.

“Remote learning” will not be the primary way most American children are educated for very long, certainly not any time soon. Neither have we transformed ourselves into a nation of homeschoolers or “unschoolers” any more than passengers thrown from a sinking ship into lifeboats can be said to have taken up rowing.

Kids will go back to brick-and-mortar schools—yes, even “government schools”—at the earliest possible moment. Most of them want to go. Their parents mostly want it even more strongly. The act of sending our kids every morning to a place called a school is a cultural habit formed over many generations. It persists because we value it, not for want of a better idea or a more efficient delivery mechanism for education. Except at the margins, such as the 4 percent or so of U.S. kids who were already being home-schooled, Covid-19 changes none of that. The old normal will be back, and in some places sooner than we think. So let’s think about what that will look like, and whether we will be ready.

Start with the obvious: To throw all or even most of our efforts into remote learning is “shoe bomber” planning, responding to the last attack instead of anticipating the next one. Twenty-one states have already closed schools for the remainder of the year. It is a fantasy to believe that we can stem the effects of months without real school by ginning up instructional capacity on the fly in unfamiliar forms in the midst of a public health crisis. By all means, distribute devices and attack the digital divide. Signal to apprehensive students and parents that education must go on, keep kids attached, and strive for normalcy. Schools that have found ways to continue high-value instruction deserve attention and praise. But let’s not gull ourselves into thinking this is some sort of durable solution. It’s an emergency response, nothing more.

The availability of online learning, whether organized by schools or independently by engaged and motivated parents, will mitigate some of the worst effects of months without real school. But as Paul von Hippel of the University of Texas at Austin noted, parents “are even more unequal than technology.” The child spending these weeks sequestered at home with two college-educated parents with flexible work schedules and the bandwidth to supervise and contribute to learning will get more help and enrichment than a single parent with three children and a high-school education. “We’ve known since the 1966 Coleman Report that families are much more unequal than schools,” von Hippel wrote in Education Next. “We’re about to see what happens when we turn up the volume on families and turn it down on schools.”

What will happen is foreseeable. A report last week from the Northwest Evaluation Association’s (NWEA) Collaborative for Student Growth Research Center estimates that students will return to school in Fall 2020 with “roughly 70 percent of the learning gains in reading relative to a typical school year.” In math, the Covid-19 slide will be even greater. School children are likely to return with “less than 50 percent of the learning gains and in some grades, nearly a full year behind what we would observe in normal conditions,” according to Beth Tarasawa and Megan Kuhfeld, the report’s authors.

Local conditions will dictate local responses, but a few common themes seem certain. The youngest children are the most likely to be seriously harmed by extended school closures. Kindergarten through second grade are the most critical years in a child’s formal education, and very young children are least likely to get any value from remote learning without an active and engaged parent or caregiver working directly and extensively with them. Their social development will also suffer. As one veteran early childhood educator put it, “First grade is going to feel a lot like kindergarten.”

The first priority for forward-thinking district superintendents planning for the resumption of school is staffing. “If I was in a district, I would be asking, ‘Who has their teaching credential in the district office and can teach for the first six weeks of next year?’” says Chris Minnich, CEO of NWEA. “Anyone who has the expertise should be in the classroom because making sure that kids, especially in the early grades, get targeted instruction in the beginning of the year is essential.”

At least at the elementary and middle school levels, where the effects of lost learning time will be acute, “we have to think differently about the first six to eight weeks of school,” Minnich adds. “I’d let the experts tell us how long that should go on for, but it needs to be a fairly focused period of time, primarily focused on the previous grade standards.”

Candice McQueen, the former commissioner of the Tennessee Department of Education who now leads the National Institute for Excellence in Teaching (NIET) expects one of three possibilities for next year, depending on the district. “We’re back in brick and mortar; we are fully virtual for some period of time; or we’re in some hybrid approach. Leaders need to take a blank sheet of paper now and say, ‘What would we do in each of these scenarios?’” she counsels. Echoing Minnich, she stresses human capital. “Let’s staff and hire differently for what we think we will need. And let’s give people the right job description, training, and support for what we need them to do.”

Some district superintendents are already thinking ahead. In the first days of the crisis, Clark County (Nevada) Superintendent Jesus Jara’s first priority, as with many of his counterparts, was to “get the students engaged. Obviously take care of their social, emotional [needs].” But with digital devices in the hands of fewer than two-thirds of the district’s 325,000 students, Jara’s attention turned almost immediately to preparing for school to resume. Digital learning is “enrichment only.” De-emphasizing what can be done to advance learning right now have brought howls of derision in some quarters, particularly when the perception exists that districts would prefer no learning to inequitable instruction. But the decision is more sensible and defensible when considering how little can be reasonably accomplished under emergency circumstances versus the prodigious foreseeable challenges that lie ahead.

“I said to the team, ‘Guys, we’ve got to get ready.’ We’ve got to keep everybody calm, but our focus is moving into what is school going to look like when we return,” Jara told me. The gaps are going to be “larger for our students of color, our free and reduced lunch, our English language learners, our special ed students,” and for the 7 percent of Native American children in the district, the nation’s fifth largest. “We have to accelerate and start planning the return.”

Plans to make up for lost time require urgency, but should avoid complexity and stay well within the talents and capacity of existing staff. Adding complexity to a teacher’s job and stealing time away from the urgent task of remediation should be set aside. One idea worth considering is stepped-up use of assessment-driven ability grouping, at least in the younger grades and for the concentrated period of time suggested by Minnich. This would allow for targeted instruction with minimal differentiation. The district’s strongest teachers should be in front of the students who have fallen the furthest behind. Top-down district control of curriculum and planning may also be necessary for a time, so that classroom teachers can focus exclusively on assessment and remediation. “Teacher leaders and master teachers will be key in design and implementation,” McQueen says.

While this is no time for “moonshots” and grandiose schemes, with massive unemployment looming and a terrible job market for new college grads, there may be an opportunity to press non-professionals into emergency service for several weeks or months of targeted, high-dosage tutoring in high-needs schools.

Keep it simple. Keep it focused, intense, achievable, and time-limited. The most attention should be on those who have fallen the furthest behind. If we aren’t planning for the resumption of schools, and for the foreseeable conditions we will face, we will be caught flat-footed a second time.