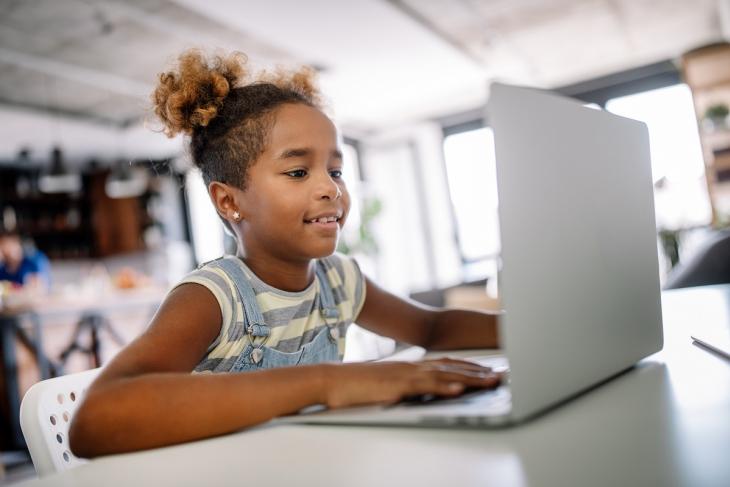 “This is unprecedented,” said Eva Moskowitz “We’re not used to planning for a pandemic.”

The CEO of Success Academy had just opened a Tuesday-afternoon webinar on her network’s transition from forty-five brick-and-mortar charter schools to the anticipated launch, less than forty-eight hours away, of “remote learning” for its eighteen thousand students. More than two-thousand people signed up for the webinar, comprising teachers, school administrators, and interested others from across the country, plus a number of anxious Success Academy parents, many likely overwhelmed and anxious at the prospect of weeks, perhaps months, without school and all eager to hear what Success Academy has cooked up to steer its staff and scholars through the uncertain weeks ahead.

Moskowitz may not have anticipated the coronavirus outbreak, but if there’s any school district or charter management organization whose thinking is worth taking seriously when business as usual is no longer possible, it’s Success Academy. Regular readers may know that I published a book about the controversial network last year. People admire or dislike Moskowitz and her schools for any number of reasons. But I know of no other charter management organization or school district—and few organizations of any kind—that are as well-run, focused, and disciplined as the one Moskowitz created and commands. It is a small urban school district and an unusually high-functioning one. To judge by tests scores, there is literally no such thing as a bad Success Academy school.

There was no talk of test scores in the webinar. Moskowitz urged her listeners to keep it simple. “We’re not medical experts, we’re not city planners,” she explained. “This is a time for simplicity and being careful not to throw in too many bells and whistles,” she advised, noting that her schools and staff would place a premium on “inspiring and engaging” students. Enhancements, if necessary, will come later “as we get more experienced in this radical change…and the unusual modality that we are operating in.”

For as long as it must operate without building and classrooms, Success Academy plans to follow six “guiding principles”: 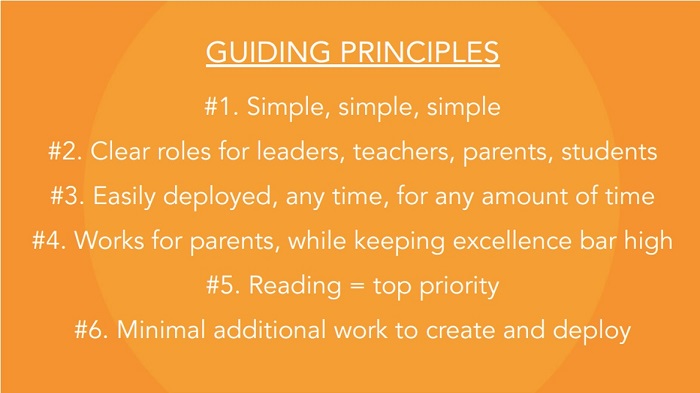 At the elementary school level, teachers are expected to call each student twice a day for five to seven minutes each to talk about daily math work and the books children are reading. The expectation for the youngest Success students is about two and a half hours of learning time per day, including frequent breaks. “If we can make this work for little kids for two and a half hours a day, that will be an accomplishment,” Moskowitz explained. “We’re trying to make sure that we have some clear victories before we get more ambitious.”

Those brief calls will consume most of teachers’ days. “Five to seven minutes isn’t a long time,” noted Jessica Sie, who heads literacy and history at Success. But with thirty students in their classes, it adds up quickly. “It’s about seven hours once they connect with students twice a day,” she calculates. “That’s going to become their teaching day.”

At the middle and high school levels, Success Academy has the advantage of students already equipped with school-issued Chromebooks and the ability to work a little longer and more independently. Here, the plan is something closer to a “full remote learning environment,” but not one without logistical hurdles. A middle school math teacher might teach sixty to eighty students in a given grade under normal conditions, for example. Going forward, one will teach the lesson, with others checking attendance, studying student work, and offering feedback as they work in Google Docs or other digital platforms, thus providing all students with individualized feedback.

Middle and high school teachers will also be holding “office hours” to conference with students, where they will give feedback on assignments. “Our kids are new to working remotely, and we want to provide the best support for them possible to do that,” Sie explained “We’re also going to start the day with a call with all of the homeroom students together…We want to make sure that they continue to feel a part of a learning community.”

If luck is the residue of design, Success Academy has the advantage of a school model and routines that made significant demands of parents long before the coronavirus pandemic. The overwhelming majority of its parents may be low income, but they are accustomed to school routines that require them to read with their children nightly, check homework, maintain reading logs, and stay intimately involved and responsive with their children’s academic lives. That should pay dividends under these circumstances.

One of the central figures of my book, How the Other Half Learns, is fourth-grade teacher at SA Bronx 1 Kerri Lynch, who is now in her second year as a principal at SA Bensonhurst, a network elementary school in Brooklyn. I called her to see how the launch rollout was going. She said the network team “has done a really nice job” putting together at-home learning materials consisting of reading, writing, math, and science, as well as a schedule that families are being encouraged to follow with their kids. “The main priority for staff is all hands on deck and to make initial contact with all our families,” establishing times for the promised twice-daily calls to each student. “So if I’m calling Johnny at 11:00 a.m. and 2:30, I’m calling Johnny at those times every single day. That way it should be not easy but easier for families to be to be available, know what’s coming, and take that phone call.”

Success is not counting on every elementary school family having a computer and WiFi at home. Materials are designed to be simple enough to be accessible with a smartphone. “All the schools gave the kids pencils and paper on Friday, knowing that we were going to be closed. So if there are cases where it’s just mom’s smartphone and you might only be able to use it for ten minutes [to copy the assignment], you can still do the work.” Kids were also sent home with “tons of books,” Lynch said, reinforcing another piece of advice offered by Moskowitz and Sie several times during the webinar: Reading is the top priority.

Success Academy has won national attention for more than a decade for its extraordinary scores on standardized tests. But the subject didn’t come up either in Moskowitz’s webinar or in my conversations with Lynch or other Success staffers this week. When asked about state tests in the audience Q&A portion of the webinar Tuesday, Moskowitz merely said she was “waiting like everyone else” for information on whether state tests would be rescheduled. However, she noted that it’s “unlikely that they are going to be given at the appointed time, given that New York City schools are closed through April 20th.”

The message, unspoken but clear, was that the goal right now is simply to ensure kids remain attached and engaged and to keep them from losing ground until the world starts spinning again.