A new era of accountability in education has barely just begun 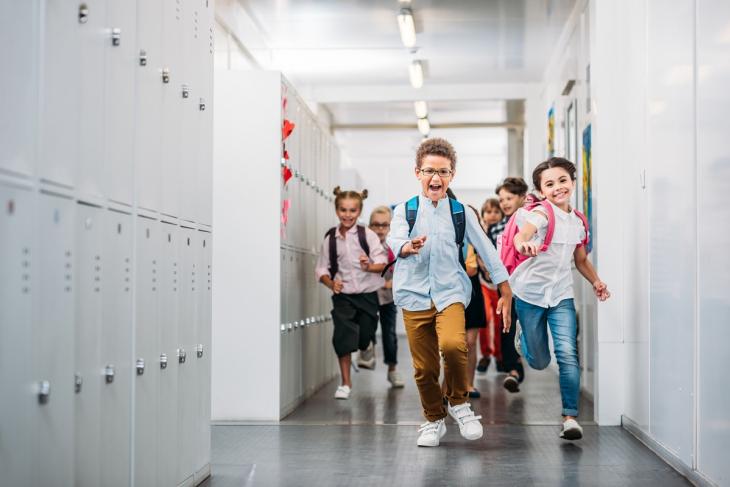 As we approach the fourth birthday of the Every Student Succeeds Act (ESSA), much angst remains around testing and accountability in education. ESSA released some steam from the boiling pot of education politics by turning a number of key decisions over to states and reducing the stakes associated with “high stakes testing.” But those politics still simmer. That’s partly because American children continue to spend lots of time taking standardized tests; because of growing interest in aspects of schools’ mission that go beyond academics, especially social and emotional learning; and because of questions around whether testing and accountability systems are actually helping to make our schools better.

There’s an almost understandable urge then to lurch toward yet another reform strategy. In my opinion, that would be a big mistake. Most states have spent the past decade overhauling their standards, tests, and accountability systems, and finally committing real resources to capacity-building, especially in the form of curriculum implementation. These pieces have only begun to come together in the last year or two, culminating with the release of school ratings as required by ESSA. What’s needed isn’t to spin the wheel of education policy once again, but to show some patience and commitment—and finish what we started.

For most of the twentieth century, state policymakers tried to do quality control by regulating various inputs and processes. To fend off nepotism in hiring, they instituted elaborate civil-service-style protocols for certification and licensure of teachers and administrators. To maintain the integrity of the high school diploma, they required students to pass certain courses and earn a specified array of Carnegie units. To make sure dollars were targeted to needy kids, they put in place elaborate accounting rules.

Some of those efforts may have helped, especially in communities sorely afflicted by corruption and cronyism. But they created a whole new set of problems by wrapping schools and educators in miles of red tape. Labor agreements that ran hundreds of pages long made this problem worse. All of this created a culture of compliance, rule-following, and box-checking, rather than a can-do attitude of innovation and continuous improvement.

By the 1980s, some leaders, frustrated at the lack of progress, proposed a new approach. It was what then-Governor Lamar Alexander called an “old fashioned horse trade”: Policymakers would stop trying to micromanage every aspect of our schools; in return, schools would be held to account for their results.

Around the same time, some groups on the left had also grown frustrated with the regulatory approach and embraced accountability as a tool to force schools to pay attention to low-income kids, children of color, and other disadvantaged youngsters. This gave rise to the left-right coalition led by civil rights and business groups that supported testing and accountability in the 1990s and gave birth to the No Child Left Behind Act of 2002.

Rather than focus generically on holding schools accountable for results, these reformers wanted to hold them accountable for equitable results. Closing achievement gaps (and getting low achievers up to minimal standards) became the priority. So what I will call Accountability 1.0—up and through NCLB—reflected that.

The early attempts at results-based accountability now look rudimentary, even primitive. As modeled by Texas and North Carolina, and later mandated by the 1994 Improving America’s Schools Act, students would be tested regularly (at least once in elementary, middle, and high school), and schools would be categorized based on the percentage of students passing the low-level tests. We did not yet have annual testing that would enable us to gauge progress over time, and disaggregation by student subgroup was a Texas-only phenomenon. Nor were there yet many mandatory interventions in failing schools.

Still, the principle had been enshrined in policy. No longer would we view school quality through the prism of inputs and resources alone—degrees earned by teachers, the size of classrooms, the number of books in the library. Instead, we would look at outcomes.

No Child Left Behind took this approach to another level, with its annual assessments in grades three through eight, rules for measuring “adequate yearly progress,” a universal proficiency target of 2014, and a mandatory “cascade of sanctions” for chronically low-performing schools. Its entire design was focused on getting all students to basic levels of literacy and numeracy. Neither the standards in place in most states nor the assessments were very challenging. Nothing in the accountability model incentivized continued progress for kids who had already mastered low-level standards. But studies would eventually show that the approach largely advanced its mission: The performance of the lowest-performing students rose dramatically from the 1990s into and through the 2000s. Those students are now achieving two to three grade levels ahead of their earlier counterparts. This is historic, life-changing progress. (The booming 1990s economy and big spending increases into the 2000s were at least partly responsible for this good news.)

Given our vast education system and limited surveys about what was actually happening in our schools, it was hard to know for sure what caused achievement to rise so dramatically for our lowest-performing students in the 1990s and 2000s. But it certainly gave reformers momentum, as well as confidence that progress was possible.

With the Nation’s Report Card showing students making gains, and with George W. Bush still in the White House, support for accountability remained relatively strong for the first half of the 2000s. But as the 2008 presidential campaign heated up, NCLB and related policies started to attract more criticism and derision. The problems of testing and accountability were becoming all too clear. Among them: many schools were spending hours upon hours on low-level test-prep; districts had started using commercially developed “formative” and “diagnostic” tests, in part to gauge how their kids were likely to do on the state test, which led to a perception of over-testing; and the “one snapshot in time” approach to measuring effectiveness was unfairly punishing schools serving lots of disadvantaged students while tacitly discouraging schools from paying attention to everyone but the “bubble kids” performing near the line demarcating “proficiency” in reading and math. Perhaps most significantly, the low-level standards and tests in place in most states were sending the wrong signal to parents, educators, and taxpayers: that vastly more students were on track for future success than really were. It was the illusion of proficiency.

With many fits and starts, these concerns eventually paved the way for Accountability 2.0. This recalibration included much more demanding academic standards that were aligned to readiness for college and career, conspicuously in the form of the Common Core; much higher-quality and more rigorous assessments, in the form of Smarter Balanced and PARCC and their successors; and much fairer accountability systems with a greater focus on student progress over time, which was first allowed under NCLB waivers, and then ESSA, plus more transparent school ratings, like five-stars or A to F. It also took most of the “tough” out of accountability’s “tough love” approach, by toning down the expectations for what states have to do when faced with chronically low-performing schools.

This transition has taken the better part of a decade; only in 2018-19 did most states have all of these components in place and issue their first school ratings under ESSA. The question going forward is whether today’s strong economy will combine with Accountability 2.0 to get student progress back on track.

“Accountability” doesn’t directly cause students to learn more. Only new behaviors in the real world, practices engaged in by teachers and kids in particular, can do that. But we accountability hawks hope that external pressure will nudge schools toward those practices and overcome the inertia of the status quo.

By raising standards and making the state assessments tougher, we hope that teachers will raise their expectations for their students. That means pitching their instruction at a higher level, giving assignments that ask children to stretch, and lengthening the school day or year for kids who need more time to reach the higher standards.

We also hope that curriculum developers will create instructional materials aligned to the new, higher standards, materials that would encourage a more challenging and effective type of classroom instruction. This hope has already come to partial fruition, as publishers both old and new release programs that expert analysts at Ed Reports have found to be aligned to the new standards. Now there’s a ton to do to get these materials to teachers and help them work with their colleagues to master them.

All of this, we hope, will rekindle the progress of our lowest-performing students, but also lead to gains for kids at the middle and the top of the performance distribution. Thus the shift from “no child left behind” to “every student succeeds.”

None of this will be easy or automatic. It will take time and leadership and investment, and we will need to wrestle with difficult challenges and trade-offs. For example, now that we are aiming for much more challenging material, schools are finding that many of their students are achieving well below grade level. How to meet these students where they are while accelerating their progress toward where they need to be is extremely difficult work. It’s contentious, too, as it’s not always clear when to “personalize” or “differentiate” instruction, especially for low-achieving students, or when to teach them grade-level material even when it’s a stretch.

This is the nitty gritty work of improving teaching and learning. Digging in and figuring it out, helping educators share what they are learning and get better at getting better, isn’t particularly sexy. Nor will it scratch the anti-testing itch. But it’s what our kids need most if we’re going to recapture the progress we had been making in reform’s earlier days. Relitigating old fights over accountability would only be a distraction.

Stay the course. Do the work. Help every student succeed.

This article was adapted from a longer essay published this week in the Phi Delta Kappan.