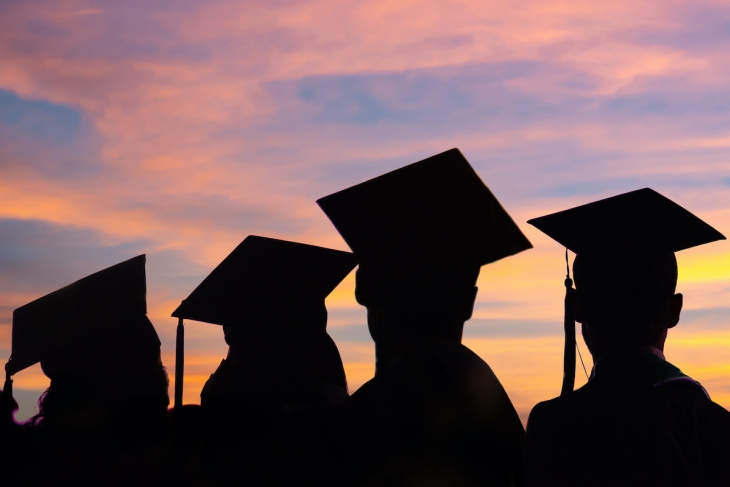 For many years, the Susan Thompson Buffett Foundation (STBF) in Nebraska has provided full-ride college scholarships to eligible high school graduates in the state. This randomized study examines how such largesse affects higher education enrollment and degree completion. Conducted by economists from MIT and the National Bureau of Economic Research, it’s a timely and relevant study, considering President Biden’s promise of free community college for all and tuition-free public colleges and universities for families earning less than $125,000 a year.

Based on straightforward expectations of student merit and strict family income eligibility caps, the STBF scholarship program targets an economically-disadvantaged population deemed capable of college-level work. Recipients receive awards based on financial need per their FAFSA application, their high school GPA (it must be higher than 2.5), and the quality of their college essays. STBF awards are unusually comprehensive, paying college costs for up to five years at any Nebraska public four-year college and up to three years at any Nebraska two-year college. Awards are based on the tuition charged by the institutions—the higher the tuition, the larger the scholarship—and can encompass books, fees, room and board, personal expenses, and transportation. For example, scholarships awarded to attendees at the University of Nebraska–Lincoln during the study totaled $8,500 per year, even though the tuition and fees there amounted to approximately $8,000. Students must also maintain a 2.0 GPA in college each year to continue the scholarship.

Among applicants aiming to enroll between 2012 and 2016, a subset of awards was allocated by random assignment as follows. First, STBF took out the highest scoring applicants and gave them all awards (roughly 15 percent of applicants), then the lowest scoring applicants were removed from the pool. The rest of the applicant pool was then randomly assigned to receive the generous aid or not. The sample included roughly 3,700 treated applicants and 4,500 control applicants who didn’t receive an award. Of that sample, about 6,800 students, or 82 percent, indicated a four-year college as their preference, and the remainder a two-year college. Three-quarters of those in the experimental sample were eligible for need-based federal Pell grant aid, and fewer than a third had a parent with a bachelor's degree. The average, campus-specific award for those attending four-year and two-year institutions was, respectively, $8,200 and $3,900.

The researchers found that the STBF awards boosted enrollment in four-year institutions by almost 11 percentage points—mostly attributable to the decline in enrollment at two-year colleges—and boosted college completion for students in those schools by about 8 points. Conditional on not having a degree, college enrollment in the treated group is sharply higher than college enrollment in the control group two to five years after random assignment. Interestingly, although the aid boosted enrollment rates more for two-year than four-year applicants, it did not increase the completion of associate degrees among applicants in two-year colleges. Of those students who planned to attend a four-year college, 71 percent of scholarship recipients graduated within six years, while 63 percent of students who didn’t receive a scholarship graduated. Nonwhite students, those who were less prepared (that is, those with lower SAT scores), and those eligible for larger Pell grants benefited more from the award.

The awards in general also increased time for completion for some, which increased overall spending and resulted in a reduction in the cost-benefit of the program. And the researchers also found that many of the benefits would flow to upper-income students likely to finish anyway. In other words, most STBF program spending is a transfer, reducing student debt without affecting degree attainment.

In the end, given the lack of community college effects, the study implies that awards induce degree completion primarily to the extent that they spark and deepen early engagement with four-year institutions. Still, even if scholarship programs succeed on that front, there exist multiple other potential pitfalls to “free college”—free to the student that is—that our new president and his administration would be wise to keep in mind.