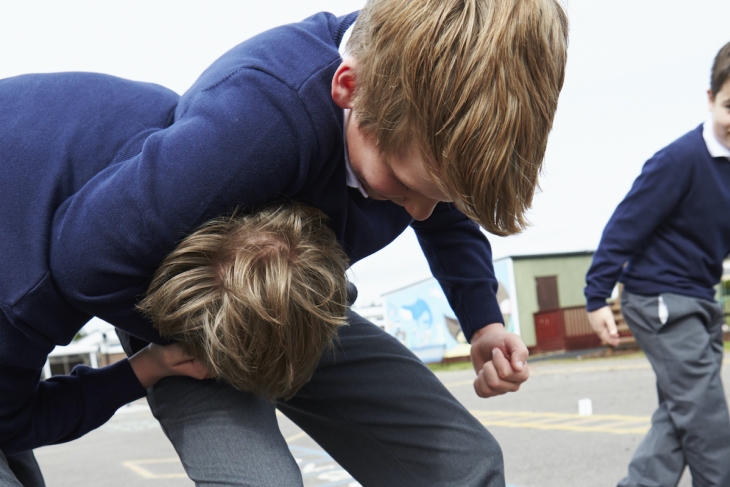 Parents, educators, and experts agree: Millions of American children are facing major mental health challenges related to the pandemic and associated school closures. Thankfully, we’ve already seen administrators begin to ramp up services to support students when they return to school full-time this fall, with the help of billions of dollars in new federal funding. But as traumatized students come back to class, we also need educators ready to handle increased behavioral issues, as some kids “externalize” the suffering they’ve been through and re-learn how to “do school” again. Unfortunately, the discipline policies in place in many schools nationwide may actually exacerbate the challenge, potentially setting us up for disaster.

That’s largely due to the multi-year campaign to reduce suspensions and expulsions, as well as the number of school security guards and police in the corridors. In the past year, according to Education Week, at least thirty-three school districts, serving more than 800,000 students, have eliminated their school police officers, and both Los Angeles and Chicago have reduced their budgets for school security and the number of officers in their schools.

Unlike the movement to “defund the police,” which is generally seen as a fringe position, the movement to “defund the school police” while curbing suspensions and expulsions of disruptive students is getting support from high places. The Democratic attorneys general from twenty-two states plus the District of Columbia signed a letter this spring calling on the Biden administration to reinstate Obama-era limits on discipline in the classroom, a process that administration officials have since launched.

The impulse is understandable. There continue to be big disparities by race and class in the use of exclusionary discipline, as well as in arrests of students by school police officers. Black students, in particular, are two to three times as likely to be suspended, expelled, and arrested as their White peers. Reducing these disparities, it is hoped, will interrupt the so-called “school to prison pipeline.”

Whatever you think of this analysis—and there are good reasons to doubt the conventional wisdom—the answer can’t be simply to stop disciplining kids who misbehave or act out. Indeed, just as less policing can lead to more crime, less discipline can lead to more disorder in classrooms and school corridors.

That’s doubly true, given what so many students have been through over the past year, including suffering from higher incidence of neglect or abuse, dealing with the economic struggles associated with parents’ unemployment, grieving the deaths of friends or loved ones, and the social isolation and loss of routines from not attending school in person. On top of which come the heightened anxieties associated with America’s belated reckoning with racial justice, the murder of George Floyd, and the awful spike in violent crime in most cities. Tragically, all these stressors have hit Black, Hispanic, and poor children harder, on average, than their White and middle-class peers, given the unequal impact of the pandemic and other crises of the past year.

Now imagine what may happen when we combine all that with a cutback in security personnel and new policies on school discipline that make it harder for teachers and principals to address misbehavior. At the very least, we should expect a rise in classroom disruptions, creating yet another barrier to addressing the learning loss experienced by so many children over the past year, plus student pushback to Covid-19 protocols like masking or social distancing. Much worse would be a spike in school violence, akin to what we’re seeing now on too many streets.

Sadly, the victims of disorder and violence are much more likely to be students who are themselves poor, Black, or Brown, and who live in the high-poverty neighborhoods that have been most harshly impacted by this year’s events. It’s going to be hard enough to get their families to send them back to school, given the spike in cases driven by the Delta variant. Imagine how many parents will make their kids stay home if they sense that their schools are out of control.

So what can educators do to support students as the school year begins? By all means, schools and their community partners should continue to expand mental health supports for students, especially in the toughest schools with the greatest needs. And principals need to get to work building (or rebuilding) a positive culture of high expectations, trust, and affirmation. But they also need a realistic plan for addressing misbehavior when it inevitably arises. This can be done respectfully, seeking to help young people understand and meet high expectations around behavior; punishment is not the point. Nor does it necessarily mean more out-of-school suspensions or expulsions. In-school suspensions that allow students to follow their classes via video from down the hall are something we should consider now that the technology is widely available. (The Dallas school district, for example, plans to experiment with reforms along these lines.)

But our empathy for what so many kids have been through shouldn’t lead us to embrace lax discipline standards that prevent the safe and orderly return of students this fall. Two years ago, the Fordham Institute surveyed teachers nationwide about discipline policies. The most interesting responses came from a representative sample of Black teachers. In general, they agreed that Black students were unfairly disciplined, but they also wanted more discipline in their schools, not less.

Educators and policymakers, including Biden administration officials, would be wise to listen to those teachers and come into the new school year with eyes wide open and ready to tackle these challenges. In particular, they should rethink their efforts to reduce policing and discipline in the schools. Our kids have been through enough over the past fifteen months. The last thing they need is for us to allow their classrooms, cafeterias, and corridors to become conduits for further pain and suffering.