How does money matter for schools? 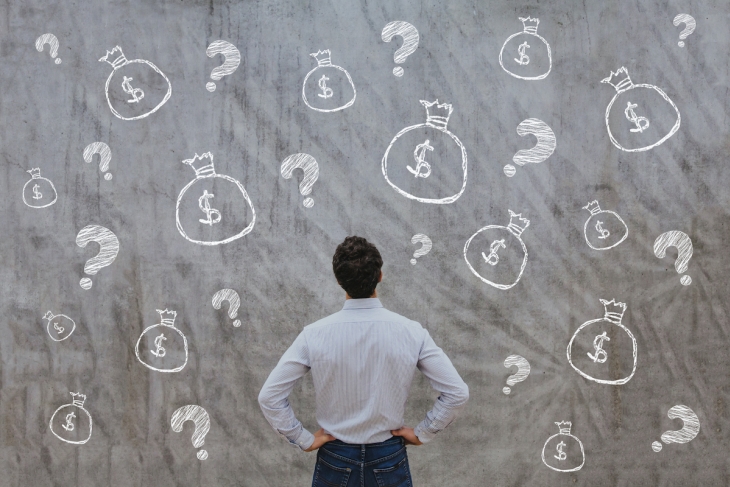 The “Does money matter?” debate has been getting boring. The idea that increasing school spending wouldn’t make the schools work at least a little better probably never made much sense to begin with. But in the past few years, study after study has used new quasi-experimental research methods to examine the question of whether money “matters,” and the results have been highly consistent: It does. Yet just as we arrived to the point of dreading another clever regression discontinuity study that promised to once again prove something that we probably never should have doubted in the first place, a new paper from Northwestern University economist Kirabo Jackson and his graduate student Claire Mackevicius builds on this exhaustive body of evidence to add important new dimensions to the “money matters” question.

Although earlier work from Jackson (2020) already collected the extant research, reviewed it, and put the nail in the coffin of the “Does money matter?” doubts, this new NBER working paper extends this work into fresh territory, making several important contributions.

Even before we get to the findings, the paper makes an important contribution by simply standardizing the results of the previous studies of the effects of school spending on student outcomes. It’s common for researchers to scale the effects in their research based on an arbitrary benchmark, such as one standard deviation, $1,000, or five percentiles, but different studies using varying input and output data makes it excruciating to compare the results for the literature writ large. By standardizing the inputs ($1,000 dollars, based on 2018 prices, for four years of schooling) and outputs (standard deviations of test scores or other education outcomes), the present study shows that seemingly divergent results actually align more closely than we may have thought. For example, they compare the stated effects of Lafortune et al. (2018), which estimated a statistically significant effect of spending on test scores, with those of Clark (2003), which reported “no discernible effect,” but when the inputs and outputs are put on the same scale, the two studies are found have quite similar results.

Regarding the question “Does money matter?,” the study slightly updates the findings of the aforementioned review by Jackson that show that the ratio of positive estimated effects of spending to null or negative effects is so overwhelming that there should be no question that additional funds, on average, enable somewhat better educational outcomes. Based on the recent published studies on the topic, they estimate the odds that there is no relationship between funding and student outcomes at 1 in 4,320,893. In other words, money matters.

A positive relationship alone, however, does not necessarily justify more dollars for schools. If we found that tripling school funding lead to students scoring one point higher on the end-of-year math tests, would we really think that the tens of thousands in added taxpayer dollars per pupil were justified? Policymakers and the public need more specific information. We need to know how much of an effect spending will actually have, whether some places are already spending so much that there are steep diminishing returns to additional outlays, and what types of spending get the most “bang for the buck.”

Indeed, the overall effect of an additional $1,000 of spending per child on test scores, based on 2018 prices and over four years of school, is estimated by Jackson and Mackevicius to be quite small, about 4 percent of a standard deviation. The estimated effects on educational attainment (e.g., preventing dropout or promoting high school graduation or college enrollment), however, were considerably stronger, at a whopping 16 percent of a standard deviation. This translates to a 2 percentage point increase in the high school graduation rate and a 4 percentage point increase in college-going for a $1,000 per pupil increase in school spending.

Fiscal conservatives who support charter schools will be particularly interested in one specific comparison in which the researchers benchmark the effects of increased spending against the effects of attending a high-achieving charter school. An additional $1,000 of spending, while having a statistically significant effect on student outcomes, has just 15 percent of the effect of attending a high-achievement charter school and less than half of the impact on college-going, based on a comparison with Angrist et al.’s (2016) estimates of charter school impacts. Although these policies are by no means mutually exclusive, advocates would need to secure impressive increases in spending to outdo the work that boosting high-quality charters might achieve.

Importantly, the study also focuses on the differences in the effects of spending for students from different backgrounds. As other studies of school finance have suggested, the effects of spending are greatest when it supports the neediest students. The difference for graduation rates is particularly important: a $1,000 increase in funding (for four years) is estimated to boost graduation rates for lower-income students by 1.9 percentage points, but just 0.6 percentage points for higher-income students.

Another important contribution is the analysis of the effects of capital spending on student outcomes. These analyses have always been tricky, since large spending in one year is unlikely to boost student learning very much as construction commences. In fact, they may disrupt learning in the first years of construction, as jackhammers may break everyone’s concentration as much as they break the old concrete foundations. Yet having better facilities may help students to learn more over time. Rather than attributing the spending only to the year in which it occurs, the study uses some accounting techniques to amortize the facilities spending over time, finding that over the longer term, construction spending also has measurable impacts on academic outcomes.

The paper also tries to determine whether spending is still likely to have an impact, even as average per pupil expenditure has risen precipitously in recent decades. At some level of spending, surely the effect of spending more money would diminish or even disappear. Have we already reached that point? The present study finds no evidence that there we are already experiencing those diminishing returns and suggests that rising labor costs in this labor-intensive field may be the reason that we don’t observe the expected diminishing returns.

As I argued in my chapter of the recent volume Getting the Most Bang for the Education Buck, the education policy world does not need another study showing simply that “money matters.” The case on that question has been settled. But by no means does that suggest that the interesting questions in school finance have been settled. The current study may forge new conventional wisdom about effects for student subgroups or for diminishing returns that future studies can test.

Of course, it would seem that the present study also has clear implications for President Biden’s proposals to massively increase federal funding for poor students. Yet previous research has found that such new sources of federal dollars often fail to influence school spending, since state and local sources of funding can dry up in response to new federal flows. No one should deny the importance of equitably funding schools, but the future of “money matters” questions lies in these more context-dependent details.