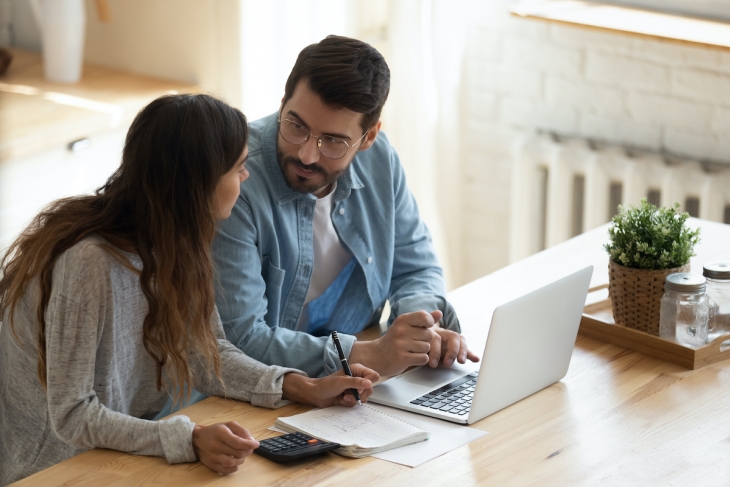 Whether due to the pandemic, political opportunism, popular demand, or a combination, education savings accounts (ESAs) are enjoying much attention and growth in 2021. ESAs are funding mechanisms that allow families to receive a deposit of public funds into a government-authorized savings account from which they can pay for a variety of educational services. A recent working paper examines data from the largest ESA program in the country to describe how families have chosen to spend those funds.

The Gardiner Scholarship (now called The Florida Empowerment Scholarship) started in 2014 to provide support for students who have special needs between the ages of three and twenty-two (or in the twelfth grade, whichever comes first). The nonprofit Step-Up-for-Students administers the scholarship program, which has no income limit for eligible families and an account cap of 90 percent of charter school funding or 100 percent of school district funding, as well as a mandated standardized testing requirement. Students in the program may not attend a public school at the same time as they’re enrolled in the ESA, although they can receive contracted services from a public district or school (more below).

This descriptive study uses student, parent, household, and school level data from 2014–15 through 2018–19 to determine how the funds were spent, whether that changed over time, and whether it varied by certain demographic factors. For context, the program enrolled over 17,500 students in fall 2020 from nearly 1,900 schools and the Florida legislature appropriated nearly $190 million to support it for the 2020–21 school year. Families with children with special needs are not required to spend all of the funds each year; any unused amount may be rolled over and used in future years. Families can spend the funds on twenty-four different types of goods and services, but the study aggregates them into eight larger expenditure categories: private school tuition, instructional materials, curriculum (which are mostly approved online courses), standardized testing fees, tutoring, public services (from districts), higher education (like contributions to a 529 college savings plan), and specialized services (like music and art therapy).

Analysts found that the average award across the time period is $10,097 per year, of which families used an average of $8,373. They used their ESAs to make an average of twenty-one transactions to purchase four different kinds of goods and services. They spent the most (57 percent) on private school tuition—typically at a non-denominational school—followed by instructional materials (21 percent), specialized services (11 percent), and tutoring (5 percent). Families spent no more than 2 percent of their ESA funds, on average, on curriculum, public services, higher education, and testing fees.

In terms of demographics, 54 percent of ESA students are White, 30 percent Hispanic, 9 percent Black. Most Gardiner ESA students—61 percent—are diagnosed with autism, 18 percent with an intellectual disability, and 4–6 percent with multiple or other disabilities. About 85 percent of each cohort in a given year continued the program in the following year. The percentage of ESA funds spent increased each year from 60 percent in 2015 to 73 percent in 2016 to a high of 88 percent in 2019. Over all the study years, 83 percent of funds on average were used. Expenditures on private school tuition increased by 11 percent between 2015 and 2019, but the greatest change was for instructional materials, which saw a four-fold increase over the study period, amounting to $1,375 in additional spending.

Moreover, the longer students were in the program, the less the share of funds devoted to private school tuition, while the amount spent on the other categories (curriculum, instructional materials, tutoring, and specialized services) increased. However, Black and Hispanic families used both a greater percentage of their ESA funds and a greater share on tuition compared to White students (specifically, 7 to 9 percentage points greater). Whether students of color were choosing higher-tuition schools, or whether their higher tuition spending was a result of greater income constraints, or both, are unfortunately not questions the researchers could answer. That said, students with divorced or single parents also used a greater portion of their ESA funds. Finally, families over time increased their number of purchases, purchase types, and number of categories used. For instance, in 2015 they used their accounts an average of nine times, but in 2019 they used their accounts thirty times. The authors suggest that perhaps families are learning how to better maximize and spend the funds.

Eight states now offer ESAs, most of which are limited to special needs students. Arizona’s was the first program to launch in 2011, and West Virginia’s is the latest (to be launched next year). West Virginia also has the largest ESA program in terms of overall statewide eligibility (93 percent of students), while Florida’s special needs version—at least for now—has the largest in terms of participation (13,884 enrollees in fall 2020).

This study’s descriptive data are a good snapshot of what policymakers can expect to happen as new families who have children with special needs take advantage of these funds. Aside from student need, ample political will and parental appetite for options will drive the future of ESAs. Barely a decade old, they are relative newcomers on the educational landscape, so it will be key that we evaluate them in the future on any number of available outcomes.