The Houston Federation of Teachers plays the Trump card 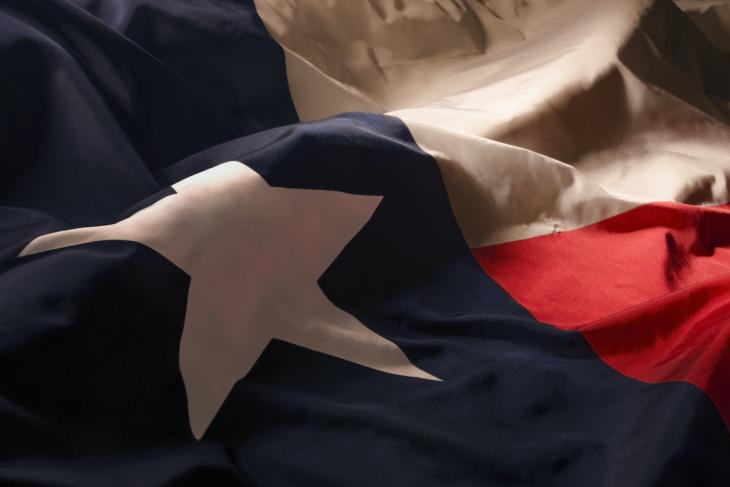 In the latest episode of what promises to be a protracted saga in the Lone Star State, the Houston Federation of Teachers (HFT) recently filed a federal lawsuit to halt the state’s takeover of the Houston school district, one of the largest in the country. Two years in the making, Texas education commissioner Mike Morath’s widely anticipated announcement follows years of malfeasance and dysfunction on the part of district board members. But that daftness and ineptitude hasn’t stopped HFT from coming to their defense with a legal salvo resplendent in creative if not spurious arguments.

The most outlandish among these is that Morath’s decision to strip the elected school board of its powers is an end run around democracy itself. To wit, here’s what HFT’s president had to say on the move:

It’s really important that nobody gets comfortable with waving away democracy, regardless of what level it is. Municipal, state or federal. We have a tried and true system of changing government and changing representation, that’s through an electoral process.

And in the text of the lawsuit, HFT writes:

The right to cast a meaningful vote is the foundation upon which all other rights and freedoms are based. The right to vote for the educational leadership of a [district] is granted by statute, protected by federal and state law, and guaranteed by the U.S. and Texas Constitutions. It is the public interest of this State to protect the right of every person to cast a meaningful vote to elect leaders to public office.

HFT’s conclusion that the state takeover of the district is thus unconstitutional, however, is a bridge too far. In fact, it is as incandescently ridiculous as it is unfounded, and no less mind-boggling than the one being made by President Trump and his supporters that impeachment is an unconstitutional “coup.”

Yes, Americans value democracy (i.e., majority rule) and for good reason. But democracy is not the only value our founders advanced. They didn't want a government run by tyrants, but neither did they want a government run by mobs. So they developed an intricate system of checks and balances, all with the goal of protecting individual liberty and keeping power from coalescing in one place.

Trump and others ignore all of this when they rail against impeachment as a coup or somehow unconstitutional. It’s in the Constitution! Moreover, the dictionary definition of “coup” is the violent or sudden overthrow of a government. How a constitutionally prescribed procedure would qualify remains a mystery. As political pundit Jonah Goldberg has wryly observed: “If this ‘coup’ were successful, the president of the United States would be…Mike Pence. What kind of coup leaves the regime and the second-in-command in place?”

Likewise, our educational governance system has checks and balances. There’s no question that Houston’s school board was duly elected. But so were Texas’s governor, and its legislature. And there is a strong case to be made that the Houston school board is hurting the cause of liberty—Houston’s kids’ rights to “the pursuit of happiness”—via its mismanagement and dysfunction. In addition, Texas has policies on the books—policies enacted democratically—that provide for state takeovers in dire circumstances such as this.

Not unlike Trump’s coup assertion, HFT’s claim that a state takeover would disenfranchise voters is an embarrassing one. Yet there’s a genius stroke behind both of their positions, which is that neither Trump nor the HFT ever intended to offer serious arguments or rebuttals. Rather, the goal here is to create a scene. In the impeachment inquiry, the GOP surely realizes that the proceedings will fail in the Senate, so their hope is to make enough noise in service of their political aims. With HFT’s lawsuit, the union is betting that public outrage can be stoked by appealing to broader sensibilities against social injustice. That’s the underlying strategy of calling the state takeover “undemocratic.”

And who knows? It might work. State takeovers are fiendishly difficult, and the dynamics in Houston have already taken on political and racial overtones. Trump has been shameless in saying whatever he believes will benefit him—to inexplicable and disquieting success—while remaining largely immune to any consequences. One can only imagine that the HFT would like to realize a similar result in their attempt to fend off the state’s all-too-justifiable intervention.