The messy reality of school turnaround

Ten years ago, then U.S. Secretary of Education Arne Duncan issued a clarion call to turn around 5,000 of the nation’s most distressed schools, serving nearly three million students. It was an audacious goal set by an audacious leader—the likes of which are in terribly short supply these days. Agree or disagree, one of the things I’ve always admired about Duncan was his unapologetic response to the criticism that he tried to do too much, too quickly. Duncan’s response being that he didn’t go fast enough.

Ten years later, states have fallen far short of his challenge, but the sticky problem of failing schools refuses to go away. Look around the country, and there’s no shortage of schools in troubling situations that require attention. The calamity in Providence has been uncomfortably brought to light, as has the ongoing debacle in New York City. Moving west, Tennessee is planning big changes in response to flagging outcomes, while Houston appears to be on the brink. Here in Colorado, the first state-ordered outside interventions are being challenged in court. And the list goes on.

The research on school turnaround is, in a word, complicated. R Street Institute’s Andy Smarick has written extensively on the issue, and makes a compelling argument that the entire endeavor is a fool’s errand. Instead, Smarick believes states should follow a four-step alternative: “Close failing schools, open new schools, replicate great schools, repeat.” Few actions are as politically unpalatable as shuttering a school, but the evidence suggests that chronically bad ones are impervious to improvement. And this doesn’t get into the exorbitant costs involved. For example, at one point Colorado was spending an astonishing $132,800 for each student moved into proficiency. Suffice it to say, scalable solutions remain elusive.

It’s not for lack of trying. In 2011, I helped to orchestrate Indiana’s first takeover of low-performing schools. It was a decision that we did not make lightly, and one that we undertook with eyes wide open regarding the fiendish level of difficulty. One of the most challenging aspects of the takeover may have been the complex racial dynamics involved. Author Eve L. Ewing recently wrote a book that explores these issues in the context of the 2013 school closings in Chicago. When the schools identified for intervention primarily serve students of color and the decision-makers involved are mostly white, the racial politics are invariably brutal.

One of the schools we identified for takeover that year was located less than thirty miles southeast of Chicago, in the city of Gary. On the school’s opening day under state authority, Gary’s Democratic state senator stood shoulder to shoulder with then Indiana State Superintendent of Public Instruction Tony Bennett in addressing the community and calling for collective action. It was a remarkable image for both the media and city residents—one that hadn’t been previously rehearsed. Their unified front underscored the importance of working collaboratively with affected communities throughout the process.

Nevertheless, the results from those efforts have thus far been mixed. But when recently asked whether he would do it again, Bennett said,

I would absolutely. We would make the same decision to intervene. Would we take different strategic and tactical steps? Yeah, there's no question. Looking back, I still believe that we have an obligation to children and communities to intervene and improve schools. I think that's a moral and legal obligation the state has. Has anyone gotten the process perfect across the country? No. And we have to learn from each other. We have to talk.

Politics played an unfortunate role in how our efforts shook out. Since that time, Indiana’s appetite for aggressive school intervention has precipitously declined. It’s an understandable if not disquieting sentiment, and one that is shared by many who are currently engaged in this work. Taken in total, I recognize the low probability of success, but I remain a staunch supporter of states’ efforts to lift up their cellar dwellers.

How do I square this circle? Am I refusing to allow the unembellished facts on what works (very little) get in the way of my opinion on the need for muscular—and potentially community disrupting—improvement measures?

Consider that asking “What works?” when it comes to school turnaround is probably the wrong question because, as Dylan Wiliam is wont to say, “Everything works somewhere; nothing works everywhere.” To wit, there’s a dizzying constellation of school improvement strategies out there. From teacher coaches and turnaround specialists to alternative governance models and student tutoring, everything under the sun has been tried at least once. A better question would be, “Under what conditions does school turnaround work?” Reflecting on my time in Indiana, I can think of at least three.

First, leadership at all levels—federal, state, and local—is essential, but it’s a must from state officials. Former Indiana Governor Mitch Daniels once said that anyone in an elected position, or aspiring to be in one, should be able to name one cause he or she would be willing to lose an election over. For Bennett, the issue was Indiana’s students. One would be hard pressed to find his variety of gutsiness and tenacity among the current occupants of governors’ mansions and leaders of state departments of education.

Second, because there’s no clear evidence on a single strategy that works, school turnaround must be viewed as one piece of a comprehensive policy agenda. There is no single, 100 percent solution to the problems facing failing schools, but rather a hundred individual 1 percent solutions. Among these are boosting the supply of excellent schools via a pluralistic education sector, installing a clear and transparent A–F accountability system, and expanding access to rigorous and engaging coursework. The key is to provide parents and families greater agency, and the means with which they can opt out of circumstances that are detrimental to their children’s well being.

Finally, leaders must be willing to seize upon windows of opportunity when they present themselves. Indeed, there was an alignment of the stars in advance of our decision to enforce Indiana’s school takeover statute. Heading into his reelection campaign in 2008, Daniels had become impatient with the incremental approach of Bennett’s predecessor. In Bennett, Daniels found a likeminded ally who was interested in pushing for big changes. Nationally, the same election marked the first time in forty-four years that a Democrat had carried Indiana in a presidential contest. The rare bipartisan alignment on school turnaround and education reform supplied additional wind at our backs.

Despite today’s remarkably different landscape, states would do well to consider these three conditions alongside whichever strategies they elect to pursue. The urgency of improving our nation’s lowest-performing schools is no less pressing today than it was then. But it’s only when courageous leaders exert their influence and risk their political capital that the herculean task of school turnaround stands a snowball’s chance of succeeding. 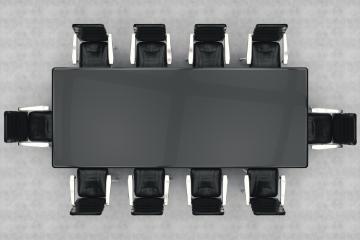 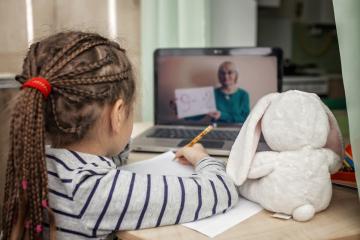