The high school testing recession that may be reducing academic rigor 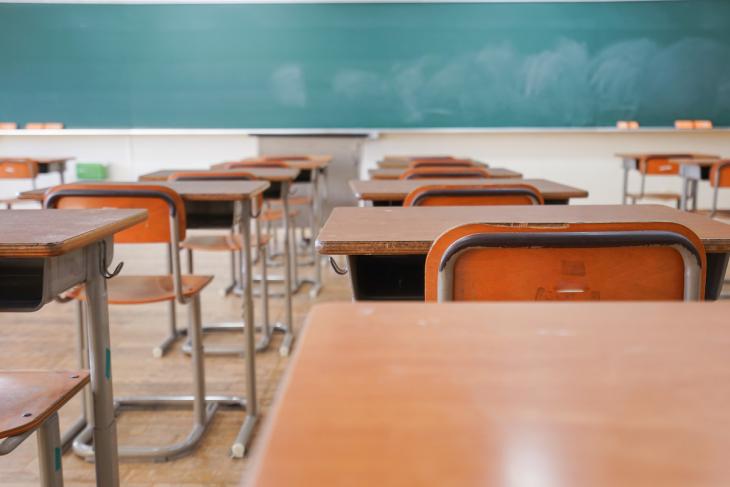 Last month, the Mississippi State Board of Education began a public comment period on a new proposal to eliminate the state requirement that students pass a U.S. History end-of-course exam before receiving a high school diploma. This is just the most recent development in a years-long trend that has seen a number of states already eliminate such tests in various subjects, and others consider doing the same. Even New York, where the high school Regents Exams have been central to raising high school standards, is debating whether to keep them.

Promoters of these course-based exams say that they help keep classrooms on task, provide the public with a uniform quality check on school performance, and give students a reason to study hard instead of “grade grubbing.” On the other hand, critics offer the broad complaint that there is simply too much standardized testing in schools and specific concerns that assessments may be low-quality and may not cover the knowledge and skills students need. And when states have required students to pass exams in order to graduate, researchers have found evidence that the difficulty of the tests discourages some students from persisting and graduating.

It’s still not clear whether the movement to eliminate these exams will accelerate, level off, or reverse, but what happens could make a big difference to both school accountability systems and how American students engage their coursework.

A recent report I co-authored for the Thomas B. Fordham Institute analyzed how these end-of-course assessments (often called “EOCs”) are have been used by states in recent years. We found that the states that are now turning away from these exams are bucking a longer trend in the U.S. towards higher high school standards and the adoption of course-specific tests.

Traditionally, it has been common for high schools to set a very low bar for graduation, with many states having only “seat-time” requirements and the ones that required students to pass an “exit exam” assessing nothing more than 8thgrade material. After the publication of A Nation at Risk in 1983 alarmed Americans about the quality of their schools, many states upgraded their graduation tests to cover high school-level content. More recently states have increasingly linked testing to what students were studying in specific courses, using EOCs. While in the 1990s, just two—New York and North Carolina—used state-mandated end-of-course exams, a majority have used at least one of these tests in the years since. Although a few states have dropped the exams recently, the tests are still a major part of many high schools: Students in twenty-six states from the class of 2020 will have taken at least one EOC.

Still, although few states have dropped their EOCs entirely, many states are changing how they use them or are reducing their number. For example, Tennessee and Washington have recently reduced the number of EOCs, and although Ohio and Pennsylvania both added new exams in recent years, those two states have watered down their significance. Utah and Texas have gone so far as to forbid school districts from holding students accountable for their performance on the tests by factoring the scores into course grades, while administrators and teachers may still be held accountable.

Figure 1: The use of EOCs has risen dramatically since the turn of the century, but has been falling more recently

What is behind these recent changes? After a decade and a half since the No Child Left Behind Act (NCLB) of 2001 ushered in a new era of test-based accountability, pressure to reduce testing has grown in many states. This new anti-assessment mood has often steered arguments away from the nuances of types or specific uses of tests. Instead, many activists and politicians have argued simply to eliminate tests.

Mississippi is a good example. In that state, despite the state requiring just three state tests of high schoolers (plus the ACT), the U.S. History EOC is the only state test that can be eliminated while keeping in compliance with federal law, so anti-testers have targeted it all the same. Few states require students to take more than a handful of tests during the entire four years of high school.

Although in the U.S. there is some debate about whether exams such as EOCs and general high school exit exams are beneficial to students, numerous international studies have found that countries with objective external assessments academically outperform countries without them. A recent review of these studies by economist Ludger Woessmann says that, internationally, “central exams are related to better student achievement, favorable labor market outcomes, and higher economic growth.” Although some American studies have shown evidence that high school exams increase the dropout rate, in our study of EOCs, we found no such negative effect and even found some positive effects: States using the most EOCs have higher graduation rates and perhaps even slightly higher SAT or ACT scores.

As high school graduation rates continue to climb and states increasingly implement “credit recovery” and other programs to pass more students along, it’s still not clear whether the drop in states using EOCs is a blip or the beginning of a longer trend. As long as anti-testing sentiment is strong, those concerned about academic rigor in high schools will need to work to preserve these tests, improve them, or replace them with something equally external, objective, and rigorous.