Give a universal curriculum a chance: The NYC initiative holds promise 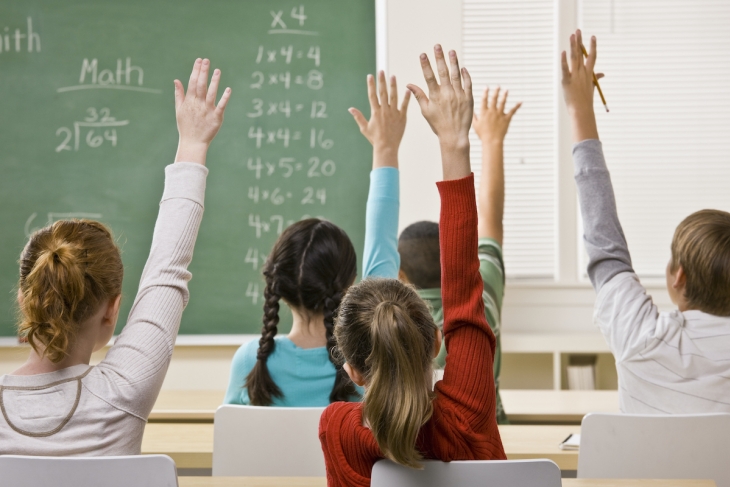 When Mayor de Blasio and Schools Chancellor Meisha Porter recently announced the city would spend more than $200 million dollars to develop a citywide reading and math curriculum, the smart and obvious take was the one suggested by the Daily News Editorial Board, which criticized the “fundamental mismatch of a square-peg single curriculum with a round-hole city” with diverse students with different talents and needs.

De Blasio’s track record, particularly the far greater sum of money wasted on his failed “Renewal” community schools initiative, doesn’t inspire confidence that he can be trusted to know what works in education. And the teachers union, which supports the universal “Mosaic Curriculum” effort, has long been viewed as a drag on progress. At a time when we’re arguing about whether and how to expose children to concepts like critical race theory and white privilege, it’s also fair to worry about whether this new curriculum will spread some very bad ideas far and wide.

But counterintuitively, there’s room for some cautious optimism here. It has less to do with the content of the still-unwritten curriculum than the effect of a common curriculum on how teachers spend their time.

Here’s a dirty little secret about teaching: Nearly every teacher in America—99 percent of elementary teachers, 96 percent of secondary school teachers according to a RAND study—draws upon “materials I developed and/or selected myself” in teaching English language arts (the numbers are similar for math). In theory, a child’s teacher is supposed to be an expert at “differentiating” instruction for every student in the room. In reality, it mostly sends them to Google, Pinterest, and the lesson sharing website Teachers Pay Teachers scrambling for materials of unproven quality.

A few years ago, I spent a year observing at a Success Academy school in the South Bronx, in the same neighborhood where I’d been a fifth-grade teacher in a low-performing Department of Education school. I hoped to identify practices that could be directly lifted from Eva Moskowitz’s model and applied to every public school in the nation.

The most significant one was the curriculum. Success Academy had a single curriculum across its entire network; DOE schools did not. The difference had less to do with the curriculum itself than its effect on how teachers spent their time. Hours not spent scouring the internet for lesson plans or creating them from scratch were spent by Success Academy teachers studying student work, anticipating misconceptions and practicing lesson delivery.

You can give teachers more resources and higher pay, but you can’t increase the number of hours in a day. There are certain things only a classroom teacher can do: assess and diagnose individual student strengths and weaknesses, offer feedback, build relationships with kids and parents, and deepen their own understanding of their subject matter. If a high-quality common curriculum enables teachers to spend more time on those tasks, and less time with an empty plan book at their elbow, wondering, “What I should teach?” it’s a win for kids and a more satisfying and effective use of a teachers’ time.

Nor does a common curriculum diminish a teacher’s professionalism or ability to put their own stamp on instruction. No one expects orchestra conductors to write their own symphonies. We don’t think less of a gifted actor for merely reciting Shakespeare’s lines. But we expect teachers to be experts at both lesson creation and delivery. It’s one of the ways in which we make teaching too hard for mere mortals. At Success Academy, lesson planning was “intellectual preparation” to deliver rigorous instruction, focused on student learning. The work is still hard, but the shift in focus appears to pay big dividends.

There’s still plenty of reason for pessimism. When politicians and special interest groups start mucking around in curriculum, they are more likely to focus on issues of identity and inclusivity rather than the harder and more important work of making sure children are taught using scientifically sound practices. Effective curriculum is the starting line, not the finish line: Rigorous and ongoing training also matters. New York could also reach out to the colleges of education across the state who produce most of the teachers who fill its classrooms and make it clear their graduates will have a leg up come hiring time if they’re trained as undergraduates to teach NYC’s reading and math curriculum.

Some curriculum is better than others, so we should reserve judgement until we know what materials will be placed in front of 1.1 million New York students. Creating curriculum that is rich, rigorous, and reflects high standards is no mean feat. But the impulse to have a default curriculum is not a bad one. It could be a significant improvement and a benefit for teachers and students alike.

Editor’s note: This was first published by the New York Daily News.