Four VP long shots and their views on ed reform 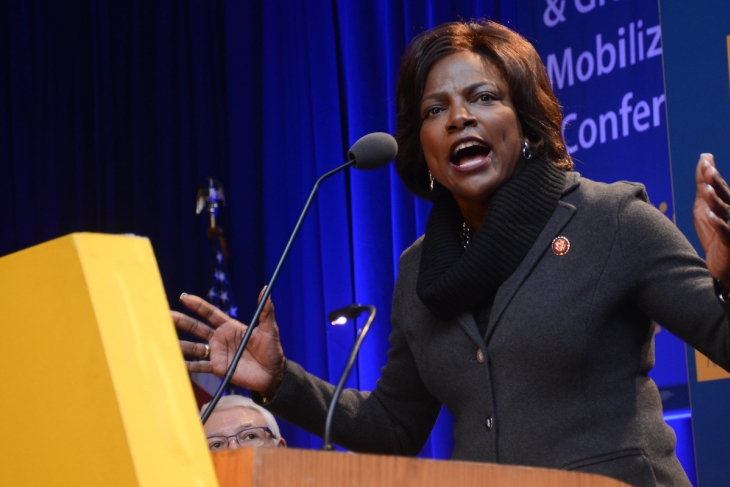 Last month, I examined nine of the top candidates for Democratic VP nominee and their views on education. The upshot was that there wasn’t much to get enthused about. Most of the candidates’ on-the-record comments on education hewed closely to the teachers union talking points in calling for more spending and less accountability. The best thing that could be said was that some of them hadn’t said much at all on the issue.

However, in the weeks that followed, the wave of mass demonstrations touched off by the heinous killing of George Floyd in Minneapolis has elevated the prospects of several candidates once seen as long shots. Four women in particular—Keisha Lance Bottoms, Val Demings, Gina Raimondo, and Susan Rice—were not on the radar of the Washington Post analysis I used for my initial write up, but have since gained ground in the packed field according to both the New York Times and Politico.

The search is still somewhat fluid, but the vetting is well underway, and those close to the process confirm that the dynamics continue to change quickly. Jennifer Palmieri, who advised Hillary Clinton during her 2016 hunt for a running mate, said, “Somebody who does not make a lot of sense in June can make a great pick on August 1.” With her words in mind, let’s take a look at these four rising stars and their positions on education:

1. Keisha Lance Bottoms (GA): The mayor of Atlanta hit all the right notes in a widely lauded, unscripted speech she delivered in the wake of rioting and looting in her city. Simultaneously projecting strength, vulnerability, passion, and reason, Bottoms rose to the moment in a manner few leaders have. On education, however, her most consequential action in the public’s eye—fulfilling a campaign promise to hire a chief education officer—landed with an embarrassing thud.

About two years ago, Bottoms publicly announced the appointment of a thirty-year-old Teach For America and Boston Consulting Group alum to the newly created cabinet level post. Days later, the mayor inexplicably rescinded the offer, even though the new hire had reportedly moved back to Metro Atlanta to begin working for the city.

Although Bottoms offered no explanation for the sudden change of heart, conventional wisdom suggests the failure to launch was linked to fears from Atlanta Public Schools that the new role was a nose under the tent of eventual mayoral control. Bottoms vehemently denied the notion, saying, “I think that any elected official will tell you that school takeover is considered political suicide, so I can tell you now that I’m not interested in jumping off a bridge.” Since then, it appears the mayor has abandoned the effort, illustrating the primacy of politics over her convictions, at least when it comes to education reform.

2. Rep. Val Demings (FL): The recent unrest and focus on police misconduct has raised the profile of the black congresswoman and former police chief. While Demings’s law enforcement bona fides could prove problematic on the campaign trail, her ability to speak commandingly on the subject could also be a significant asset at a time when school districts across the country have started cutting ties with police departments.

Demings’s record on education is informed in part by her experience leading the Orlando Police Department, where she assigned officers to fixing playgrounds and helping residents earn their high school equivalency degrees. She is against arming teachers—calling the idea “preposterous”—and believes that doing so in fact complicates law enforcement’s ability to respond to active shooters on campus. On policy, Demings is a proponent of universal pre-K and supported the teacher strikes for higher pay and more school funding.

3. Gov. Gina Raimondo (RI): A leader of the Democratic party’s centrist wing, the governor of the smallest state in the union recently earned the praise of conservative columnist George Will, who wrote that a Biden-Raimondo ticket would “restore adult supervision” in Washington. My colleague Erika Sanzi has written extensively about her home state’s chief executive (both the good and the not so good), most recently with regard to Raimondo’s leadership in response to the pandemic and making the best of on-the-fly distance learning in the Ocean State.

Now in her second term, Raimondo has stated that education is her “number one priority.” Although her push on early childhood and affordable higher education will be worth watching, it’s the state takeover of Providence’s public schools that will garner ongoing scrutiny. To her credit, Raimondo recently announced that students in Rhode Island will return to in-person schooling on August 31. Her admirably sensible and even-keeled approach is a marked contrast from the prevailing circumspection about school reopening this fall.

4. Susan Rice (DC): President Obama’s former national security adviser and the first black woman to serve as ambassador to the United Nations, Rice’s bid may be the longest of the bunch given her remarks on the Benghazi attack, which Republicans would assuredly attempt to use as a giant distraction should she be tapped. Moreover, she has never held elected office, though her extensive foreign policy experience is par excellence. Rice has been an outspoken critic of the current administration, and once flirted with moving to Maine to challenge Susan Collins for her U.S. Senate seat.

Equipped with a gold standard Washington resume, Rice’s credentials on education and domestic affairs are relatively thin. Rice’s late mother, however, was a vice president at the College Board and considered an education policy expert. Indeed, Lois Dickson Rice was known as the “mother of the Pell Grant” because of her work lobbying for its creation. She was also a guest scholar at the Brookings Institution, researching higher education policy. For her part, one could surmise from Rice’s elite education that some of her mother’s influence likely rubbed off.

Compared to the first nine candidates I reviewed, there’s more to get excited about with these four in the veepstakes. Yes, Bottoms doesn’t seem to be strong on education, but there’s reason to be bullish (or at least not bearish) on the other three. Demings is right that arming teachers is a red herring in the heated school safety debate. Raimondo brings a ton of heft and credibility, especially in light of her willingness to take on the messiness of school turnaround. And although Rice doesn’t have much of an education record to speak of, her personal experience being raised by an accomplished education policy wonk is more than can be said about others jockeying for the nod. To be sure, I remain highly skeptical about the education views of the VP field, but there’s still enough time between now and August to become guardedly optimistic.