If a spike in Covid-19 cases does not follow the mass demonstrations, it should change the calculus for reopening schools 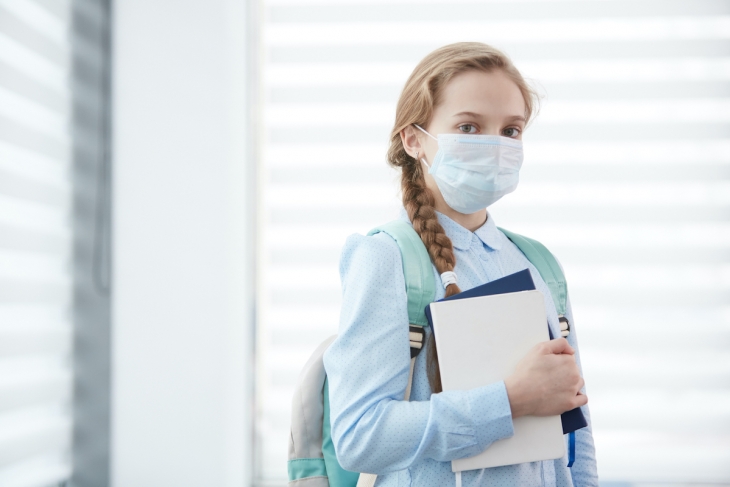 In a few weeks, the planning underway for the start of the coming school year could take an interesting and unexpected turn. Up to this point, with nary a vaccine in sight, states and districts have been circumspect about the prospects of students returning to school, erring on the side of caution, with many signaling the need to continue virtual classes in the face of anticipated financial hardships and ongoing health concerns.

Indeed, less than two weeks before the nationwide demonstrations began, a Metro Denver school district released a draft plan with the goal of having students in classrooms just once a week. The district’s superintendent said it would fall upon society to adapt: “All of these restrictions are likely to be with us until we have some resolution to this virus. People and businesses are going to have to think about how they adjust work schedules, how we can have one parent at home.”

If we don’t see a huge spike in Covid-19 cases after the mass protests around the country, however, the pervasive fear of an in-person return to school might be tempered (e.g., according to a recent survey, a third of Michigan teachers may leave their jobs due to coronavirus related concerns). At which point, weather permitting, school leaders will have another tool at their disposal—holding more classes outdoors—to facilitate a safe return to full-time schooling this fall.

Although many organizations support outdoor learning in schools, it’s often been in the context of “green” efforts and helping the environment. Out of necessity, districts should tap these resources to broaden the scope. More than a third of states, specifically those in the West, Southwest, South, and Southeast, could reasonably take advantage of the outdoors year-round. Others might get face-to-face instruction for a couple of months before Thanksgiving, which would still be a plus. Sports, which play a fundamental role in the lives of millions of students, should also be back on the table, especially outdoor pastimes like football, baseball, and track. In which case, schools may want to follow the lead of higher education in limiting the number of fans in the stands.

Before the protests, it was all too easy for school reopening plans to “prioritize the science” at the expense of students’ academic and social well-being, to say nothing of the economic imperative of allowing parents to go back to work. As illustrated by the superintendent’s quote, there has been a largely unspoken and unshakable belief that businesses, families, and communities must bend their needs to fit the designs of school districts. However, as reasonable as it may sound in theory, one to two days of in-person learning per week is wildly unrealistic for working-class families, less than 10 percent of whom can work from home. Add in the draconian prescriptions being floated limiting the interactions kids can have with one another when they are allowed to return, and many parents might decide not to send their children back at all, fueling an enrollment crisis that could further decimate school budgets.

So far, we’ve been acting under the purported impossibility of normalcy absent a vaccine, which elides the very real possibility—one taken seriously by many experts—that we may never get one. What’s more, Covid-19 may not be the last of our pandemics. New diseases emerge across the world every year. Are schools to be effectively frozen every time one rears its ugly head? While virtual learning holds great potential, this spring’s involuntary effort was a dismal substitute for real classrooms. Regardless of how much training and additional devices are purchased this summer, that will remain true this fall and for the foreseeable future. Knowing this, is limiting the number of students in school and staggering their schedules the best response our education system has to offer?

No, if these preliminary reopening plans have taught us anything, it’s that schools are being organized around public-health imperatives, not pedagogical ones. The tepid tack of limiting the school calendar to a day or two a week on campus fails to recognize that closing schools was a stopgap, not a strategy. For most students, there’s no replacement for learning in a school setting. The sooner we stop telling ourselves otherwise, the sooner we’ll have serious plans for the fall.

We’ve spent the last few months being hectored by public health and elected officials that easing lockdown policies was immoral and that refusing to social distance or wear masks was reprehensible, even profane. Teachers unions have been ginned up to “scream bloody murder” if schools try to hold classes without more money. Here in Colorado, the same Metro Denver school district released a parent survey ostensibly designed to manufacture a consensus against restarting in-person schooling. Then came the protests and marches, and we learned instead that the health advice wasn’t as absolute as originally believed. Let’s hope there’s a similar realization that a safe and sensible return to school is the only option worth considering.