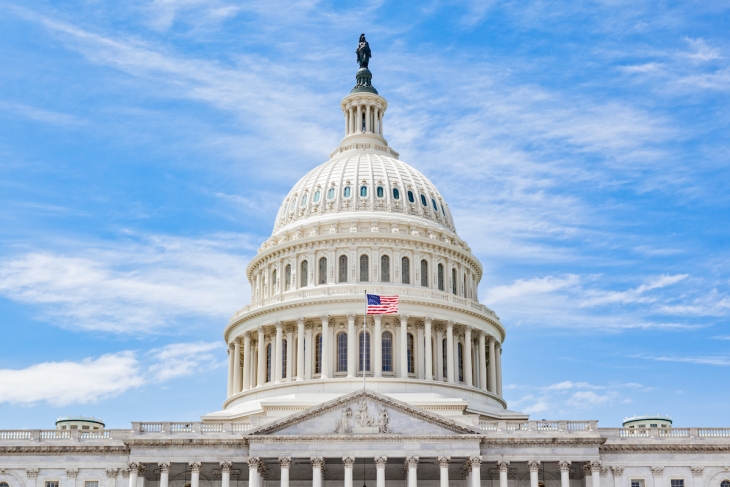 Back in March, the coronavirus pandemic led to a rare outbreak of a different sort, as bipartisanship returned to Capitol Hill. Unfortunately, unlike COVID-19, that phenomenon has proved fleeting, as Democrats and Republicans are back to bickering again as they debate the next phase of the federal response.

Earlier this month, House Democrats put their chips on the table with a $3 trillion stimulus proposal, dubbed the HEROES Act. The bill passed on May 15, despite Senate Republicans saying that another round of help is premature. The need to provide liability protection for businesses that bring staff back to work prevailed over partisan politics. For his part, Fed chairman Powell is uncharacteristically warning that, without massive federal aid and investment, the present recession will turn into something long-lasting and much worse.

This won’t be the last fight over federal aid and posturing has become par for the course in Washington in recent years. Sometimes it’s the prelude to negotiation, sometimes to stalemate. But we would be remiss not to plead with our fellow conservatives: don’t shoot yourselves—and your constituents—in the foot by refusing to assist state and local governments.

Sadly, GOP opposition to “fiscal stabilization” seems to be hardening. Even Senator Lamar Alexander, a former governor himself and one of the smartest and steadiest Republicans in Congress, has indicated that states might be on their own. “The country certainly can’t afford for Washington to keep passing trillion-dollar spending bills,” he recently told AEI’s Frederick M. Hess. “We are all going to have to make tough decisions.”

Yes, conservatives are right to be leery of bailing out profligate state and local governments, especially for needs that bear little relationship to—and pre-date—the virus crisis and its economic consequences. It didn’t help when Illinois Democrats pleaded for a rescue package for the state’s miserably mismanaged pension system. It’s simply unfair to ask taxpayers in red states to pay the bill for expensive government services in blue ones. If progressives could count on the federal government to come to the rescue during every recession, it would create a moral hazard, giving them even more reason to create expensive programs that their own taxpayers can’t afford.

So the details matter greatly when deciding how federal aid is allocated. Proposals are floating around Washington that address the concerns of Republicans and their constituents, while keeping the focus squarely on the matter at hand: backstopping the sizable COVID-related expenditures of hard-hit state and local governments, and replacing the billions of dollars of revenue lost when the economy shut down. In other words, a well-crafted bill would base the amount of funding for state and local governments upon an estimate of the actual costs and losses incurred as result of the pandemic. It cannot be a blank check to fund every item on a state’s wish list.

But telling states to “make hard decisions” is not going to cut it, for four reasons.

First, this is not a typical crisis for which state and local governments could prepare. The economic shock is orders of magnitude greater than during a typical, cyclical downturn; no public official—not even in solidly red states like Ohio—could have set aside nearly enough “rainy day funds” to weather this storm. The federal government has the ability to borrow the money to deal with a calamity of this size; state and local governments don’t. And, unlike Congress, they must balance their budgets.

Second, without federal aid, states and localities will be forced to make enormous cuts to staff—and that will in turn slow down the economic recovery. To get business moving again, once it’s safe to resume activity, we’ll need more consumers with money in their pockets and the confidence to spend it. Laying off hundreds of thousands of state and local workers—including front-line teachers, police, nurses, and firefighters—won’t help.

Third, cuts in staff means a cut in services and the burden of those cuts will fall hardest on our communities and families most in need. Crime-ridden streets will be less safe, fragile families will be more stressed, and low-income students will lose ground academically—a double whammy considering the time they’ve already lost to school closures. It will also make it harder to reopen the economy if basic services like building and health inspectors are in short supply.

Finally, Republicans could pay a big price in November if they block such help, given its wide public support. Are they really willing to gamble away important swing states like Michigan or Senate seats like Arizona’s when the headwinds are already so fierce?

By all means, GOP leaders should push back against the parts of stimulus packages they find objectionable, and make sure that any state or local aid doesn’t go to bail out pensions or keep afloat other long-insolvent big-government programs. But as defenders of our federalist system and of local control, it makes no sense to allow our state and local institutions to crumble. Federal aid should always be a measure of last resort, reserved for times of true national crisis. Alas, fellow conservatives, that time is now.

Editor’s note: This post was first published by The Bulwark.