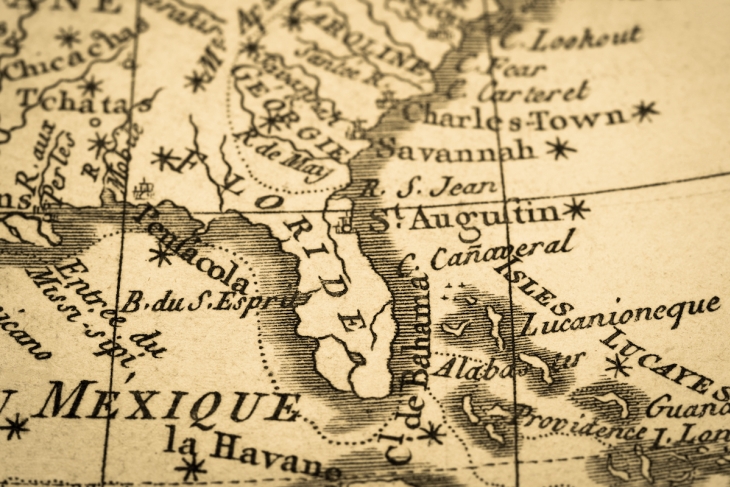 It’s no secret that the Common Core State Standards ushered in much higher-quality academic expectations for K–12 students across the nation. It’s also no secret that their arrival in 2010 unleashed a national melee that a decade later is still playing out in political theatre at state and local levels. Arguably, nowhere is that drama more visible right now than in Florida, where Governor Ron DeSantis, who had campaigned on eradicating the standards, issued an executive order upon taking office to “eliminate the Common Core from Florida schools.”

Following this announcement, the Florida Department of Education pressed the pedal to the metal. Within one year, new standards were to be drafted, shared with stakeholders, presented at public hearings, revised several times, and presented to the State Board of Education for approval. It was a tall order on an accelerated timeline, but the stakes were high: Florida has long been viewed as a pioneering education-reform state that had produced historically high growth for Hispanic students and (more recently) outsize gains for fourth graders, who outperformed the national average in reading and math.

By all accounts, the state education department approached the standards revision process with the seriousness and sweat equity that such a challenge demanded.

In mid-February, almost on schedule, the state unveiled their English language arts (ELA) and mathematics standards. Dubbed Florida’s B.E.S.T., which stands for Benchmarks for Excellent Student Thinking, Governor DeSantis boasted at the time that “Florida has officially eliminated Common Core. I truly think this is a great next step for students, teachers, and parents… Florida’s B.E.S.T. Standards were made by Florida teachers for Florida students, and I know they will be a model for the rest of the nation.”

That last part got our attention. We at Fordham have long supported model standards that could be emulated and adopted by states nationwide. That’s why we were such big supporters of Common Core in the first place—once we reviewed it and found the standards worthy of emulation and adoption. When policymakers contend that their standards deserve to be replicated, especially when those policymakers lead big, highly regarded states like Florida, we think their claims merit a closer look.

Hence our new report, The State of the Sunshine State's Standards: The Florida B.E.S.T. Edition—the latest in a long line of evaluations of state academic standards that we’ve been conducting since the late 1990s.

Once the Florida’s standards were released, we asked expert reviewers to evaluate them. The mathematics team was led by Solomon Friedberg of Boston College, and the ELA team was led by Tim Shanahan of the University of Illinois at Chicago. They were ably assisted by several other reviewers, including Francis (Skip) Fennell of McDaniel College and Roger Howe of Yale and Texas A&M for mathematics, and Douglas Fisher of San Diego State University for ELA.

Using the same criteria, scoring system, and format that we used in our 2018 report The State of State Standards Post-Common Core, each team, working independently, awarded the B.E.S.T. Standards for ELA and math a score of six out of ten, which equates to “weak” on our scoring rubric. That means reviewers recommend “significant and immediate revisions” and that the Florida’s “standards are not suitable until and unless these revisions occur.”

Florida’s total scores of six in each of the two subjects we evaluated means they’re worse than the standards of several states that we reviewed in 2018. In ELA, Florida’s standards are on par with those in Arizona, South Carolina, and Texas, but worse than seven of the fourteen states we reviewed then. And yes, the original Common Core standards fared better, too. For math, Florida’s standards are on par with those in Minnesota and North Carolina, but worse than those in four states—and the Common Core.

Our reviewers find several key strengths in Florida’s B.E.ST. Standards, but also many weaknesses. On ELA, major strengths include reasonably clear learning progressions for several components of the subject that put the focus on college and career readiness; effective development of the ability to read and interpret literary and informational texts in grades K–12; and clear definitions and expectations relating to the reading and understanding of complex texts, including useful examples of what constitutes appropriate texts and lots of well-chosen sample texts for possible use in teaching particular reading standards.

In several other respects, however, Florida’s new ELA standards either fail to address important aspects of the subject or do so in such general and repetitive ways as to be of little value. For instance, the B.E.S.T. Standards ignore disciplinary literacy (the specialized ability to read history, science, or technical materials in appropriate and sophisticated ways). And although they require that students learn to make formal oral presentations and use technological or multimedia supports in doing so, the development of both the ability to listen and participate in discussions is absent altogether, as are any standards for the interpretation of multimedia information. During Florida’s rushed schedule for standards development, is it possible that the writers simply ran out of time?

With respect to math, our reviewers praise the detailed, topic-by-topic treatment of the subject. In the standards for both the elementary and middle grades, they judged the amount of time devoted to major content strands generally appropriate. Florida’s standards rightly emphasize numbers and operations in the early grades; ratio, proportion, and linearity in the middle grades; and algebra and geometry in high school. Data and probability are also appropriately developed.

We’re in no way dismissing the necessity of procedural fluency. Many of the pre-2010 state standards in mathematics were weak on that front, with some going so far as to allow students to use calculators in the early grades. So we applaud Florida’s clear expectation that students will use basic arithmetic facts and algorithms with “automaticity.” Yet there’s such a thing as going too far and thereby downplaying conceptual understanding to the extent that students will lack the capacity to transfer what they are able to do into other contexts.

Developing standards is extremely difficult, not to mention exhausting—especially under the gun of an expedited timeline so that a new governor can make good on a campaign promise. We empathize, then, with what the standards writers had to do. But we won’t empathize with policymakers who decline to make needed improvements to the standards on the grounds that they’re now “finished.” If our ELA review is any indication, that’s not the right word to describe them. And if our math review is any indication, there are loads of fixes that ought to be made.

As for other states, they should indeed look for model standards, but they won’t find them in Florida. Common Core opponents might look instead to Indiana for ELA or Texas for math. Others should review the smart improvements that Massachusetts and California made several years ago to the Common Core.

At Fordham, we’ll likely wait a few years to review state ELA and math standards again, but Floridians shouldn’t wait that long to improve what they’ve recently been given.