Explicit teaching vs. constructivism: The misadventures of Bean Dad 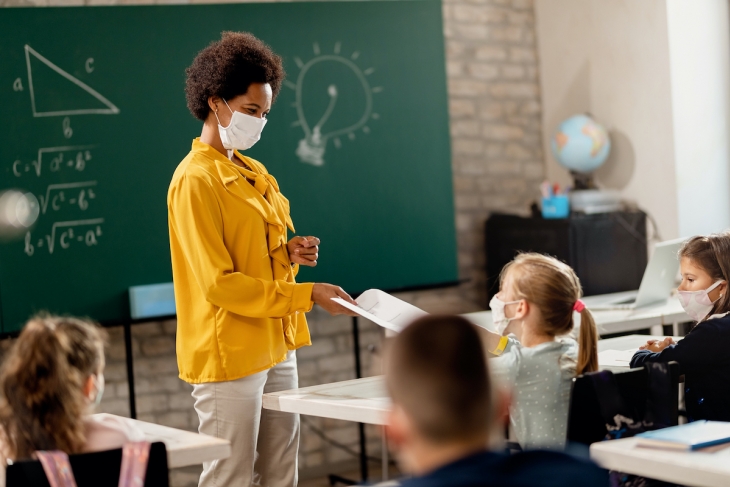 Nearly every day, social media plucks some poor, anonymous face in the crowd from obscurity and makes him famous. If you’re making New Year’s Resolutions this year, one should be never to be that guy. Over the weekend the unfortunate soul was musician and podcaster John Roderick, doomed to be known henceforth as “Bean Dad,” the trending topic sobriquet earned when he declined to make lunch for his hungry nine-year-old daughter, insisting instead that she make herself some baked beans. The child brought him a can of beans and an opener, which she didn’t know how to use.

“So I said, ‘How do you think this works?’ She studied it and applied it to the top of the can, sideways. She struggled for a while and with a big, dramatic sigh said, ‘Will you please just open the can?’” began Roderick in a since-deleted Twitter thread. “A Teaching Moment just dropped in my lap!” In a series of two dozen tweets he chronicled his daughter’s six-hour struggle to perform a task he might have easily demonstrated and allowed her to try, practice, and master in less a minute, freeing her to focus on higher-order skills, such as following a recipe, or cooking

If Bean Dad thought he deserved an award for Father of the Year, Twitter had other ideas. “Child abuser” and “psycho” were among the milder terms of abuse. “You’re an ass---e, dude,” wrote another dad. “Feed her. Then Teach. Then delete your account.” But the tens of thousands of denizens of that digital hellscape who savaged Roderick’s reputation and drove him off Twitter and into infamy might be surprised to learn that teachers have another name for his child’s mechanical trial by ordeal. We call it “discovery learning.” For over a century we have elevated it as an authentic, hands-on, guide-on-the-side best practice. Indeed, since it was his daughter who decided she wanted lunch—intrinsic motivation!—we’d even recognize it as a “child-centered” approach to learning. Bean Dad was merely being a good constructivist, which requires that teachers facilitate learning and “create a responsive environment” that allows pupils “to achieve autonomous discoveries.”

If this sounds fanciful or like overstatement, pick up a copy of an outstanding new book, The Power of Explicit Teaching and Direct Instruction, by Australian teacher and education blogger Greg Ashman, himself a smart and energetic edu-Tweeter, who notes that the clear message he derived from his teacher prep program was that “explaining concepts directly to students was a last resort.” He describes an exercise he completed during his teacher training that involved questioning a pair of sixteen-year-olds about how satellites orbit the Earth, gently pushing on their misunderstandings until they figured things out on their own. “I now realise that this is an appalling way to try to teach students about satellite motion.” Somewhere Bean Dad nods, grimly.

Ashman’s slim and readable volume is a defense of knowledge-rich curricula, and he notes that “those who want students to gain a specific body of knowledge tend to be drawn, inevitably if sometimes slowly, to explicit forms of teaching.” If constructivists are disciples of Dewey (and Rousseau even further back) rejecting a “banking” theory of learning, Ashman is devoted to the idea most famously made by Newton that we see further when we stand on the shoulders of giants. His book also offers some brisk history of education theory, research in support of his thesis, and a smart takedown of pedagogical fads—the hardy perennials that the field cannot seem to let go of. In sum, there is not much mystery behind the teacher behaviors associated with learning gains, he writes. They include “effective use of time; a coherent curriculum in sequence; active teaching...a balance between conceptual and procedural knowledge; proactive management; teacher clarity, enthusiasm and warmth; pace; teaching to mastery; review and feedback; and teachers’ possession of adequate subject matter knowledge,” Ashman concludes. These also happen to be “the key features of effective explicit instruction.”

If the weight of evidence suggests that explicit instruction is the key to student achievement (and it does) what explains the field’s reluctance to move in the direction that decades of research point? Ashman cites “deep, philosophical reasons” for our reluctance to abandon constructivism and discovery learning. Explicit instruction is “viewed as authoritarian and antidemocratic.” Anticipating pushback, he points out that constructivism is a theory of learning, not a theory of how to teach. But he correctly notes that theory is clearly seen as having implications for the way we teach. “Plucked from its philosophical and scientific roots, constructivism in the classroom usually equates to asking students to find out something for themselves—to ‘construct’ knowledge rather than passively receive it like empty vessels.” In common classroom practice, Ashman quips, “it is as if the giant is there, offering children his shoulders, but instead we are asking them to construct a ladder out of sticky tape and drinking straws.”

It takes a resilient and determined teacher to question and resist education’s dominant models and orthodoxies. Ashman is not the first teacher to begin his career in willing suspension of disbelief only to find (first by failed and frustrating discovery, then in the library) the practical benefits of a knowledge-rich curriculum and direct instruction, nor will he be the last. But to the uninitiated who have never heard of Project Follow Through, Barak Rosenshine’s Principles of Instruction, or who have been acculturated to hear “direct instruction” as an epithet, Ashman offers a strong pair of shoulders to stand upon.

Meanwhile if, after an appropriate period of introspection and abject public apologies, Bean Dad seeks to recover from his cancellation by the Twitter mob and resume a productive career, he may find that his misadventure has left him unwittingly qualified for a surprising new career. He’d be wildly successful as a professor of education.