Elementary school teachers should stay with their students this fall 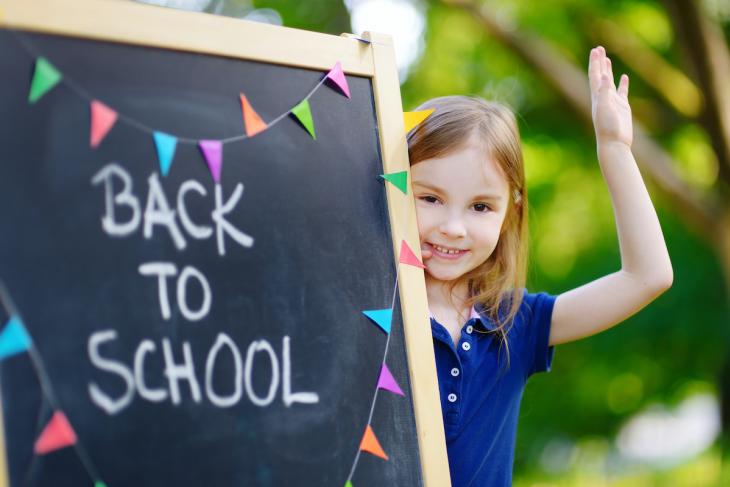 As thoughts start turning to reopening schools, there’s been no shortage of advice on what educators need to do to prepare and how they should go about doing it. One emerging piece of consensus is that schools may need to start the school year remotely as part of rolling closures triggered by new outbreaks. On its surface, altering scheduling, staffing, and other logistics to effect social distancing seem like straightforward operational functions, but like all options being thrown on the table, each possibility presents a cascading series of obstacles, many of which could prove insurmountable.

Thinking back to the elementary school I once led, Elm City College Prep, we never had to tackle the novel challenges facing schools today, but there were many things we could have adjusted based on what the experts are forecasting. The stepped-up cleaning, physical distancing, and additional accommodations (e.g., allowing vulnerable teachers to work from home) would have called for considerably more planning than ordinarily required, but these are largely solvable problems assuming an adequate provision of resources and the suspension or removal of undue regulatory and contractual red tape. Granted, these are no small assumptions, but the logistics of remote learning and social distancing are not the most difficult part of the back-to-school equation.

No, the trickiest part in all of this—one that’s been lost in the Manhattan Project–style effort to build a new delivery system—is the primacy of school culture. The coronavirus has disrupted the rituals and routines of schooling, but it could have been much worse. Indeed, in hindsight, schools were fortunate that in-person schooling ended when it did in March, as teachers already had two-thirds of the year under their belts to establish relationships and make meaningful connections. I’ve seen the benefits of this firsthand with my five-year-old daughter as she wraps the year up with her teacher on Zoom. But how do you do that well with a new set of kids and a new teacher if their initial interactions are all or mostly online? It would seem almost impossible to start a school year with elementary age students in front of teachers they’ve never met and don’t feel any relationship with or accountability to.

One potential solution was raised by my colleague Mike Petrilli: Have kids stay in the same grade with the same teacher instead of moving onto the next. The idea was widely panned by educators and the public writ large, though policymakers were more sympathetic. Folks may have reasoned that the stigma associated with redshirting would have been yet another burden placed on the shoulders of students who, through no fault of their own, were already behind grade level. But regardless of one’s feelings about social promotion, there is considerable merit to Petrilli’s argument about students returning to the familiarity of their current teacher, especially as a hedge against the struggles many low-income, low-performing elementary students will assuredly face this fall.

A recent study suggests the answer could lie with what is often referred to as “looping.” Unlike retention, which requires students to repeat the same grade, looping calls for the teacher to follow her students to the next one. As one elementary teacher describes it:

There are no silver bullets, but looping would seem to address several of the uniquely sticky problems created by the pandemic. First, it directly confronts the issue of student-teacher familiarity, a foundation for learning and all of the other salutary effects of schooling. Second, it’s a low-cost policy, which is an important consideration with schools and districts facing severe budget shortfalls. Third, research shows not only improved test scores, albeit modest, for kids who loop, but the benefits accrue more to students of color, the population most likely harmed by school closures.

To be sure, looping all elementary grade students could present challenges. For one, moving teachers between grades would require them to quickly learn a new set of content standards and familiarize themselves with new materials. Second, the amount of research on looping is relatively thin, so it’s unclear whether the benefits would persist if the practice were suddenly expanded. Third, looping will not be effective, and can even be detrimental, if students are assigned to an ineffective teacher for two to three consecutive years. There’s also a question of what happens to today’s fifth grade teachers if their students move to middle school

Yet the potential upsides clearly outweigh the negatives. Teachers and students are already stressed by the “new normal,” and things will likely get harder before they get easier. As schools turn to what will be required of teachers in the fall, they must avoid complexity at all costs and do everything they can to make the job doable within the capacity of existing staff. Rather than having teachers fight through a screen to connect with their students, let’s have them build naturally upon the face-to-face relationships they’ve already established. Besides, ensuring forward progress on academics will be daunting enough.