The effects of immigrant students on the educational performance of their U.S.-born peers 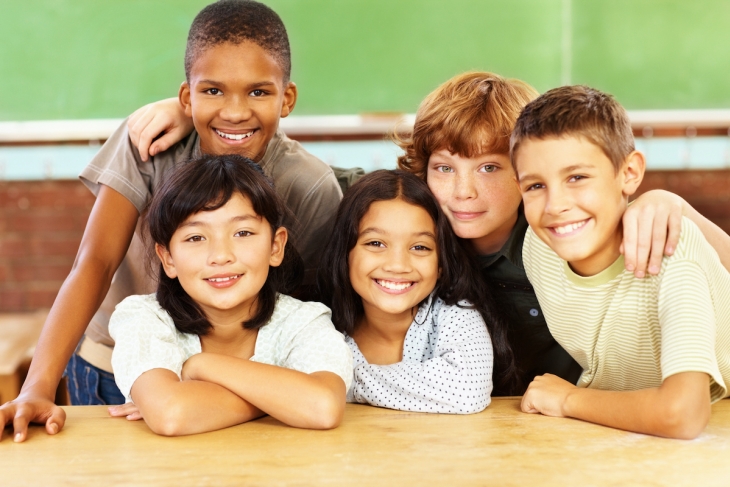 According to U.S. Census data, 23 percent of students in America’s K–12 schools were either first- or second-generation immigrant children in 2015. That was up from 11 percent in 1990 and 7 percent in 1980. This demographic shift required big changes in schools to support those children and their families, especially in areas with exceptional concentrations of immigrant children. What impacts did this influx and the associated changes have on U.S.-born students? The research base is limited, but a new analysis from the National Bureau of Economic Research shines light on this question.

With the Florida data, the researchers were able to identify siblings in different grades in the same schools and use their differing levels of exposure to immigrant peers—as well as their responses to it—to build what they judge to be a more accurate model of impact. Instead of a full-cohort analysis as is typically done, they compare math and reading test scores of siblings who experience different cumulative exposures to immigrants based on their ages and grade levels. Additionally, they compare the school-transition experiences of siblings based on their relative exposures to immigrant students. That is, two siblings who start in the same school in different years are held to have the same probability of changing schools over the years, absent the variation in immigrant exposure. This creates a measure of “native flight” against which the academic outcome findings can be compared.

When this model is run, the traditionally-observed negative impacts of immigrant exposure on U.S.-born students’ academic outcomes are actually reversed. All students exposed to immigrants perform better, and this occurs independent of the actual performance level of the immigrant students themselves. The researchers explain that, “[m]oving from the 10th to the 90th percentile in the distribution of cumulative exposure (1 percent and 13 percent, respectively) increases the score in mathematics and reading by 2.8 percent and 1.7 percent of a standard deviation, respectively. The effect is double in size for disadvantaged students.” For White and wealthy U.S.-born students, the effect is still positive but much smaller. Perhaps unsurprisingly, it is just those students from more advantaged backgrounds—youngsters for whom a higher number of acceptable choices are available—who are more likely to exit their schools when immigrant concentrations grow. Those students who remain experience the academic boost. For Black students, however, the positive effect of immigrant exposure appears in both models, perhaps because they’re not “taking flight” in either case.

What might be causing the boost? Parental education level and cultural influence from the country of origin are part of the answer in terms of magnitude, but something else must be involved because the boost appears regardless of immigrant students’ own performance level. The researchers investigate two possibilities: that more resources are available to schools with higher concentrations of immigrant students, and that there is an inherent positive impact of diversity on learning. Neither theory can be proven with the available data. So we don’t know exactly what the mechanism is. We are simply left with the observation that an increase in immigrant exposure boosts academic outcomes for almost all U.S.-born students in a school, but that this boost is only achieved when a specific segment of U.S.-born students leave that school in response to same.

The findings are simultaneously compelling and depressing. If the mechanism at play could be understood, perhaps it could be harnessed to help all students. And with a baby bust underway here in the U.S., the percentage of immigrant students in U.S. classrooms could continue to climb, making that effort even more important going forward.