Drawing a line in the sand on state testing 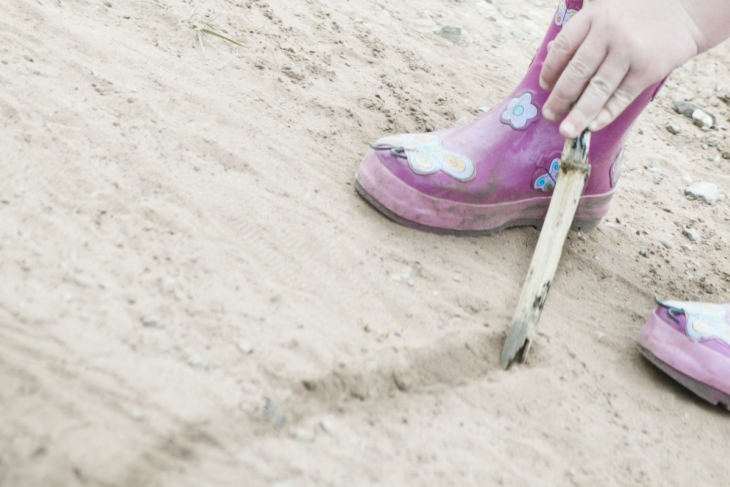 Late last Friday, the U.S. Department of Education denied Georgia’s and South Carolina’s requests to cancel statewide standardized testing entirely. The news was predictably met with derision by testing opponents and cheers by enthusiasts. But these two particular decisions provide more noise than signal on where the feds will come down on state assessments. To wit, both states initially submitted their waiver applications last year—Georgia in June; South Carolina in November—when no one knew where the nation would be with the pandemic. By doing so, they showed they were unable even to feign the slightest interest in attempting to test students this spring.

There are a dozen or so states currently in the mix for assessment waivers, with most of them asking to use local tests instead of statewide exams. As I wrote in this space last month, an overreliance on local exams is problematic, especially in the wake of Covid-19 and if they are used to the exclusion of state assessments. This is because local assessments lack the strong quality controls required to provide for the valid comparison of student results across schools and districts. Without this control, it’s too easy to mislead parents and other stakeholders about the true magnitude of a year of extraordinary disruption. Now is the time, as Harvard’s Andrew Ho aptly observes, to bring “all data on deck.” If the feds approve the remaining waivers as is, states will assuredly take the slack to only test locally and, in the process, lose the most direct measure of state standards.

Consider for a moment what’s happening on the other side of the country in Montana, which has been seeking to cancel state testing this spring. The state submitted its assessment waiver back in February. Last month, state department officers met with Education Department officials and reported—in a bulletin that was publicly circulated afterwards—that their plan had been adjusted following the conversation to allow districts the option of choosing either a shortened version of the state test or to use local assessments in place of them. While it doesn’t necessarily mean Montana’s waiver has been officially approved, this brow-raising development suggests that U.S. Secretary of Education Miguel Cardona—or at least members of his team—could be willing in some instances to give the thumbs up on the use of local exams in lieu of state tests. Otherwise, why wasn’t Montana’s waiver application similarly swatted down on Friday (or for that matter California’s or Michigan’s)?

Time is of the essence, as testing windows will soon be opening, if they haven’t already. Indeed, the answer could be a matter of process of elimination. Cardona said at his confirmation hearing, “If the conditions under Covid-19 prevent a student from being in school in person, I don’t think we need to be bringing students in just to test them.” Remote testing is largely off the table for test security reasons, among others. So if all students aren’t expected to come into buildings to take the state test, and they can’t do so remotely either, what else is left? A trio of possibilities seems to be emerging.

The first is Colorado’s baby-splitting approach, which was green-lighted in the flurry of decisions last Friday. It was an intriguing verdict rendered relatively quickly, given that the state’s application was formally submitted just two weeks ago. The plan—in which students in grades three, five, and seven will take only the English language arts test and those in grades four, six, and eight will only take the math portion—is, from a political standpoint, a resounding success and an encapsulation of “The Colorado Way”: painstaking conversation and compromise with the goal of finding common ground and win-win solutions. But from a policy standpoint, the state’s plan leaves much to be desired.

To be sure, Colorado’s compromise alleviates some of the testing burden on kids and schools, but as a local principal told me a few weeks ago, the benefits from paring things down is minimal in a year that’s been trying on educators since the get-go. While Colorado has certainly satisfied its political concerns related to testing this year, it’s unclear how the state’s waiver helps to better address Covid-related challenges, like evaluating student learning loss or testing kids who are still fully remote. These students will not be required to come into school for testing, and their parents can still opt them out of the exams. What’s more, the holes created by not testing students in either ELA or math, compounded by widely-anticipated lower student participation rates writ large, could paint a Swiss-cheese picture of student performance, and it raises questions about where Uncle Sam will ultimately draw the line.

Another way states are looking to solve the problem of testing when a lot of kids are still learning at home is to push spring assessments into the fall, something that my colleague Mike Petrilli has often suggested. Just last month, for instance, Maryland voted to take this very approach. When it comes to fall testing, I’m of two minds. On the one hand, it’s better than nothing, and it makes a lot of sense for states to do whatever they can to assess as many students as possible, especially states like Maryland, where many kids are still learning remotely. But from a technical standpoint, fall testing could raise more questions than answers if tutoring and other recovery efforts have gotten underway or if students have been sitting around at home all summer—to say nothing of how to draw valid comparisons between spring 2019 and fall 2021.

Finally, when it comes to the waiver-stakes, keep an eye on Washington in the Pacific Northwest, which just submitted its application last week. The state has proposed a NAEP-like sampling scheme of approximately 50,000 students—in selected grades and content areas—in lieu of attempting to test the 700,000 students across the state ordinarily eligible in a given year. Going far beyond even what Colorado proposed, this downsizing could make judging recovery efforts particularly challenging if enough students in the state’s sample do not test. If its waiver is blessed by the feds, there’s a nontrivial possibility that Washington will be left without a way to leverage state testing data to better understand which schools, districts, and student groups require the most assistance.

When President Biden provided his wobbly-kneed response on state assessments from the campaign trail, he ignited hope among reform skeptics that he would end annual testing once and for all. It came as a huge disappointment to them when shortly after his inauguration, his team appeared to do an about-face by announcing the exams would continue. However, with the administration appearing to send mixed signals once again, it’s hard to reach a conclusion other than this: Biden’s team is—consistent with its M.O.—trying to eat its cake and have it, too.