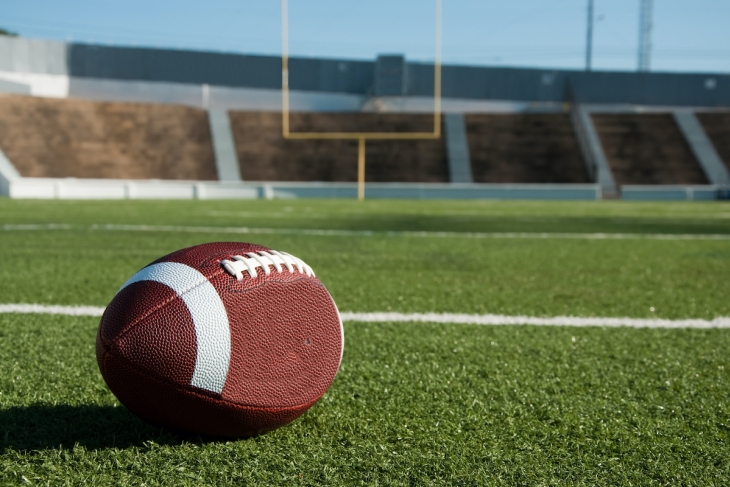 Despite last week’s announcement by the U.S. Department of Education that it won’t grant blanket testing waivers this year, a number of states have decided to push for one anyway. Some of them read the guidance from the feds and see an opening to use local formative assessments in lieu of large-scale statewide summative exams. To wit, Michigan will seek approval to use their “benchmark assessments” to fulfill federal testing requirements.

In weighing the trade-offs of using local assessments for this purpose, it may be instructive to look at how the National Football League is handling the cancellation of its premier, “high-stakes test” for college football players: the NFL scouting combine.

For the uninitiated, the combine is a week-long evaluation ordinarily held every February at Lucas Oil Stadium in Indianapolis, where pro-football prospects perform physical and mental drills in front of general managers, coaches, and scouts. The event allows personnel directors to evaluate players in a standardized setting, and it enables athletes to affect their draft status, salary, and career trajectory. A player with a sub-par college record, for example, can improve their “draft stock” considerably through a strong showing at the combine. According to NFL analyst Chris Trapasso, the cancellation of this year’s combine will have a profound impact on the entire draft class—the fallout from which offers lessons for the current testing debate in education.

First, going back to education, expect an honesty gap if states solely rely upon local exams. Absent the combine, the NFL will use their “pro days,” a decentralized process that involves evaluating athletes at university campuses. Trapasso believes football fans must take these local evaluations with a grain of salt:

Be ready for some insane times and measurements. It’s been difficult to trust pro days because of their exaggerating tendencies. This year, they're really all we have (along with any “combines” held by workout facilities). And we all know college programs love pumping out those 4.2 [second] times in the 40 [yard dash] and those lightning-quick three-cone drills.

Trapasso’s concerns about the variation in performance between the combine and pro days also get at the differences between formative and summative assessments in our schools, and the variable investment we’re inclined to make in each. This is not to say summative tests will present a flawless picture of student performance during the pandemic, but they will provide a useful check against the other measures schools and systems have employed thus far.

Second, standardized tests are an invaluable tool for revealing human potential. The combine is known for unearthing NFL-caliber talent at lower levels in college. Without the combine’s standardized process, small school draft prospects will have a harder time standing out. In education, the stakes are arguably even higher. Few understand this dilemma better than congressional sensation Alexandria Ocasio-Cortez, who has often noted that her own public school teachers didn’t recognize her promise. “It wasn’t until I took a high-stakes test where I scored in the 99th percentile across the board where they figured out I did not need remedial education,” she once recalled. “It took a test instead of understanding the child in front of them.” Testing skeptics like to dismiss comments like Ocasio-Cortez’s out of hand. But for students like her, objective and standardized tests are a veritable lifeline.

Finally, there’s the complementary relationship of formative and summative assessments. Even the combine includes a standardized exam, the Wonderlic Test, and the standards for various evaluations like bench press and vertical jump are customized depending on the position. But as helpful as these analytics are, teams will still make bad predictions about who will become a star player. Similarly, state summative exams are but one measure and, importantly, the only one states have that offers comparability from district to district. Of course, local assessments are more instructionally valuable, but they’re often not peer reviewed to control for quality or bias. Which is to say, states should be considering the assets and limitations of both rather than pitting one against the other.

The upshot is that, while state test results will be tough to interpret this year, the alternatives are even worse. Forgoing large scale testing altogether made sense last spring when the pandemic first hit, but there’s little excuse to put our collective heads in the sand this time around. If distancing is the obstacle to testing this year, we should be turning performing arts centers, hotels, and empty arenas into testing sites and, if necessary, leveraging weekends and evenings, too. The dearth of creativity and imagination on the administration of state testing—one year into this calamity—is simply beneath our nation’s dignity.

If the feds give these states the green light on subbing out summative exams, they should do so with eyes wide open. There’s a reason why some state leaders won’t cancel state testing regardless of what Uncle Sam says, while others will comb every avenue to weasel out of them. At least the NFL has game film as a fall back to evaluate athletes. Schools do not. But states can and should encourage their districts to test as many students as possible. Anything less would be an abdication of their responsibility to exercise de minimis oversight over the largest budget item on their books.