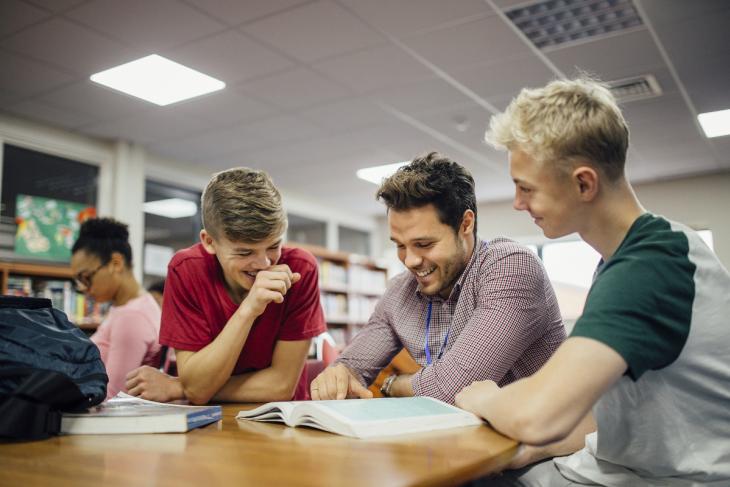 Flipped classroom in K–12 and higher education have been popular for years. Unlike the traditional model in which lectures in class are followed by homework exercises, students in the flipped variety accomplish these in reverse, watching videos of lectures or working through other tutorials at home, and then exercising their new skills and knowledge in the classroom, where the teacher can help them if they run into problems, answer questions, etc. It’s an intriguing idea, but there’s a dearth of research on how the model impacts student learning. A recent study published by Brown University’s Annenberg Institute offers valuable new evidence.

Researchers randomly assigned 1,328 students enrolled at West Point to different sections of two courses: introduction to calculus and introduction to economics. Eighty instructors taught at least one section in each type of classroom—flipped and traditional—to ensure that it wasn’t the instructor that was driving any differences.

The potential impact of the flipped classroom model they studied was limited in two important ways. First, the flipped classroom was only implemented for one unit in the course, after which there was a unit quiz, but this was just a small part of the course. Second—and this serves as an interesting finding, as well—it’s clear that some of the students in the flipped sections were not taking advantage of the program’s resources. A fifth of the calculus students and more than a fourth of the econ students in the flipped sections never watched a single video, even though watching the lectures away from class was the whole point of the model.

There are two main findings about the impacts of flipped classrooms. First, the results of the unit quiz demonstrated a strong positive effect of the flipped model in calculus, but a null impact in economics. Students in the flipped calculus course scored about a third of a standard deviation higher on the mid-term quiz relative to students in the traditional classrooms. But this didn’t apply to every subgroup: Female, black, and Hispanic students and students with lower baseline performance in math saw no improvement under the flipped model. This means that the flipped classroom actually increased achievement gaps.

All in all, the results are promising for the flipped classroom model, with the important caveat that performance only improved for the student groups that were already the highest performing. Future studies should dig into why these effects differ across student groups, along with the question of how we can get all students to take advantage of the available course resources, even those without the internal motivation to do so.