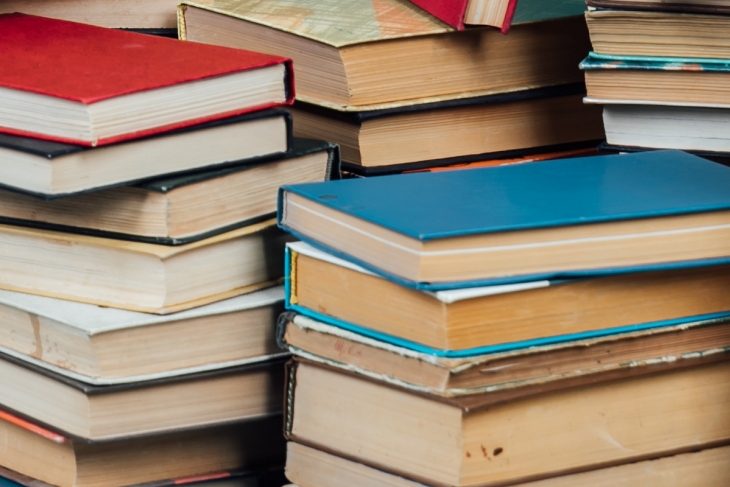 Amid the raging culture fires engulfing our politics and schools comes a concerted push among some conservative groups to codify a “parents’ bill of rights.” House minority leader Kevin McCarthy rolled out his proposal last November, as did U.S. Senator Josh Hawley. Although neither measure is likely to get much traction in Congress, at least not before the mid-term elections, kindred efforts are making headway in some states. Florida’s version was signed into law last June, and Texas and Virginia both jumped into the fray in January. A dozen or so states have bills pending. These plans typically include sections on school or curriculum “transparency,” which calls for information about curricula and instructional materials to be posted online or otherwise made accessible to parents and other interested parties.

They run the gamut from painless to preposterous. Some require schools to provide a list of core curricular materials (although this elides the much thornier question of how or whether such materials are used, never mind how they’re likely to be supplemented), or even an inventory of everything in the school library. Others allow parents to opt their children out of any lesson or assignment they find objectionable (giving new granularity to the concept of choice in education). Still others would allow teachers’ professional development sessions to be open to the public (though this would seem to work at cross purposes with pre-pandemic and post-Columbine efforts to “harden” schools). Some would let parents watch videos—livestreamed or recorded—of their children’s classrooms.

The principle of school transparency has undeniable appeal, yet we can’t avoid asking about the motives behind these efforts and wondering whether an unassailable value like transparency is being deployed as a wedge to worsen the politicization of our discourse and fragmentation of our culture.

Operationally speaking, putting into practice the kinds of curriculum transparency imagined in some of these proposals would be incredibly burdensome on teachers, schools, and districts, and strongly opposed by all their organizations. But before getting lost in the challenges of implementation, let’s ask whether the theory of action undergirding curriculum transparency even makes sense as policy.

It goes something like this: Compelled transparency will spur schools and districts to correct problems in order to avoid public outcry. This premise gained steam in the world of education policy with NCLB’s public reporting requirements (e.g., data disaggregated by student subgroups), but today’s approach to curriculum transparency presupposes simply the disclosure of information as distinct from direct government interventions based on that information. The theory is that more data with a lighter governmental touch is a best-of-both-worlds proposition. (See today’s love affair with education dashboards.) Sounds like a win-win, right? As it turns out, there’s considerable evidence to suggest that transparency alone doesn’t do much as a lever for policy change.

In an article written two years ago by researchers Morgan Polikoff and Ethan Hutt, “Toward a Framework for Public Accountability in Education Reform,” the authors show that transparency employed as a policy tool is subject to overly optimistic assumptions among lawmakers, policymakers, and parents alike. Though this problem is in no way limited to education (e.g., consider the subpar results of requiring disclosure of nutrition facts), it’s acute in our sector precisely because many education policies today rely exclusively on information disclosure as the means for securing desired outcomes. Polikoff and Hutt write:

As mandatory disclosure has become the focus of thousands of laws and regulations nationwide, scholars in many fields have begun to raise questions... These critics argue that disclosure policies fail to produce public accountability because they have an undertheorized view of the state’s operation and capacity for change [and] misperceive the value of information in people’s decision-making... For many, the sum total of these concerns is captured in the opening line of a recent book on the subject: “‘Mandated disclosure’ may be the most common and least successful regulatory technique in American law.”

In short, transparency as a policy driver has been greatly oversold. Transparency itself is a weak lever, not to be relied upon to cause much to change. This is not to say there isn’t an important role for public accountability; rather that the tradeoffs and limitations of today’s calls for greater transparency should be honestly weighed and examined if we’re serious about improving access to high-quality instructional materials and, by extension, student outcomes. What’s more, parents who are mostly wanting to be able to shield their kids from content they disapprove of would also do well to recognize and understand the shortcomings of statutory band-aids.

Of course, therein lies the rub. Amid the mudslinging that constitutes today’s national education dialogue, it’s impossible to disentangle curriculum transparency efforts from our larger disagreements—fraught with anger and frustration around race, free speech, and censorship. Which is a shame because the lack of information about what curricular materials schools are using could really stand to be improved upon.

The conversation we should be having around curriculum transparency is how to provide better information to parents without putting an undue burden upon schools. At the same time, what many parents witnessed of their children’s education on Zoom over the last two years left much to be desired; officials should address these concerns with empathy and reject the impulse to downplay them. Instead, what we’ve been given is a dishonest, “gotcha” game of one-upmanship that ratchets up the political temperature at the expense of shedding light on ways to resolve the tension between a sunshine strategy and a big government approach.

Only a good-faith exchange of ideas can yield a productive outcome, especially given today’s stratospheric levels of distrust. At the very least, states should consider including a sunset clause on their curriculum transparency efforts, so if it turns out to be a huge paperwork burden with little actual benefit, it can go away (assuming that policymakers will have moved on to other issues by then). Better yet, it would make sense for states to dial down their ambitions by starting small. A sensible place to begin could be in districts where parental complaints about curriculum have been unusually high. In the fight for more transparency, progress will require cooler heads to prevail.