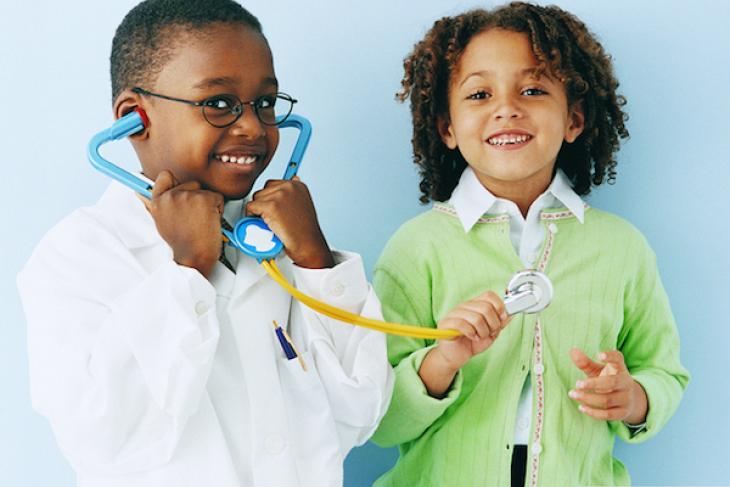 During the No Child Left Behind era of education reform, now winding down, teachers, schools and districts were tacitly encouraged to focus their efforts on raising the floor rather than raising the roof on student achievement. Whether by accident, choice or neglect, high-achievers as well as those merely "above proficient" received little attention. And why should they? With so many struggling in the water, why concern ourselves with those standing safely on dry land?

A new report from my colleagues at Fordham tells why. Simple fairness, for starters. We should strive to develop the full potential of all children, not encourage schools to choose winners and losers either by design or neglect. It's also in our strategic interests not to ignore high-achievers. From their ranks will surely emerge many of the men and women for whom our children and grandchildren will work and vote, and whose talents will hopefully keep the nation secure and economically competitive well into the future.

There's a moral component to consider as well. "If we want tomorrow's scientists, entrepreneurs, and inventors to 'look like America,' our schools need to take special pains with the education of high-ability kids from disadvantaged circumstances," the report notes. If social mobility is a goal of K-12 education, then it makes sense to attend with urgency to the low-income children, disproportionately black and brown, who have the best chance to climb out of poverty and diversify the nation's leadership class. At present, the report notes, these are precisely the students most likely to "lose altitude" as they make their way through our schools.

As someone who has worked with low-income minority children almost exclusively, this resonates deeply with me. I have long applied what I call the "Tiffany Test" to weigh new ideas and initiatives in education: Will a program, policy or idea improve outcomes for children like Tiffany, an actual student in one of my first classes when I taught fifth grade in a low-performing South Bronx elementary school? She caused me the most sleepless nights as a teacher. Tiffany was not a struggling, disengaged student, but the opposite: a bright, deeply engaged and hard-working young lady who was solidly "proficient" by the debased standards of the state tests of the day (circa 2003).

As a general education teacher, I simply don't know if Tiffany would have qualified as "gifted," but in a school where the vast majority of students struggled to meet basic standards of proficiency in literacy and math, she stood out. And more to the point, her teachers (me included) had little incentive to give her much attention. Once, when I expressed concern that I wasn't doing enough for Tiffany and other kids like her, an administrator pointedly told me "she's not your problem."

Under the Every Student Succeeds Act, states have the opportunity to prioritize high-achievers and kids with high potential, or at the very least end the days of neglecting or taking them for granted. Fordham's report makes a number of recommendations, each of which would seem to pass the Tiffany Test: When designing accountability systems, states should give schools additional credit for getting students to advanced levels of proficiency; rate schools based on the progress of students at all achievement levels; and when determining school ratings, make "growth for all students" count for at least half of the scores. Each of these would have provided powerful incentives not to take high-achievers (measured in real terms or relative to their classmates, like Tiffany) for granted.

It's always wise to be wary of unintended consequences. No one would have argued that the reasonable goal of getting all children to proficiency in reading and math should mean actively conferring second-class student status on those who walked in the door already at that level. Having learned that lesson the hard way, I worry that prioritizing student growth over proficiency could lead to complacency with incremental progress, or a lack of urgency about getting low-performers to proficiency sooner or later. Growth matters most, until the day you're competing for a job or some other opportunity. Then talent and demonstrated ability – not potential – matter most. We should value both growth and proficiency, not set them in opposition to each other.

"High-achieving students—especially those growing up in poverty—need all of the attention they can get," the Fordham report concludes. I couldn't agree more. The lack of attention they get has troubled me since my first days in the classroom. As policy, No Child Left Behind failed the Tiffany Test. Here's hoping under ESSA, more than a handful of states can pass it.