Could NAEP affect midterm elections? And other questions about next week’s release. 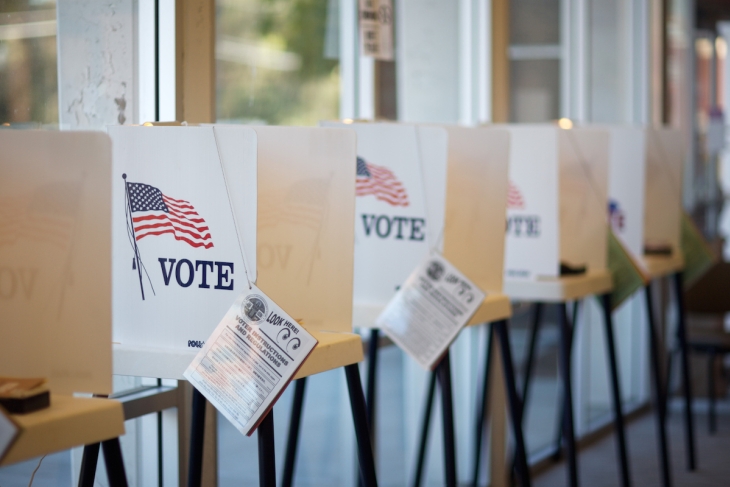 The 2022 results from the “main” National Assessment of Educational Progress will be released October 24. If you’re feeling like the 2022 NAEP results just came out, you’re not wrong. The scores released around back-to-school time were from a special implementation of NAEP’s Long Term Trends version. That one looked only at nine-year-olds, tested a fairly small sample of students, and used a version of the exam that has not been updated since the 1970s. What’s coming later this month is much more comprehensive: fourth- and eighth-grade scores at the national level, but also state by state and for two-dozen large urban districts. Plus, a big-enough sample to permit breakdowns for racial subgroups, special education students and English learners, as well as for charter and Catholic school students.

While state assessment data, and results from interim assessments like the MAP and i-ready, are more relevant for individual kids, teachers, and schools, for policy wonks—and a lot of elected officials and other policymakers—this upcoming NAEP release is a big freaking deal—and even more than usual in the pandemic’s aftermath.

So what are some of the storylines we might look forward to? It will depend, of course, on what the actual data show. But here are the major ones that I can foresee.

No. 1: Could any state’s results factor into November’s election?

It’s been at least two decades since NAEP scores were released in the same autumn as an election. That’s because starting with No Child Left Behind, the test was administered on an every-odd-year schedule. But the pandemic pushed the 2021 assessment into 2022. It would not have been hard for the NAEP governing board and the National Center of Education Statistics to slow-walk these results until after the election, but to their credit, the scores are being announced on an impressively fast timeline. Which raises the possibility of those scores having an impact on this year’s elections, especially gubernatorial races. (This could happen in future election years, too—the next round will come in a presidential year—which could become a real problem for NAEP.)

The big state-by-state story, of course, is going to be about the pandemic and the resulting school shutdowns. Will red states outperform blue ones because they mostly got their kids back to in-person learning faster? And might that help incumbent Republican governors and hurt Democratic incumbents? That’s plausible, so watch how the scores look for states such as Georgia, Florida, and Texas, where Governors Brian Kemp, Ron DeSantis, and Greg Abbott were aggressive about reopening schools. They will certainly crow to the press, and possibly cut some new campaign commercials, if their test scores hold steady. (Granted, none of those elections looks especially close right now.)

On the flip side, watch how Democratic-led states that were more cautious about reopening do on the test, and see whether big declines will hurt incumbents running for reelection. Nevada, Wisconsin, and Kansas are probably the most salient ones on that score, with Governors. Steve Sisolak, Tony Evers, and Laura Kelly leading their races but not blowing their opponents out of the water. If there are big drops on NAEP in any of these states, expect—overnight—to see new campaign commercials from their Republican opponents.

Don’t be surprised to glimpse bad news from California, as well, given that it was the state that was the last to reopen schools. Governor Gavin Newsom doesn’t appear at risk electorally, but NAEP results could become a last-minute issue in the race for state superintendent. Low scores might also be likely, and embarrassing, for Illinois Governor J.B. Pritzker and Michigan Governor Gretchen Whitmer, though both appear to be easily heading to re-election.

Bottom line: If any state fared significantly better than others, expect incumbents to try to score points. If any fared worse, challengers may try to capitalize.

All this is speculation, of course. It’s also entirely possible that all states experience roughly equivalent declines, with red states doing merely a bit better than blue ones. After all, plenty of kids were learning at home for long stretches even in GOP strongholds, and virtually everybody had to deal with a lot of interruptions to learning between NAEP 2019 and NAEP 2022.

No. 2: Will the scores deflate happy talk about kids bouncing back from the pandemic?

While the Long Term Trends results were devastating across the land, they provided no state-level data, and several states have been busy this fall spinning their own test scores as demonstrating rapid progress in the wake of the pandemic. Here’s a sample of state press releases:

That all sounds pretty good; but now—and not for the first time—NAEP will play an indispensable role as auditor and truth squad, serving (as Congress intended starting with NCLB) as an external check on states’ testing and reporting systems. I won’t be surprised if several of the states quoted above turn out to have egg on their faces.

Yes, there can be explanations beyond an honesty gap for why state scores and NAEP results might diverge. Some states are looking at (and boasting about) changes from 2021 to 2022; NAEP will provide trends from 2019 to 2022. Moreover, state tests are more closely aligned to state standards and (one hopes) to the curriculum taught in the state’s classrooms. Additionally, states can track individual students over time, so they can look at the progress that particular kids might be making; NAEP can look only at changes in scores from one cohort of students to another.

Still, if the aforementioned states and others like them record big drops in their NAEP scores, reporters shouldn’t be shy about asking officials if they stand behind their claims of gains, improvement, and rebounding.

No. 3: Will Catholic schools shine?

If their schoolkids do well, it will offer a glimpse at what might have been—if all American children had gotten back to school in the fall of 2020, like Catholic school pupils did, and those in most European countries. Also expect the school choice world to celebrate. (It would be great to have data for private schools as a class, but as has been true for many years, not enough non-Catholic privates took part in NAEP. What could they be hiding?)

So, political junkies and education policy wonks alike: Mark your calendars for October 24, and let’s see whether the news is more pumpkin-spice-nice or Halloween ghoulishness.

Editor’s note: This was first published by The 74 in slightly different form.