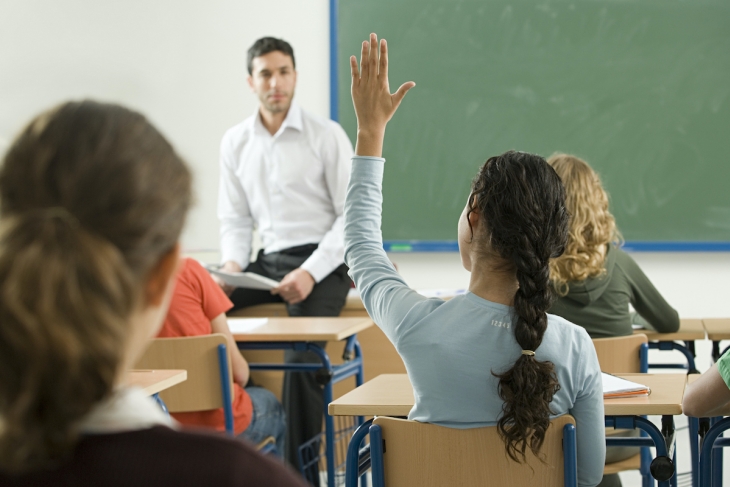 There are good arguments to be made in favor of so-called critical race theory “bans” that have now been considered in some form by more than half of all US states. The more sophisticated versions of these laws would offer important protections against compelled speech, such as the Idaho bill that prohibits schools from “compel[ling] students to personally affirm, adopt, or adhere” to tenets including that “individuals should be adversely treated on the basis of their sex, race, ethnicity, religion, color, or national origin.” While some have noted that civil rights law renders many of these practices already illegal, AEI’s Max Eden has pointed out that does little good if those civil rights protections go unenforced.

It’s hyperbolic to claim, as many have, that CRT bans forbid teachers to talk about racism and sexism. At the same time, critics on the left aren’t wrong to be concerned that the laws could still have a chilling effect on teachers, making them reluctant to touch important issues in history and civics such as slavery and Jim Crow laws. No one wins if students don’t have the opportunity to grapple with controversial topics in the classroom and to develop the critical thinking skills that are an essential outcome of a sound K-12 education.

The question, then, is how to keep pernicious, neo-racist ideologies out of the classroom, without prohibiting teachers from engaging students with important, difficult topics. As it turns out, sometimes the solution to a public policy dilemma is hiding in plain sight. In a piece for RealClearPolicy, we looked at how the recent firing of a Tennessee teacher points at a way forward that seems not to have been widely considered — one that changes not laws, but classroom practice.

Matthew Hawn, a high school contemporary issues teacher and baseball coach in Sullivan County, Tennessee, was dismissed from his school, ostensibly for assigning a politically charged essay by Ta-Nehisi Coates and a poem about white supremacy. The case made national news because it was widely assumed the teacher was the first casualty of a state CRT ban. But, in fact, Hawn was dismissed for violating Tennessee’s “Teacher Code of Ethics,” which requires teachers to provide students access to varying points of view on controversial topics — a requirement Hawn allegedly failed to follow.

As it turns out, Hawn’s actions also violated a local-level rule: his school district’s “controversial issues” policy, which requires teachers to “ensure that differing sides of an issue are explored in order to help students develop their own critical faculties” when “the subject matter being taught involves conflicting opinions, theories, or schools of thought.” Had Hawn followed this policy, he likely never would have run afoul of the state code.

Readers will be forgiven if they assume that such commonsense policies or codes of conduct are already part of the teaching profession. It seems that stretching student thinking with multiple perspectives should be standard practice, not just in civics and history but across the curriculum.

Surprisingly, though, there’s no clear evidence about how many of the nation’s 13,800 public school districts have “controversial issues” policies similar to Sullivan County’s. The National School Boards Association doesn’t currently track such data. The Council of the Great City Schools suggests most of their member districts have these sorts of policies, but couldn’t offer a concrete number. Neither could the National Association of State Boards of Education shed light on which state boards have controversial issues policies in place, or whether any offer model examples or guidance for local districts that might wish to adopt one.

Even where such policies and codes of conduct exist, they don’t amount to much if teachers aren’t aware of them, if they’re not effectively enforced, or if teachers receive mixed signals from ed schools, professional development, or unions about their professional obligation to respect and reflect viewpoint diversity in their classrooms.

As we note in the RealClearPolicy piece, policies designed to encourage viewpoint diversity are unlikely to satisfy ideologically committed culture warriors on either side of the critical race theory debate, but a majority of fair-minded Americans would likely accept and even appreciate classrooms where students are afforded the opportunity to grapple with contentious issues without their teachers privileging their own personal or political views. It’s just good teaching. No less than basic literacy and numeracy, the ability to discuss and debate controversial topics is an essential outcome for public education, the founding ideal of which was preparation for responsible self-government and citizenship. Carefully written and enforced teacher codes of conduct or controversial issues policies can help ensure our school systems deliver on that promise.

Tracey Schirra is a Research Associate at the American Enterprise Institute.