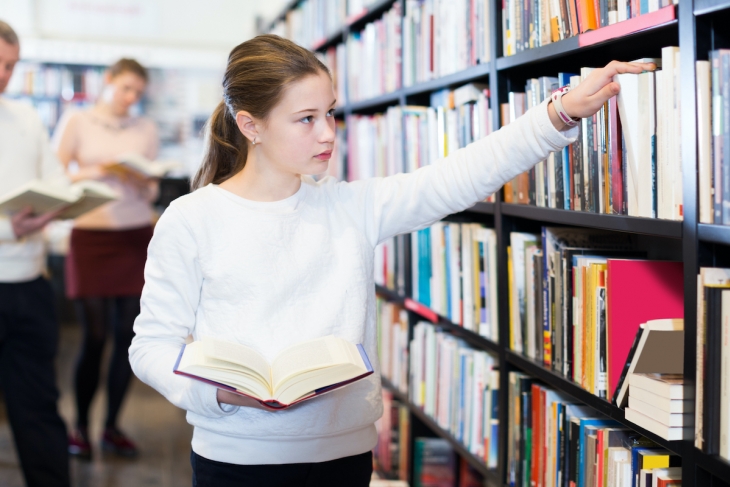 Myriad stories have emerged of non-school entities providing strong academic support to students during the pandemic disruptions of the past two school years. A recent working paper published by the Federal Reserve Bank of Chicago indicates that investments in one such entity, local public libraries, were providing academic boosts for students, as well as other positive community outcomes, well before Covid-19 struck.

A trio of economists collected spending, revenue, and usage data from the Institute of Museum and Library Services’s Public Library Survey, focusing on capital spending for major renovations and new library buildings. They were particularly interested in how such investments affect library operations, patron usage, housing prices, and student achievement. As these are typically one-time projects that expand fixed assets, the researchers termed the investments “spending shocks,” defined as an increase of $1,000 or more in per-student capital spending at libraries within five miles of a school district. Using this definition, 10 percent of all districts in the sample experienced such a shock between 2009 and 2018. They linked these data to district-level test scores from the Stanford Education Data Archive (SEDA) and to zip-code level housing price indices from Zillow. They used both a difference-in-difference and an event-study design to analyze library spending shocks from 2009 to 2018.

Their analysis revealed a sharp and persistent 30 percent increase in library use among children that persisted for ten years after the capital investment. Further, they observed increases in the number of books on hand, number of employees, and total operating expenditures after the so-called shock.

The academic effects are a mixed bag. The researchers found that, after the capital investment, there were gradual increases in reading scores—on average approximately 0.02 of a standard deviation, with the largest effects (around 0.04–0.05 of a standard deviation increase) emerging later in the study window. These increases corresponded to increases in library use following the capital expenditures and were not driven by changing demographics, other government spending, or local policies, as best as they can tell. There were no observed increases in math achievement, nor did housing prices change in response to the spending.

Subgroup analyses are imprecise, but their best estimates suggest that the positive reading effects may be driven by White and Hispanic students. Analyses by socioeconomic status show similar patterns of results for both disadvantaged and non-disadvantaged students, with larger positive gains for the latter. They find no large differences by age group, which is somewhat surprising, but SEDA data cover only grades three through eight. Additionally, results show that reading test score effects are largest in the smallest school districts, consistent with the notion that students in those districts are more likely to live near only one library, so perhaps they receive disproportionate amounts of “treatment” from a given library spending shock. Finally, the analysts found that their results were driven by districts with moderate and lower amounts of school-level capital spending, with the largest effects visible in districts that spend the least on capital expenditures.

In 2018, there were roughly 15,500 local branch libraries across the United States, where children checked out more than 750 million library items and attended library events more than 80 million times. Libraries have long been viewed as places of quiet erudition, youthful exploration, and discovery of new ideas. With digital reading more popular than ever, it’s heartening that investments in libraries benefit both communities and families with young children. So take your kids and check out a few summer reading selections at your local branch. The kindergarten canon is a great place to start!