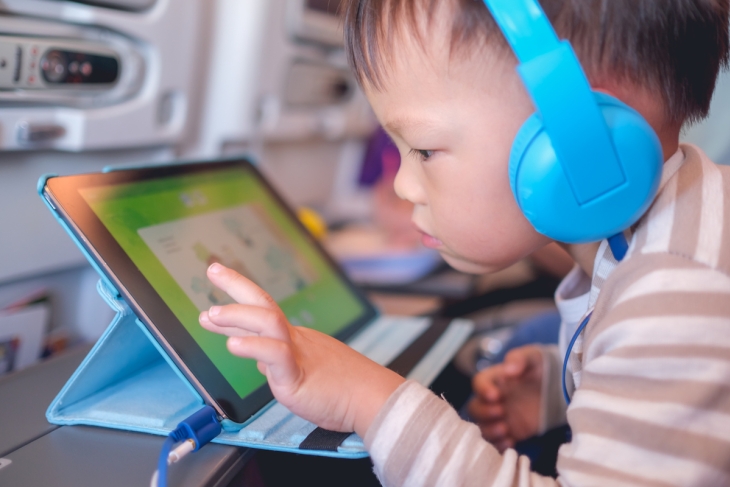 Research has found that high-quality pre-K programs can have positive impacts on children’s learning and development, improving outcomes like literacy and math skills in the short-term and even increasing employment and educational attainment in the long-term. Policymakers have leaned heavily on this evidence to argue for increased investments in early learning. Yet studies following children across elementary school have also found that the positive effects of pre-K on academic and cognitive skills can dissipate fairly quickly. This pattern across studies—commonly described as the “fadeout” or “convergence” of pre-K impacts—has received renewed attention in light of a new study finding that children assigned to Tennessee’s state pre-K program were actually performing worse on standardized tests and had more behavioral infractions in sixth grade, compared to children assigned to a waitlist control group. These findings have renewed the debate about the value of universal pre-K and the need for continued investments in early learning.

Often overlooked in understanding the “fadeout” phenomenon, however, are the types of children’s skills that are being measured by the assessments commonly used in these studies, such as the Woodcock Johnson or DIBELS. Most such assessments measure foundational academic competencies like letter and number knowledge, which are skills that all young children in the United States are expected to master in the early grades. It is not surprising then that children who do not attend pre-K typically catch up to their pre-K-attending peers on these outcomes. However, if these studies used assessments that captured a broader set of skills that children are less likely to quickly develop in kindergarten, policymakers would get more complete information on whether and how early learning investments pay off in the long term. To build better evidence on the impacts of pre-K, it is critical to strengthen existing assessments used for monitoring, research, and evaluation and to capture more robust information on children’s development across time. Here’s how:

Assess a more comprehensive set of children’s skills in pre-K and kindergarten. Across different pre-K models and child populations, researchers have generally found positive short-term associations between enrollment in pre-K and a wide range of basic and foundational skills, such as recognizing letters, letter sounds, numbers, and shapes. However, those benefits tend to shrink dramatically and cease to exist as soon as kindergarten. On the other hand, young children also develop a broader range of more complex and higher-order competencies—like critical thinking, problem solving, vocabulary knowledge, oral discourse, and executive functioning—during pre-K that are predictive of later school and life success. These skills are acquired gradually and continue to develop throughout a person’s life; they are more challenging to measure and are often described as being limitless or not having a “ceiling.”

Collecting information on children’s basic and more complex, higher-order skills can provide powerful insights into how early investments support development over the longer term. For example, researchers at MDRC conducted randomized controlled trials of two early math enrichment interventions in pre-K and kindergarten called Making Pre-K Count and High 5s. The programs had positive impacts through the end of kindergarten, as measured with an assessment called the Research-based Early Math Assessment–Kindergarten that captured basic and more complex math skills, including competencies like shape composition, patterning, and algebraic thinking. In contrast, there were no effects of the programs on the widely-used Woodcock Johnson Applied Problems subtest—a more foundational measure of math that focuses heavily on counting, addition, and subtraction—at the end of kindergarten.

In a separate study conducted by MDRC, the Boston Public Schools (BPS), the University of Michigan, and the Harvard Graduate School of Education, researchers found that positive associations between enrollment in the widely-regarded BPS pre-K program and more complex, higher-order language and math skills were more likely to be sustained through the end of kindergarten compared with other more basic and foundational measures of literacy and math skills. Researchers across the country have observed similar trends when studying pre-K programs in North Carolina, Virginia, and Ohio.

Reduce the burden of collecting assessments of children’s skills. However, measuring the full range of children’s skills can be time- and resource-intensive and difficult to accomplish on a large scale. Recent advances in technology may hold promise for addressing these challenges. Whereas earlier assessments of more complex skills like executive functioning required teachers to engage directly with individual children for fifteen to twenty minutes, there are now a range of tools that capture these skills in as little as five minutes and can even be administered by children themselves. The Minnesota Executive Function Scale, available on an iPad, involves an interactive, game-like interface that children complete with minimal teacher involvement. Advances in natural language processing technology also allow children to interact directly with assessment platforms to capture multiple indicators of language development—like children’s storytelling skills—that go beyond foundational literacy skills.

Some of these technological advances are already being implemented at scale. Virginia has been at the forefront of using technology-enabled early learning assessments, designed in partnership with educators, across public pre-K and kindergarten settings. Teachers collect the assessment data using an interactive tool that provides reports as well as resources to support individualized instruction in the classroom. A number of states and school districts are also using technology to collect student data with assessments like the DIBELS, NWEA MAP, and i-Ready, typically beginning in kindergarten. These more widely used tools capture skills like decoding, reading comprehension, oral reading fluency, and math skills that are used for diagnostic and monitoring purposes. These types of advances provide exciting opportunities for more seamlessly integrating assessments into the classroom, making the data accessible and usable by teachers and parents, and better supporting children’s learning and development.

Invest in data infrastructure to capture information across pre-K and elementary school. Even if policymakers invest in more robust early learning assessment systems, the data created need to be linked to information from elementary schools in order to know whether programs are achieving their longer-term goals. This is a big challenge because early learning programs are part of a patchwork system with limited centralized oversight or connection to one another.

But states and localities are increasingly developing systems to link data across the services and programs children participate in. North Carolina has invested in a state-wide Early Childhood Integrated Data System to connect data about young children across different education, health, and social service programs and settings. Mississippi has developed the LifeTracks system to securely link early childhood, K–12, postsecondary education, and even workforce data. Other states, like Pennsylvania, Maryland, and Massachusetts, are using or building similar systems. Having access to this kind of linked data will help policymakers determine whether investments are paying off over time.

Building better evidence on the long-term impacts of early learning requires expanding the range of children’s skills that are assessed, making that data collection feasible and scalable, and strengthening data systems to support continued evidence-building over time. Engaging in this work will yield broader knowledge to build better early learning programs and support the well-being of our youngest citizens.

Meghan McCormick, PhD, is a Senior Research Associate at MDRC.