The bravest man in education reform 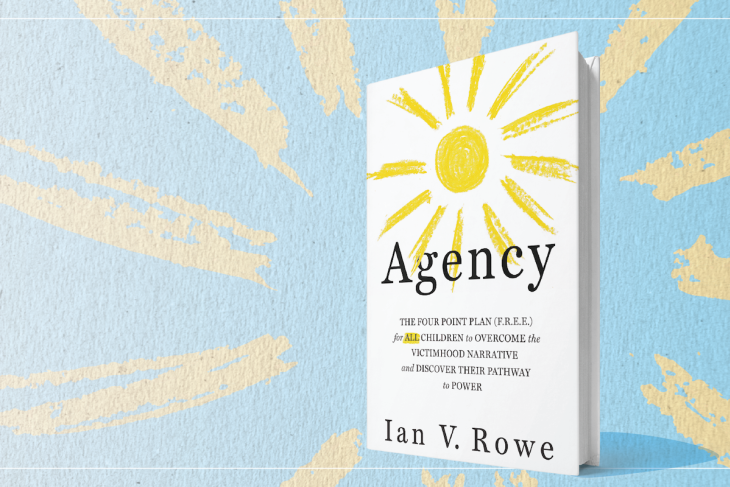 A few years ago, when I was writing my book about Success Academy and school choice, I had a moment of self-doubt bordering on despair. There’s a several-page passage in the book about Ian Rowe, who at the time was running New York’s Public Prep charter school network and bravely advancing an argument that was making him unpopular in education reform circles: Students’ personal choices matter. And so do the choices made by the education reform movement, which was steadfastly unwilling to address or even acknowledge the role that family structure and stability plays in students’ life outcomes. If a child in poverty graduates from high school, finds full-time employment, gets married, and has children, in that order, Rowe tirelessly pointed out—citing a pattern well-established in social science that’s often referred to as the “Success Sequence”—the chance they will remain in poverty as an adult drops to a mere 2 percent. “There is no public policy that comes even close to those kinds of results,” he told me at the time.

My despair was simply the depressing thought that I was writing the wrong book. I should have been writing about Ian Rowe. His inspiring personal story and the data he marshalled in support of nurturing students’ sense of agency deserved a full and fair hearing. So, too, his unsparing critique of those who make assumptions about group identity and ability while ignoring differences in attitudes and behaviors. That burden has been lifted because Rowe has put between the covers of his own new book, Agency, the vision he has been offering for years at education conferences, in op-eds, and interviews. He writes that agency is “not free will alone.” Rather it is “the force of free will when it is governed by morally discerned choice that dictate its eventual impact.” This message has taken on even greater urgency because education thought and practice have largely embraced exactly the opposite notion, which Rowe characterizes as “a bleak vision of individual powerlessness against insurmountable historic and systemic forces.”

In the book, Rowe tells the story that captivated me years ago. Touring the South Bronx with Public Prep staff, they happened upon a mobile DNA testing center with the words “Who’s Your Daddy?” written on the side. The truck and the demand for its services underscored for Rowe “the dysfunctional cycle of single young women who get pregnant, become parents too early and unprepared, typically are abandoned or under-supported by their equally unready male counterparts, and then witness their young children repeat the same behavior.” The blithe acceptance of this dysfunction as illustrated by the truck’s presence “challenged me to be brutally honest about what was required to empower kids to become masters of their own fate,” Rowe writes.

Digging further into data on family structure and its effects on education and life outcomes put Rowe “on a path of no return.” His conclusion in brief is that the famous Great Society–era Coleman Report basically had it right: Schools “bring little influence to bear on a child’s achievement that is independent of his background and general social context.” Rowe became a tireless promoter of the Success Sequence, based on groundbreaking research by economists Isabel Sawhill and Ron Haskins.

Rowe reasoned that the data on the Success Sequence were simply too compelling to ignore and not to share with students. Schools counsel students about drinking and drug use, birth control and safe sex; surely sharing data on the consequences of unintended, early, or out-of-wedlock births could only have a positive impact on student decision-making. And just as surely, data-driven education reformers, particularly those who adhered to the Success Sequence in their personal lives (and who would be gravely disappointed if their own children failed to follow suit), would eagerly see the wisdom of shouting such life-changing information from the rooftops, and...

Suffice to say that Rowe swiftly discovered the limits of ed reform’s appetite for courageous conversation and data-driven decision-making. A Harvard Business School colleague condescendingly told him that, as the child of immigrants, he couldn’t understand and didn’t live with “the consequences of slavery,” as if the world asked his immigration status before deciding whether to discriminate against him. Education Post’s Chris Stewart, whose racially charged writings and podcast largely promote the victimhood narrative that Rowe eschews, has made him a target of continued abuse and scorn. “Conservatives find the Blacks who say exactly what they want them to say,” he tweeted. Heterodox Black thinkers like Rowe “exist solely to scold Black people of behalf of white people.”

Ian is my colleague at the American Enterprise Institute, a Fordham Institute board member, and a friend, so my views are not dispassionate. But I have long considered him to be the bravest man in education reform precisely for his ability to remain genially unflappable and steadfastly committed to his advocacy in the face of these kinds of these kinds of intemperate condemnations from critics who are ideologically committed to the view that structural barriers are far more decisive for kids in determining their educational and life outcomes than their personal habits and choices.

But those who would unthinkingly dismiss Rowe as promoting mere “pick yourself up by your bootstraps” Babbitry, or who believe that merely to acknowledge what research tells us about family structure is to shame single-parents, will have to recalibrate their rejoinders after seeing the minimal patience Rowe displays with such reductive thinking. “One can simultaneously call for personal responsibility and grit while also acknowledging the shortfall of blame-the-victim thinking,” which fails to account for the failure of institutions that leave young people poorly equipped with the “knowledge, skills, and moral code necessary to embark on a self-sufficient life,” he writes. Rowe’s principal theme is the need to restore the mediating institutions that build and reward agency: family, religion, education, and entrepreneurship, or “FREE.” Rowe is clear and emphatic that young people cannot go it alone. “They need our help and guidance. FREE institutions must embrace them.”

Rowe says he wrote Agency “to help a rising generation realize that they have the power to shape their own destiny, even in the face of life’s inevitable obstacles.” But the book deserves and will likely find an even more eager audience among those of us in education who know in our bones that the victimhood narrative Rowe deftly dismantles is nihilistic, separatist, and simply untrue. Too often, he writes, “young people’s efforts to develop agency are thwarted, sometimes tragically, by the very people and institutions with the power and moral responsibility to propel their lives forward.” This is an emphatic rebuke to failure-fetishists in education, particularly those whose gospel preaches “a bleak vision of individual powerlessness against insurmountable and systemic forces.”

He’s right, and you know he’s right. Rowe urges us to be “unintimidated and unsilenced. We know what’s best for all kids,” he says, “and we know what works.” In seeking to inspire young people, Agency instead inspires those of us set out to nurture and guide them, but who have fallen, morally exhausted, into the foolish and easy comforts of blame and low expectations. Ian Rowe is calling on us to rediscover our own sense of agency, and in doing so, to help young people discover theirs.