Assessing the Nation’s Report Card: Challenges and choices for NAEP 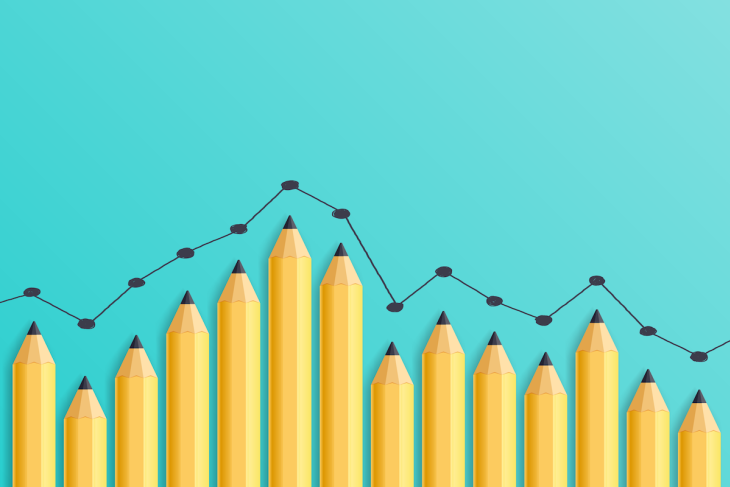 Tuesday marked the formal debut of the book that’s consumed most of my work life over the past two years, the book I generally think of as a “biography of NAEP” or “the past, present and future of NAEP.” I’m sincerely grateful to the Harvard Education Press for publishing it, to Fordham’s Pedro Enamorado for helping in so many ways to get it done, and to the Smith Richardson Foundation and Carnegie Corporation of New York for helping make it happen.

This has mostly been a labor of love, as NAEP has intersected my own life and career in many ways. That started in 1969 when, at the unripe age of twenty-five, I found myself behind a desk in the Old Executive Office Building as a very junior participant in Nixon’s White House staff, brought there by my graduate school advisor and mentor, the late Daniel P. Moynihan, who had just become a senior member of a multi-headed domestic policy team back in those heady pre-Watergate days.

NAEP was a toddler then, recently entrusted to the then-new Education Commission of the States, whose executive director evidently thought he should explain it to this green education staffer at the White House, probably because the federal government was paying for it—and wasn’t paying enough. That visit introduced me to the National Assessment, and it’s been in and out of my life ever since. The busiest phase came in the decade after 1985 when, first as Bill Bennett’s assistant secretary for research and then as first chair of the new National Assessment Governing Board, I had a fair amount to do with nudging NAEP onto what might be termed its modern trajectory. In the years since, I’ve kibitzed, advised, scribbled, and occasionally nudged some more, but from outside. (You’ll find a bit more kibitzing below.) Still, if I were hit by a truck tomorrow and someone tried to figure out if there was anything worth putting into an obituary, I’d hope that my recurring connection with the Nation’s Report Card might make it into the third or fourth paragraph.

In a couple of short recent pieces, I’ve termed NAEP “the most important test you’ve probably never heard of.” That’s not as true of Fordham readers, most of whom have at least one foot in the ed-policy or ed-research worlds where NAEP is well known and much used. But in the broader education universe, and certainly in the lives of ordinary parents and citizens, the “Nation’s Report Card” is essentially invisible.

In fact, when people asked me of late what I was working on and I said “a book about the past, present, and future of NAEP,” except among fellow ed-wonks, the response was often a blank look and polite smile. Educated and worldly though my interlocutor probably was, maybe even a close relative, he or she usually had no idea what I was talking about.

The main reason is that NAEP has no immediate impact on most Americans. It tells them nothing about their own child, their own school, or (with a handful of exceptions) their own community. From the standpoint of a parent or grandparent, local taxpayer, teacher, or principal, it’s just not very relevant.

Yet NAEP is, and for decades has been, America’s premier gauge of whether its children—all our children—are learning anything in school, whether they’re learning any more today than years ago, and whether the learning gaps among student groups are narrowing or widening. Moreover, it supplies that information not just at the end of high school, not just among college-bound students, not just among fifteen-year-olds, and not just for the entire country. Nor is NAEP confined to reading and math. Rather, it (usually) reports on pupil achievement in grades four, eight, and twelve. It does that for as many as ten different subjects. And it does so (at least some of the time for some of those subjects in some of those grades) not only for the nation as a whole, but also for every state and for several dozen big-city school systems, as well as some categories of private school.

Also important: NAEP is far more than a simple barometer gauging changes in education performance. It also enables users to determine whether what their state expects of its fourth graders, say, in math, or eighth graders in English, is up to a widely accepted version of national standards for those subjects, namely the trio of “achievement levels” devised—and faithfully defended—by NAEP’s governing board.

Because NAEP makes accommodations for children with special needs while requiring schools to include most such children in the tested population, it both supplies accurate information on how they’re faring academically and sets a good example for states’ own assessment regimes. Because it employs a variety of test questions, not just the multiple-choice kind, it provides sophisticated information about how well young Americans can perform important advanced assignments such as writing coherent sentences and paragraphs that explain things and cite evidence.

Besides all that, NAEP subtly causes U.S. education to improve by providing educators with feedback on what groups of pupils can and cannot do in the subjects that matter most, and it provides this in ways that illustrate how many are good (or not) at various elements of those subjects.

That’s why it’s important, even if it’s invisible to most Americans. Yet NAEP is far from perfect—and the second half of the new book wrestles with current challenges, shortcomings, and possible future scenarios.

Some of NAEP’s issues were also laid out in a recent review by the National Academies of Science, Engineering, and Medicine (NASEM), and some have been acknowledged in a long “we’re working to fix it” blog by NCES Commissioner Peggy Carr and NAGB executive director Lesley Muldoon. Others will doubtless turn up in an audit spearheaded by IES director Mark Schneider.

NAEP today is creaky in its technology, expensive, cumbersome in its decision-making, and getting shaky in its governance. For me, its biggest single shortcoming is the failure to systematically supply state-level data at the twelfth-grade level. That’s the end of high school, the point at which the products of our K–12 system emerge into college, career, citizenship, and adulthood. One might expect state leaders to demand systematic NAEP-style data at that point above all others. Yet it isn’t happening.

Looking ahead, my top anxiety for NAEP is the possible politicization of its governing board, known as NAGB. There’s a special place in my heart for this body, and fond—perhaps too rosy—memories of how, despite its meticulous, bipartisan, “Noah’s Ark” composition, over the years its twenty-six members have almost always managed to come together in pursuit of a shared vision of NAEP’s role and function. That capacity for consensus at the top—and the board’s independence from Education Department dictates, partisan tensions, and interest group hang-ups—has arguably been NAEP’s single greatest asset and the most important guarantor of its integrity and respect-worthiness.

But as culture wars permeate just about everything else nowadays, there are signs that they’re making their way into NAGB, too. The board nearly came to blows over its recently-concluded new reading framework and is currently heading into the stormy waters of science, likely followed by the even stormier territory of civics and history. Can the center hold? Can consensus still prevail? I wish I were confident.

Meanwhile there’s this book you can now read. The first half is history, which I expect most everyone will generally agree with. The second half, dealing with current issues and future scenarios, may prompt more controversy.

But please have a look and see for yourself. More importantly, please do all you can to preserve and strengthen the most important test that most Americans have never heard of.